Utah Jazz vs Boston Celtics: Will this be a low-scorer? 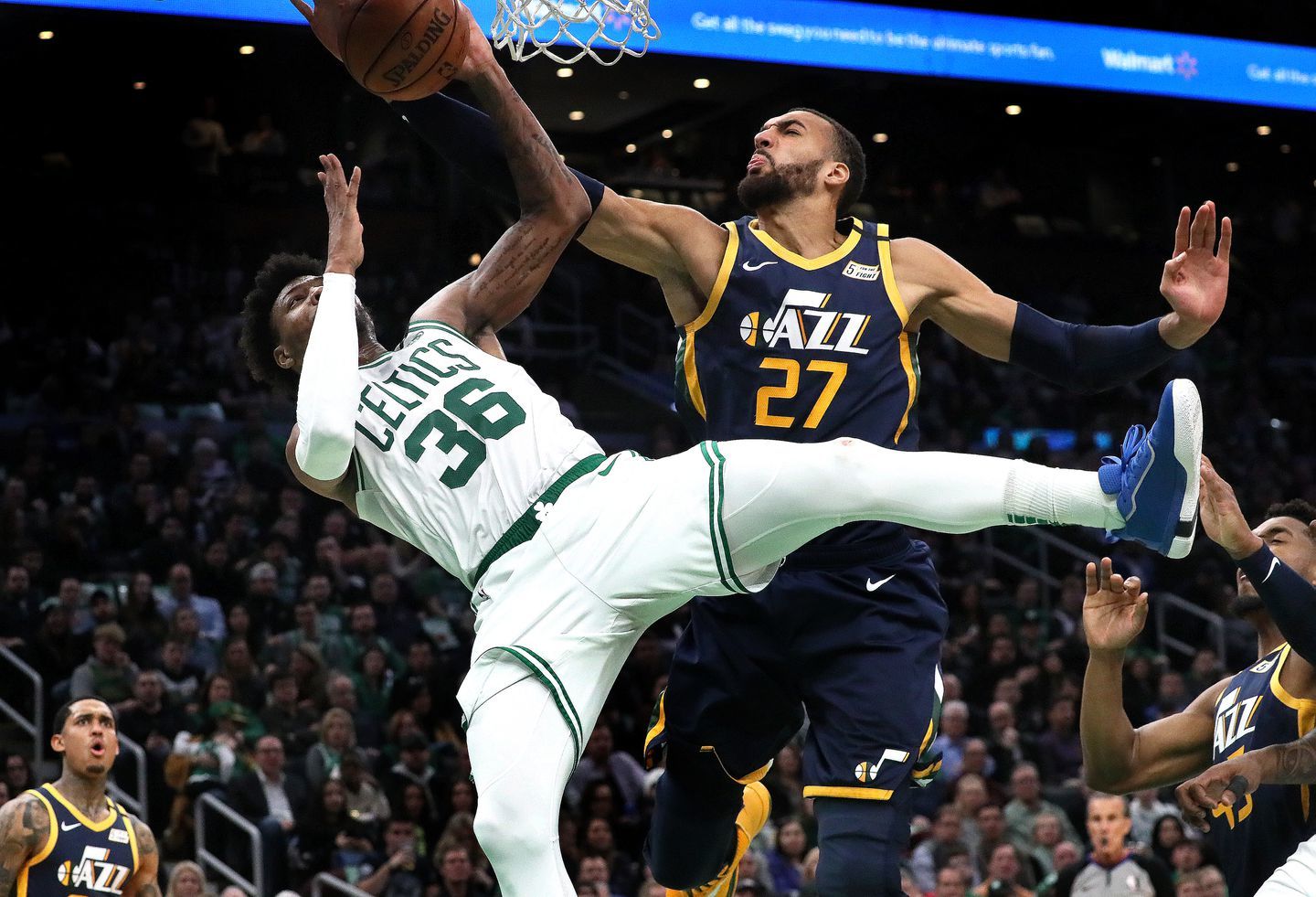 NBA betting is a gruelling practice, a basket made or basket missed can overturn the tables. Let us take an example, Clippers didn’t allow more than 120 points many times this season but two sub-par offensive teams lined up 120 or more against them. This is the unpredictability of the league, before you are surefire about picks, do keep that in mind but yes, still, you can work out metrics, matchups, etc. In this game, the Utah Jazz host Boston Celtics and the bookmakers heavily favor the Jazz. For the total prediction, go to the “Expert Betting Tips” section. For a quick look at the scenario, go to the “Notes” section.

Jazz’s hot spell: Jazz has scored 110 four times and more than 120 points two times in four of the last five games. The team had lost two of its five games by just one point while the squad racked up 20+ wins in the last two games. However, most of those games have also come against largely sub-par defensive units so do keep that in mind. The Celtics has been better than the likes of Trail Blazers, Grizzlies, Pelicans, etc. Still, with Mitchell dipping in 25-30 points consistently, Bogdanovic, Clarkson, Ingles, and Gobert combining for a good 60-70 points along with Royce O’Neale and Mike Conley both capable of scoring 10+, you shouldn’t be surprised with this team’s high scoring.

The Celtics have been a bit cold: Celtics have a peculiar offensive system. The team is only among the 6 teams whose pace is below 97. What does that mean? It means that the squad is not centered around the quick-fire style but plays a slow, methodical one. One reason for that is Jayson Tatum’s play who works around different in iso situations, setting up his shots through different moves. Celtics’ best offensive game in the last five games has been a 109 points outing versus Toronto while they have been held to 104 and lower three times. Celtics love low-scoring games as of now.

Jazz’s special defense: One of the most important aspects of playing the defense is rebounding the ball after a miss and with Rudy Gobert in the middle, you are guaranteed major rebounds and hard-nosed box-outs. Jazz doesn’t allow more than 41.7 rebounds per game and their defensive rebounds allowance number of 31.7 is the best in the league. The defense is also terrific at the perimeter with Conley locking it up and limiting opponents 32.3% for the season from the three-point line. Conley along with dynamic Jazz defense allows second-least three-pointers to opponents to just 10.4 a game and the Jazz defense is also airtight with Gobert patrolling the paint.

Celtics have become defensive-minded: If we take out the 123 points outing by Brooklyn, the Celtics have allowed 100 or less in four of the last five games. Boston can defend well and especially when Robert Williams is playing. Smart is an elite perimeter defender, Tatum is improving while Robert Williams and Horford use their size to clog the lane inside. Celtics have allowed under 44% from the field during the season and it is clear that defense is a crucial part of Udoka’s agenda even if he is willing to sacrifice some of his offense. Boston can turn their season around if the offensive returns are coupled with the current defensive effort. However, they have to be beware of the high-scoring Jazz who has multiple tools to score.

The frontline match-up is interesting here: This is my favorite section because player profiles can determine a team’s resources. At guard, you have Marcus Smart probably guarding Donovan Mitchell and Marcus can be real pesky. However, my eyes revolve around the Power Forward/Center match-up. You have Al Horford and Robert Williams dealing with two physical players in Royce O’Neale and defensive Player of the Year. It guarantees a riveting battle on the rebounding end. Rudy can dominate most Centers but with Robert Williams and Al Horford, the Celtics have a size advantage over Royce O’Neale. Probably, the wing advantage belongs to the Celtics who have Jayson Tatum matching up against Bojan Bogdanovic. However, I believe the Jazz has a better bench with Ingles and Clarkson being superb scorers and floor stretchers. Can Schroeder get out of his shooting funk and increase Celtics’ chances? His recent shooting slump has really hurt the Boston Celtics!

Points Range: This can be a low-scorer but Utah has the depth to fight it out whether it is a high-scoring or low-scoring affair. One thing is clear: Boston wants to be nowhere near a shootout these days. They want a slow-paced, slowly developing game with like 24-25 points a quarter on average. Jazz will relish the opportunity to test the Celtics’ offense here. Taking metrics in account, I believe this to be a low-scorer with points range between 195-205.

Prediction: Bookmakers have no belief in Boston and that is understandable, they have been at best decent this season while Jazz has enjoyed more success. Instead of the winner, I believe the scoreline will read something like 100: 96. Let us see, it is the NBA, anything can happen!