Utah Jazz vs Dallas Mavericks: Mavericks can have a painful time against the high-scoring Jazz 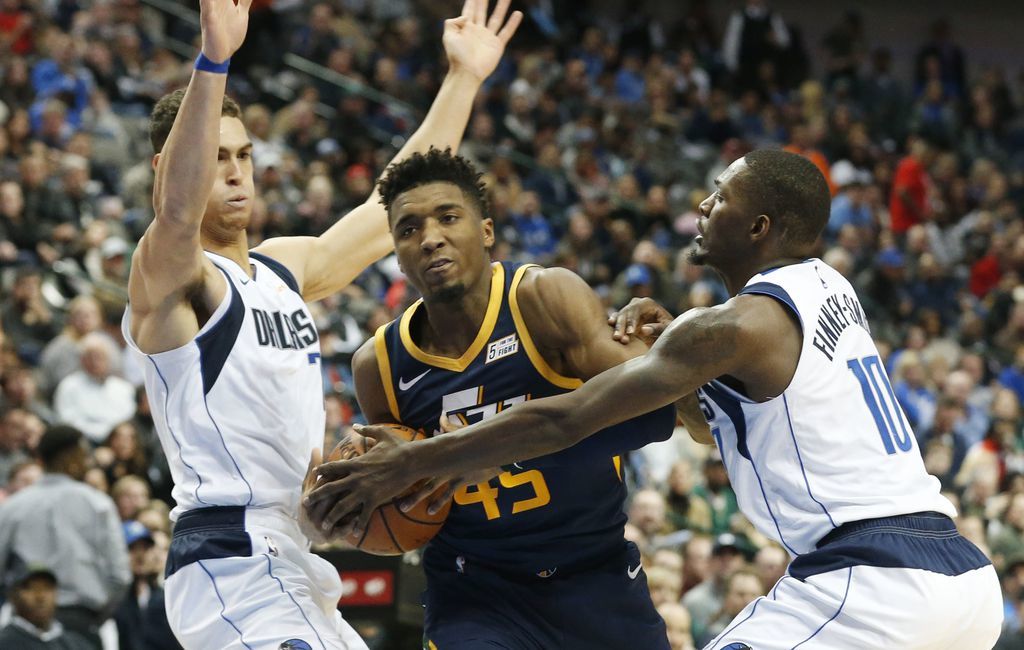 Merry Christmas to all! The cursed COVID-19 has dampened the Christmas table of the NBA as major superstars and key players in rotation are missing from the rosters for these much-awaited Holiday season tilts. Still, bookmakers, bettors, tipsters, and readers will rack their brains over predicting the games between multiple squads throughout the season. And here we are discussing the game between the Utah Jazz and Dallas Mavericks. Jazz are one of the best teams in the league with 22 wins and nine losses while the Mavericks have 16 losses and 15 wins, losing two of the last three games without Porzingis and Doncic. Can Dallas beat the odds that are humongous against them? For a quick overview, jump to “Notes” section. For game and total prediction, go to “Expert Betting Tips”.

Jazz can run rampage: The scary thing about Utah's team is that most of their wins this season have been by 10 points or more and an advantage of 15+ has been commonplace. Jazz takes over the game from the tip-off and by the half-time they take huge leads, which is why late in the game they can afford to miss some shots because their lead has ballooned each quarter during many games. The Jazz has a vast reserve of scorers and sometimes as much as six of their scorers can cross the 15 points mark which is a scary issue for the opponents. With Mitchell, Ingles, and Conley, the team has three big-time playmakers while the rest of the unit can cover ground on scoring both from perimeter and inside.

Mavericks keep on fighting: Gotta give credit where it is due, Jason Kidd’s coached Mavs are feisty, they don’t give up that easily. It is their defense which keeps them in many games, as except Timberwolves, no team has been able to score more than 106(In Regulation) in the last ten games. Also, the Porzingis-less Mavs held the last opponents to 102 points which is commendable especially when the team limited the Bucks to such a score. The Mavs’ offense has compiled some 110+ points even without Doncic but the likelihood of that has gone down understandably.

Match-ups: Rudy Gobert will create problems for the Mavericks on both ends of the floor. The Mavericks will potentially have Porzingis for this game and he and Powell can keep Gobert off the board, although still he can get about 15 here. With Mitchell, Conley, Ingles, and Clarkson, the Utah Jazz has the Mavericks heavily outmatched who have relied on Jalen Brunson after Tim Hardaway has also gone away. At wing and Forward, Dorian Finney-Smith and Sterling Brown will have their hands full against Bogdanovic and O’Neale. Overall, the bench of the Jazz can outmatch the Mavericks and the Mavericks are beat when it comes to multiple match-ups, except the big Forward as Porzingis is a high-yielding option.

Points Range: Utah’s games have gone at least as high as 229 in terms of the overall total during most of the games. Conversely, Dallas’ game hover around the 200 points mark and even under it at times. This is a huge contrast between the two squads, one likes shootouts, other prefers low-scorers. The Mavericks have nowhere to hide against the Jazz’s barrage on offense and the Jazz can contain the Doncic-less Mavericks. Still, with Brunson and Porzingis, the Mavericks can dream of getting past 100 and close to 105 at least. With the Jazz-based games, a points range of 220-235 can’t be discarded here.

Prediction: The Mavericks have their work cut out here and will have to depend upon the ten-day deal players to fill up the minutes column unless someone like Tim Hardaway Jr. clears the protocols, which doesn’t seem so. The Jazz is an overwhelming favourite for this game unless the Mavericks’ offense and defense can pull off something special. I think the Jazz will win her with a score of 117:106 or somewhere around that.