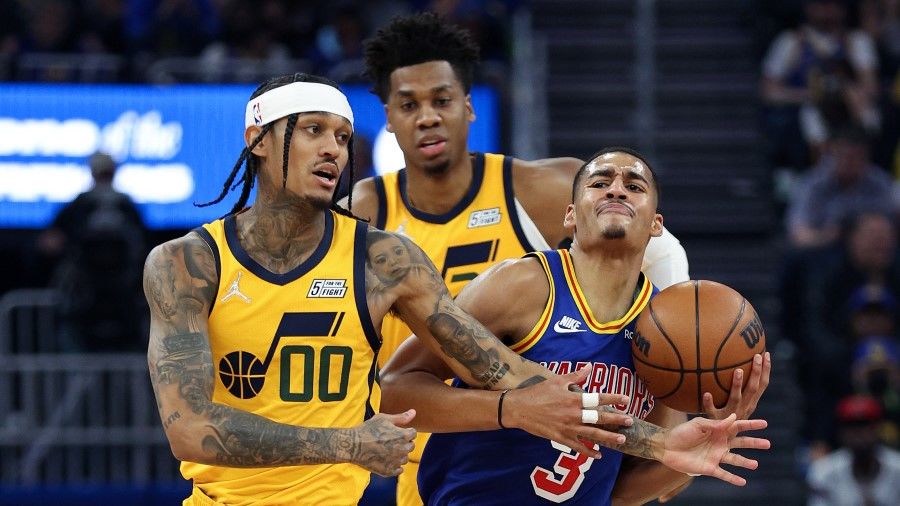 NBA is on and this has been another fascinating season as we head deeper into this intriguing window. Teams have already risen and fallen at an alarming rate and a packed schedule brings the test of perseverance as fatigue, injuries, and other factors pile up. One of those fallen teams the Utah Jazz will take on a rather inconsistent Golden State Warriors outfit, the defending champions.

The Jazz enters the affair after losing 112:116 against the Trail Blazers despite a 24 points performance by Jordan Clarkson. This snapped a two-game winning streak but Jazz’s struggles are deep lately as the team has lost six of their last eight games. The Jazz still holds a strong eight wins and four losses record at home and the squad has been leaving strong imprints on the offensive end. They have one of the best three-point shooting teams and their ball movement is also incredible. Their defense has been holding them back and if there is a cold offensive spell, they are down by big many times. Can the Jazz get the old tune back or will they continue to sink further after starting the season with 10 wins and three losses?

The Warriors enter the game after losing 104:112 against the Indiana Pacers despite a 28 points performance by Klay Thompson. This was a rare loss at home and that too against a squad that had lost three in a row. The Warriors have just 13 wins out of 25 games, and that isn’t even close to being a performance worthy of a championship squad. Stephen Curry has had his moments as usual but the overall cohesion and scoring balance have yet to be achieved. The defense has been in tatters and for a team that has struggled on the road, losses against teams like the Pacers at home are going to hurt the chances of repeating again. The Warriors haven’t picked up the required winning habits so far this season and they need to make some moves to strengthen what has been the worst bench in this league with the exception of Jordan Poole.

Without Wiggins, Curry, and Green, the Warriors will rely upon Jordan Poole and Klay Thompson to come up with the bulk of offensive responsibilities. Anthony Lamb, Jonathan Kuminga, Donte DiVincenzo, and JaMychal Green will get extended roles which don’t make up for a dependable scoring lineup. That is why the Jazz certainly has an edge here and if they can shut down either Poole or Thompson, their chances of winning look high. I’d back them to win here and predict a 120:110 scoreline in their favor.