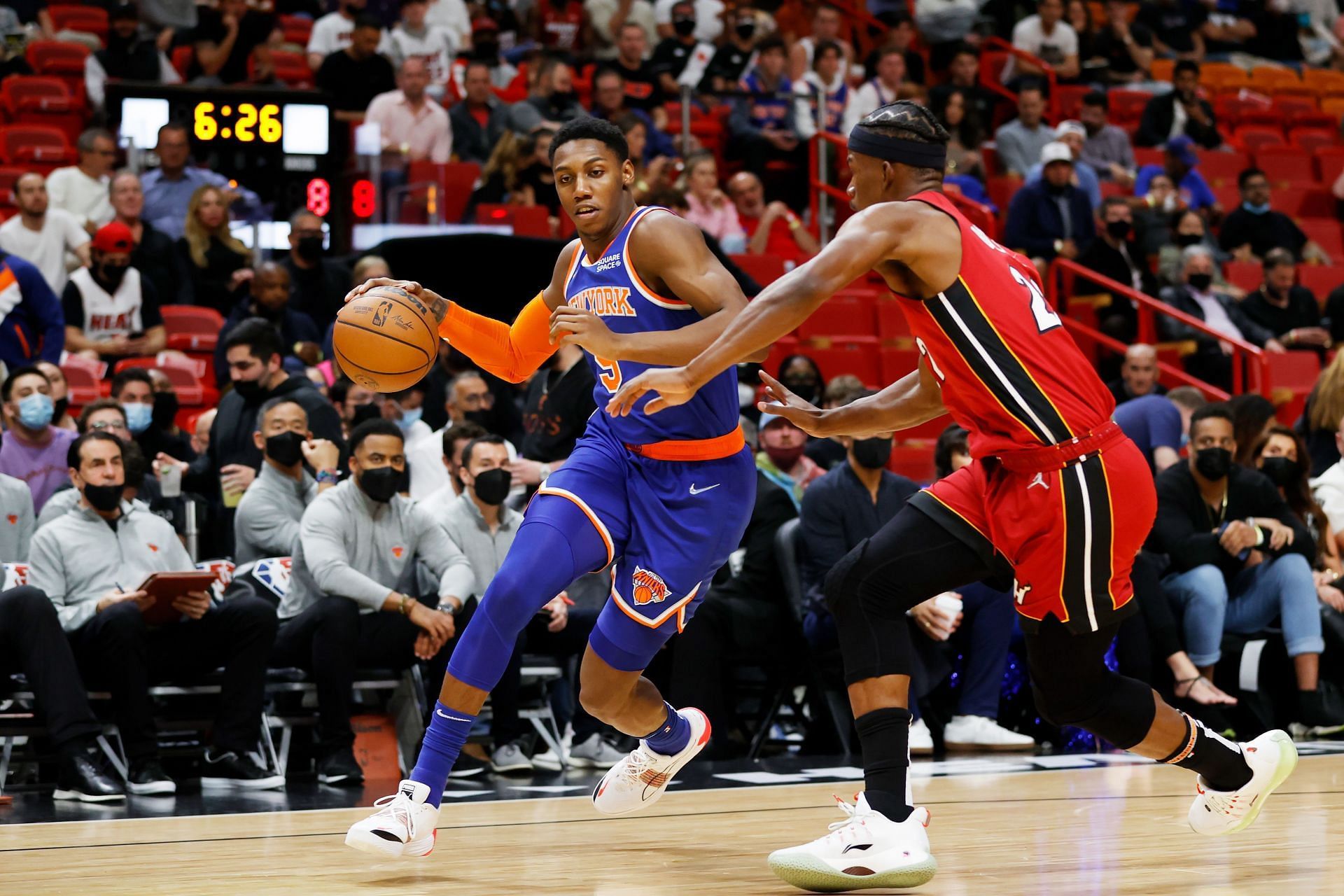 Buzz, buzz, buzz. Yes, this is the trade buzz and many rumours do fall flat and there are times when the under-the-radar trades occur in the league. The management keeps it hush-hush more often than not and you never know which player can be traded. And well, this is a great opportunity for players who want a change of scenery and for managers who want to ease their financial burden. But yes, while the NBA is indeed a business model at the end of the day, the players' movement can have several types of impacts on those around the player and the players themselves. Anyway, keeping that in mind, let us jump into this game between the Utah Jazz and the New York Knicks, two teams that can be active during the trade deadline.

Utah Jazz has won 32 games and lost 21 games, currently on a two-game winning streak but they have had a difficult time since January in terms of winning games. Well, one of the major reasons for that has been the absence of Rudy Gobert, who is the defensive anchor, leading rebounder, and finisher inside. The team balance has been disturbed because Donovan Mitchell has been in and out of the lineup as well and the injury to Joe Ingles has also distrupted the one-guard balance. The Jazz will look to regroup as the postseason is a few months away now. Will they make some trades?

On the other hand, the Knicks have struggled even more and they are currently on a four-game losing streak, and their offense keeps crumbling at crucial moments, and their inability to close out games and give away advantage have kept them behind. The Knicks have lost 29 games and just 24 games, down compared to their last season’s returns. Julius Randle has had a tough relationship with fans and he may look for a change of scenery if things continue as they are right now. Can the Knicks snap their losing streak against a rudy Gobert-less Jazz? For my game total and result prediction, jump to “Expert Betting Tips”. For my player-based prediction, hop to “Player-Performance Prediction”.

What is next for the Jazz?

The Jazz has had a tough time since January and after they had compiled a 25 wins and nine losses record, they havae lost 12 games and have won just six, which makes for a 67% losing window, surely, not the template set by the team last season. The Jazz can’t overcome the absence of Gobert. He is the team’s best defender, covering multiple holes as the rest of the defenders except Royce O’Neale need help defense time and time again. With Gobert, the team also gets a lot of offensive rebounds, hence increasing the number of attempts and his ability to get inside points, also opens up shooting lanes.

That is why there are rumours that the team is in hunt for two-way wings even if Bojan Bogdanovic is a quality scorer. Mike Conley at one-guard has not been performing like prior seasons on both ends but he is still a terrific guard. Jordan Clarkson brings great production on the offense off-the-bench but again, he can’t address the defensive woes of the team. Overall, the Jazz does need a lift on the defensive end and Rudy Gobert’s presence is essential on both ends of the floor. That is why there is a rising sense among the league that the team can make some trades soon.

Julius Randle’s numbers are down this season especially in terms of points per game and shooting percentage. He has always had trouble with turnovers but last season, he overcame that with his power-packed game inside. He is a solid all-around player but seems to be disgruntled with his current situation this season. He was the fan-favourite last season and now his relationship with the fan base has gone off the rails for sure, you can argue beyond repair unless the Knicks made a run. But will he even be a part of the squad after the trade deadline?

The biggest issue for the Knicks have been that they don’t even have a wing player who can provide dynamic scoring. In my opinion, a player Bojan Bogdanovic(Jazz’s wing) could have helped them on offense and his defensive lapses could have been covered by Julius Randle and defensive Center Mitchell Robinson. RJ Barrett has struggled to keep things consistent while Evan Fournier despite his decent returns recently has not showcased efficiency. Alec Burks and Immanuel Quickley have not been shooting well but I believe if Quickley is inserted in the starting spot, he can become a viable playmaker and scorer. Obi Toppin hasn’t been getting minutes and I have been arguing for a long time that if the team had a substantial playmaker, his impact could have been felt. Overall, the Knicks do need a change in the current setup because the team chemistry has gone off and Julius Randle looks frustrated.

Points Range: The Jazz has had a tough spell since December in terms of offense. They have scored in the 105-108 points range largely these days but I think if Mitchell heats up, they can go past 110 in the upcoming window. On the other hand, the Knicks have scored around 108 points quite a bit lately but their offensive woes have been recurring throughout the season and they have folded under 100 points a bunch of times this season.

Defensively, the Knicks have been better on average than the Jazz but I am seeing their team chemistry crumble on that end too. I think the Knicks' confidence has fallen on defense. I believe the Jazz will score at least 106 points here while the Knicks will hover around 105 points. I think the total points range is 211-220.

Prediction: The Jazz will be looking to build on their two-game winning streak while the Knicks would have been gutted after blowing a 20-point lead in the last game. I see the Jazz coming with a strong game here and Mitchell taking over the proceedings at some point. The Knicks will struggle big-time during one of the quarters and fall behind. So, I see the Jazz taking the game 111:100.