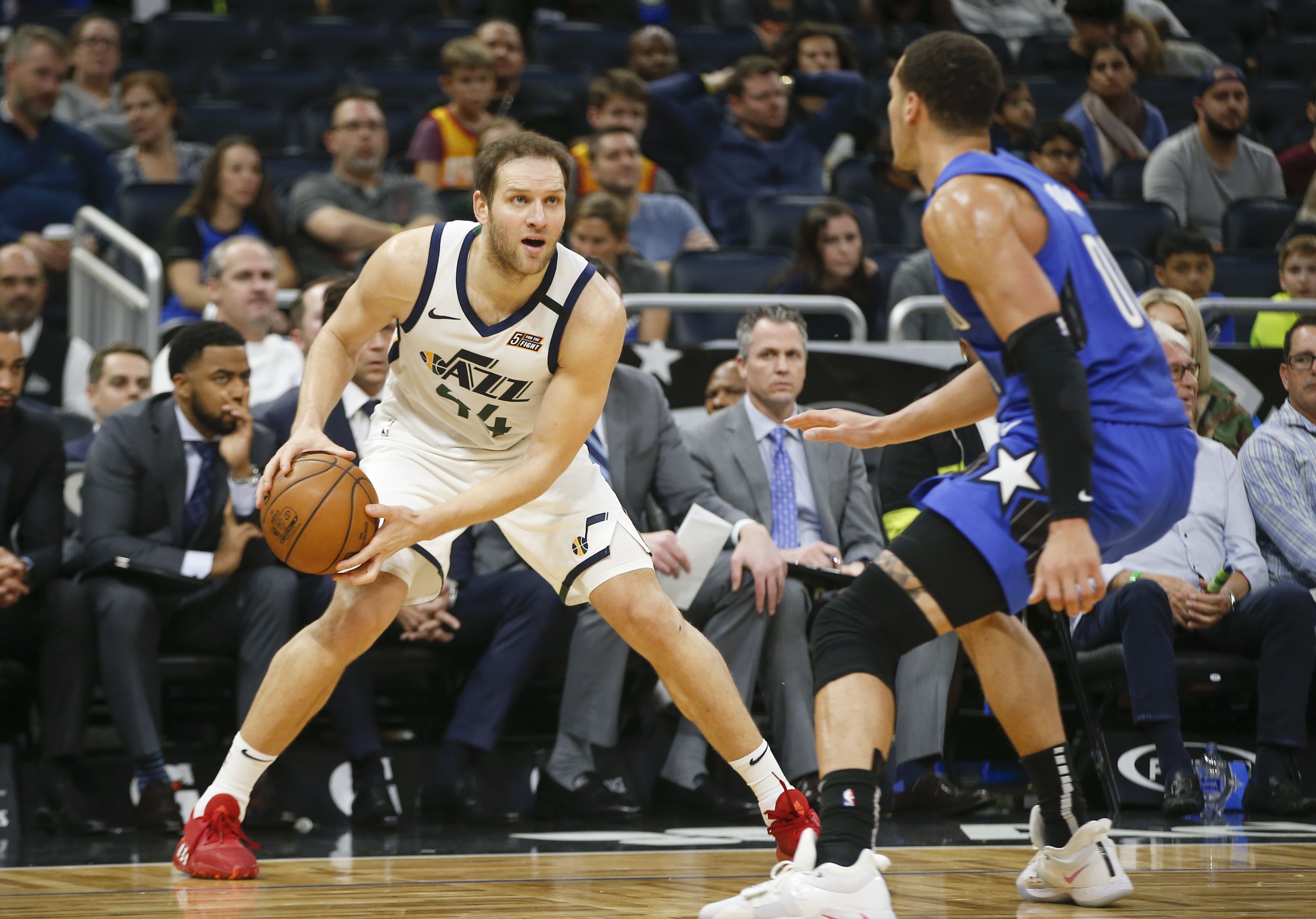 NBA trade deadline came and went away and as expected, it brought a wealth of changes for several teams. And these trades certainly can transform the way the season will go for many teams. While some teams reset their squads, completely doing away with their core while others have bolstered their reserves. That is why this window is crucial because it changes the way you look at different teams and their trajectory. Anyway, let us jump to the game between the Utah Jazz and the Orlando Magic.

Utah has lodged 34 wins and 21 losses so far but the team has won four in a row after they had suffered a five-game losing streak. This has been a great turnaround for Utah who was struggling earlier and perhaps the win against the Golden State Warriors has to boost the confidence of the team. Another great part about the winning streak has been the team winning without their leading defender Rudy Gobert The Jazz traded Joe Ingles before the trade deadline and brought in Nickeill Alexander-Walker, a move that can fetch a scorer off the bench.

On the other hand, the Orlando Magic, who are rebuilding right now have lost 43 games and just has 13 wins, which makes for the second-worst record in the league. Despite the current record, the Magic has done rather well this month, winning five out of the last nine games and this is surely a strong return for such a team. However, the team will enter as an underdog here as the squad clashes against Magic. The team didn’t make any major moves and acquired young Center Bol Bol recently. Anyway, can they tackle the threat of a strong team in Jazz? To know my game total and result prediction, jump to “Expert Betting Tips”. For my player-based statistics prediction, go to “Player Performance Prediction”.

The Jazz has been blooming again

Utah had a tough period since the second week of January and their season was upside-down. The team had lost 11 of their 13 games and there were speculations that they could trade Bojan Bogdanovic or some other core player. Most of these losses had been without Donovan Mitchell and Rudy Gobert, where Donovan is the best offensive option and Gobert is the best defensive option. But since Donovan got back in the regular rotation, the team has won four in a row and that sure will boost the confidence of the squad that finished the last season with the best record in the league.

The team signed Nickeill Alexander-Walker and he can certainly fill in some points both from outside and inside and perhaps with a better shooting team, he can improve his shooting percentage. Meanwhile, Bojan Bogdanovic, Jordan Clarkson, and Mike Conley are brilliant complementary players to Donovan and they can score in various ways. Whiteside and Azubuike have done well filling in for Gobert but ultimately the team will need him. Donovan has been doing a great job in terms of being a playmaker and has also clinched rebounds at a higher rate.

Magic has a solid core

When I look at different rebuilding squads, I see Magic has the most promise because of the way they have played this season. The team will be surely heading to another lottery and will look to make hay during the draft but I think if the team brings in an All-Star level player, the Magic can surely become a Playoff team. Orlando had been missing some of the key players in Markelle Fultz and Jonathan Isaac throughout the season and with Isaac gone, the team’s defense has been missing but I think the Magic has been built one so far.

Cole Anthony and Jalen Suggs as the backcourt can be a great one down the line but yes, they have efficiency issues too sort but there is a lot of potential. Franz Wagner is a terrific wing and just in his rookie year, he has shown a lot of growth, his ability to drive to the hoop has especially been impressive. Wendell Carter Jr. has been improving as a scorer but his rebounding and defense are perhaps his best tools. Mo Bamba needs to be more consistent but he has grown in the starting role. On the other hand, Chuma Okeke has been impressive off the bench while Gary Harris is a dependable scorer off the bench.

Prediction: Magic has struggled all season long and despite their current above-average stretch, the team runs into the Jazz unit that has figured it out recently. I believe Conley, Mitchell, and Clarkson will have a terrific game here in tandem and the Jazz will seize momentum by the middle of the third quarter. I see the Jazz taking this game 117:103.