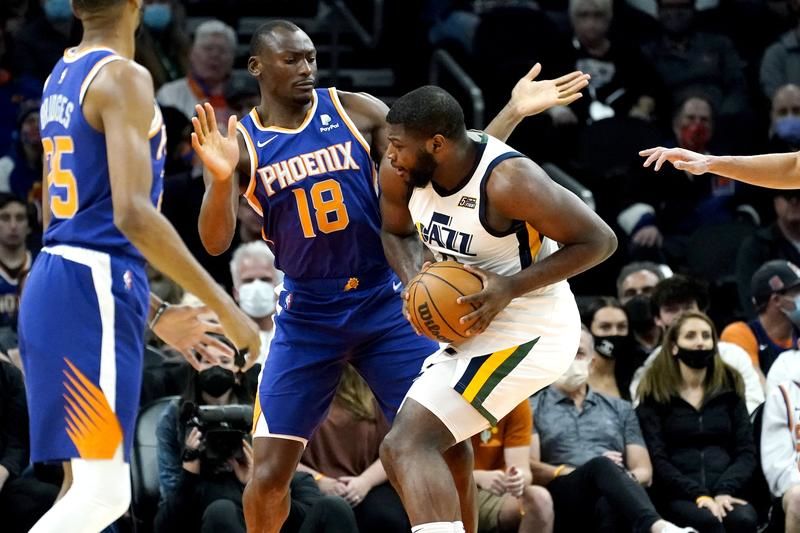 The NBA midseason is here and frankly, some squads have seen big-time fall in this window, teams who had been doing way better till December. For other teams, who have seen a lift, there have been various dynamics working in their favour, including getting a healthy roster back and various other scenarios. Now this is a tricky period because the trade deadline is just a couple of weeks away and there can be various teams that can make trades to better their roster or move away contracts that they don’t want. In this game, the Western Conference rivals Utah Jazz and Phoenix Suns meet here.

Overall, the Utah Jazz have won 30 wins and lost 18 games and have lost four of the last five games in a difficult month where the team keeps losing streaks. On the other hand, the Phoenix Suns are on a seven-game winning streak, continuing their hot season and are the only team not to have lost ten games so far this season. The Suns have showcased their depth throughout the season and with Booker on fire offensively, the team has been even more imposing. The Jazz are playing without their leading scorer Donovan Mitchell for the past few games and the team’s balance has disturbed big-time recently. The Suns beat the Jazz 115:109 during the last meeting when the two teams meet in Phoenix last game. Can the Suns repeat such a performance? To know my game total and result prediction, go to “Expert Betting Tips”.

Utah is having a tough time on both ends of the floor this month. This is the team that finished with the best record in the league last season but now, things have fallen apart. The team was largely healthy till December which enabled an amazing 25 wins and nine losses record. However, since the month has begun, Utah has lost nine and has won five games, and if you take into account the team’s performance since second week, they have lost eight out of their ten games, losing in blowout fashion mostly. Well, this is really a fall for a team that had a 73% win record till December but injuries derailed their season big-time.

First, the injury to Rudy Gobert made the defensive fragile and when the team lacked his offensive rebounding and inside scoring, the team lost the rhythm. And now with Mitchell out, their offense has also started cold during many games but yes, overall, the Jazz’s main issues are still defensive ones. They will play against Grizzlies during the next game and well, things are looking grim for the rest of the month. Well, it isn’t like that the season is lost, the team still has 12 more wins than losses and they have not fallen behind at all. If Jazz gets a win against a loaded Suns then it can help their confidence big-time.

Suns are on another level

Phoenix has been on fire since the beginning of the season and well, somehow, they keep improving and some of their wins have been prolific recently. Suns have won seven in a row and this is a team that has been on an eighteen game winning streak, since then they have won six in a row twice and now when they are on a seven game winning streak, they have looked more imposing somehow. The best part of the current streak is that they have won without Deandre Ayton and that is a big deal because it means that the team’s depth is incredible. And yes, it is indeed their depth that has rescued them.

Yes, their depth is incredible but the system largely works due to their backcourt. Chris Paul and Devin Booker have complemented each other well and form to be the best backcourt in the league. Paul has been leading the league in assists while Booker has hit one of his hot shooting streaks these days, pulling off big shooting nights. Even with Crowder, a major Forward for the team, the wing duo of Mikal Bridges and Cameron Johnson brings shooting, slashing, and defense. McGee is out for the game and even Payne is out so yes the bench will be thin but overall, the Suns are the type of team who can overcome hurdles through their terrific backourt and the system that has been built around them.

Points Range: In terms of points, the Suns have been clicking on a regular basis. Phoenix have been scoring in the 109-115 points range largely and with their defense, they can pull through if they are scoring that much. On the other hand, the Jazz, who were scoring as much as 115 or more on a regular basis, can have some cold nights, but that end is still going on due to the team’s scoring depth. Returning to the Suns, defensively, they have not allowed 110 points in the last seven games. Well, the Jazz did come close to 110 scoring 109 in the last game and the overall scoring total was 224. I believe the total points range here is 220-230.

Prediction: The Jazz got cold in the fourth quarter during the last match versus the Suns, and well, this is one of the strengths of this Suns team, they have done well in terms of closing out games. And with Gobert out, they can’t extract the advantage out of a thin Suns Center lineup with first their premier player Ayton out and now with McGee out. Chris Paul and Devin Booker combined for 60 points in the last game while Johnson had 20 in the last game. The Jazz got big contributions from Clarkson and Forrest in the last game and to be honest, the Jazz played with a second-string squad and still gave the Suns trouble. I think this one will not be that close and ultimately, the Suns will win this 120:109.