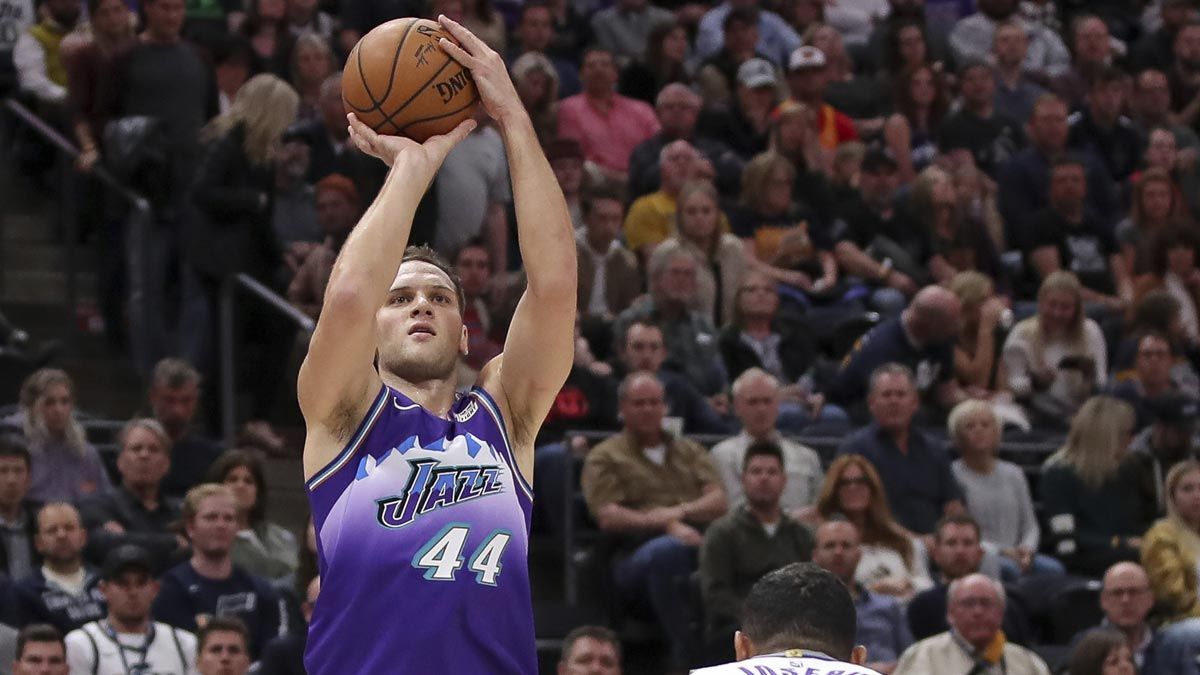 The NBA betting scene can be a tricky terrain and with each day, the number of upsets is mounting and some lower-ranked teams have given a lot of trouble to some of the high-quality teams. This is due to various young teams figuring out their team chemistry and figuring out the NBA dynamics. The Western Conference has seen a lot of flailing teams though as the injury list has mounted for young teams like Thunder and Trail Blazers. Talking about the Portland Blazers, in this game they will take on the Utah Jazz in a classic Western Conference battle.

The Jazz has done an incredible job of winning since February and the team has won 40 games and has lost only 24. Although the squad lost to the Mavericks in the last game, Mitchell and co. have lodged four wins in the last seven games. Despite losing to the Mavericks, Pelicans, and Lakers recently, the Jazz can be difficult to deal with when the Playoffs arrive. On the other hand, the Trail Blazers are falling behind in the Play-in tournament race with each day and they have a long list of injuries at this point, they are fielding a second or third-string squad these days. They are on a five-game losing streak and the slide can be exacerbated further and a tough schedule has surely taken a toll on them. Can they pull off an upset here against a charged Jazz squad? To know my game total and result prediction, jump to “Expert Betting TIps”. For my player-based predictions, go to “Player Props Prediction”.

High expectations are set on the Jazz

Utah Jazz has been in a tough terrain throughout the season and that is not because the squad has been unable to win games but it is more so due to the fact that the team has set high standards and expectations after the core finished at the top of every team last season in the Regular Season. So, the fanbase alike and the NBA Universe is not going to evaluate them for having a 60-65% win season but it is a deep Postseason run that will only earn them some plaudits. This is why the pressure to reach the West Finals at least will be high in such a loaded Conference.

Despite some losses lately, the Jazz has a solid outline. With Mitchell, the team can generate a number of points in a hurry, Rudy Gobert headlines the defensive effort and also brings superb finishing and rebounding abilities. Bojan Bogdanovic's perimeter abilities help at the wing position while Conley and Clarkson give further depth to the team at the Point Guard position. Royce O’ Neale is a tough defender at the big Forward position and overall, the team has a great balance. However, the squad will need to become consistent now and put together a big run because the West is difficult to deal with as always.

Trail Blazers have a solid base(Believe me)

The Trail Blazers have been down in the dumps for most parts. They traded CJ McCollum but did fetch Josh Hart is an exchange that seems to be a win-win for both the Pelicans and the Trail Blazers. Portland has been too hurt these days, the team has missed Jusuf Nurkic recently, Damian Lillard hasn’t played in months now, veteran guard Eric Bledsoe is hurt, Justise Winslow, who gave some quality minutes earlier has been also hurt. Meanwhile, wing Nasir Little has also been missing from the fray after he was having a brilliant season. Overall, the team is missing virtually all of the starters during most nights.

But once Lillard and Nurkic return, I like the balance of the team. A three-guard rotation of Lillard, Hart, and Simmons look formidable while Nurkic can be a terrific presence in the middle. While Lillard can act as both playmaking and high-scoring one-guard, Simons can ease his burden too with his versatile offensive game. Meanwhile, Hart is an all-around presence and once you put Little at the big Forward position, you have two high-quality shooters, a quality slasher, a highly improved offensive player in Hart, a brilliant scorer and rebounder in Jusuf Nurkic. This unit surely looks promising in long-term.

Considering these players are active, these are my player-performance predictions:

Points Range: The Jazz has been a far superior team offensively than the Trail Blazers and these days, the Portland squad has even struggled to score 100 points during the majority of the nights. On the defensive end, the Jazz is also a better team, and there is no doubt that the Trail Blazers have been totally depleted at this point. With Mitchell, Conley, Bogdanovic, Clarkson, and Gobert, the team has a highly talented inside and outside scoring lineup and it will not be a surprise if they score at least 120 points here. I believe the total points range here is 220-230.

Prediction: I need not say who is the favorite and with the way Trail Blazers are going, they may hit a ten+ game losing streak. The Jazz needs a huge boost to catch up to teams like Grizzlies and Warriors and build distance from squads such as Mavs or Nuggets. I believe the Jazz will win 129:98 here.