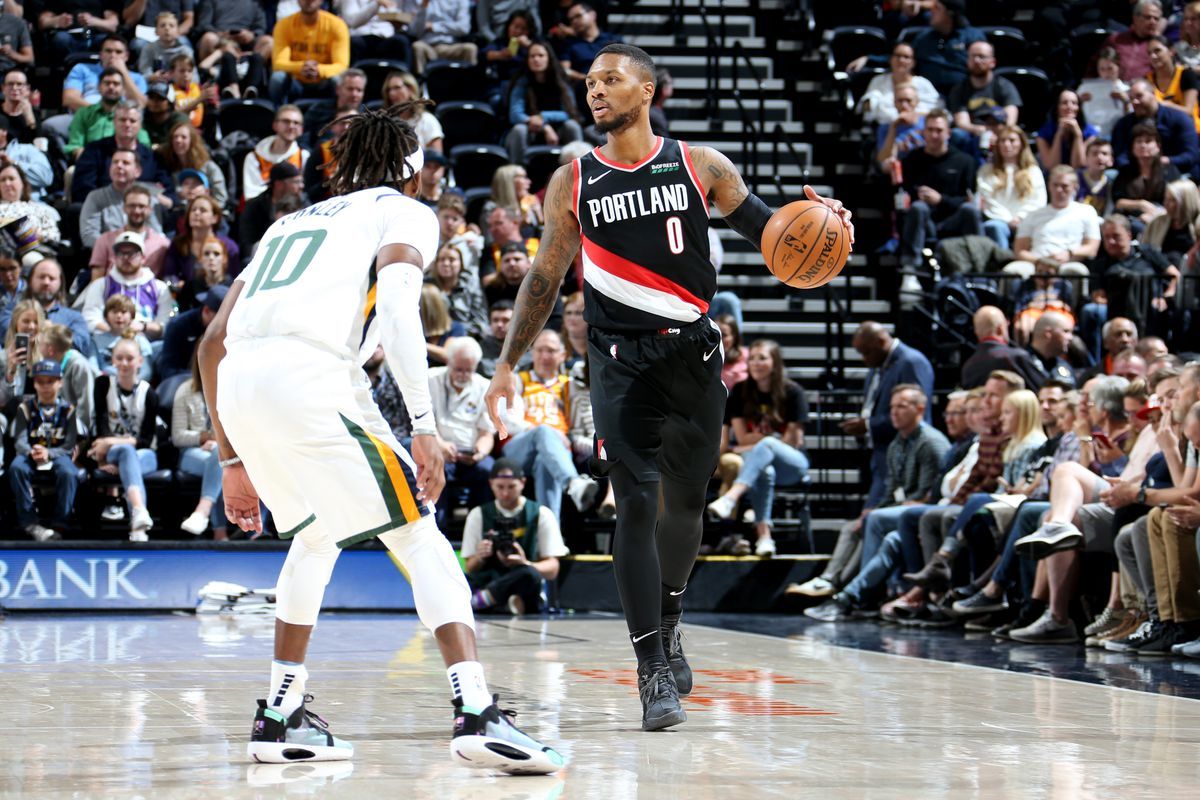 In this Western Conference battle, the Utah Jazz will host the Portland Trailblazers. Jazz has won 16 out of 18 games while the Trailblazers have 10 wins and 9 losses so far. Surely, this promises to be a high-scoring affair. For a quick overview, head over to the “Notes” section.

Is the fire different?: Although it is still early in the long NBA season, Jazz has not the same ruthlessness as the 2020-21 NBA season, where they won over 60 games. At the current pace of winning, they will have around 50-55 wins this season, which is not by any means poor. However, the Jazz has squandered games in the last minutes to struggling units like Pelicans and Grizzlies recently. There are no alarming signs though with Jazz holding almost double wins more than losses if they get their last season’s mojo back, they will win around 55-60 games.

Mixed results recently: Utah Jazz is one of the best defensive units, they have given 119 in one out of the last seven games but in the rest of the games, the team has not allowed more than 105 points. It is understandable with a perimeter defender like Conley and hustle frontline players like Royce O’Neale and Rudy Gobert. Jazz can switch on the defense and break the opposition’s rhythm. If the team starts to close out more games, the unit can notch up around 55-60 victories and end up in the top 3-4 in the West. Jazz is still in the top 10 among the total 30 teams.

No perimeter closeout: Guards McCollum and Lillard struggle to contain shooting on the perimeter. Opponents are shooting an overwhelming 38.5% from three against Portland, it is the second-worst number in the league and the team has allowed around 14 threes every game and in both regards, dwell at the bottom. Portland is among the bottom eight teams in points allowed per game and opponents have averaged around 110, scoring 110-125 points continuously against the squad. These numbers get even higher when the team is playing on the road.

It can also affect the offense: Because the defense allows this many three-pointers, naturally, the overall rhythm requires Portland to score some on their end. However, they are often unable to make up for the points scored through threes, especially away from home. The other issue is that teams also score within the 3-point a lot too against Portland. The team itself makes around 14 threes a game so the offense is not that poor from there, but it is a risky exchange of threes on both ends. If Portland could level up the defense, the team can still increase the win percentage from 50% to 60% but currently, the Trail Blazers are not looking among the favorites for making a deep playoff run. And this team has all-stars Damian Lillard and CJ McCollum as two guards who can combine for 50 on some nights. However, either one of the two has been misfiring more often than not; only performing well individually but not as a duo.

Points Range: Portland can leak points, Jazz has the weapons to score them. This looks like 110-120 points galore from the side of Utah. Make no mistake, Trail Blazers can also put up points and they can match it will something like 105-115 themselves. This game can be decided by who can click on from three-point line.

Prediction: Playing at home and being a better defensive team, one can give Utah the advantage in this match-up. But Portland has a lot of scoring and can try to stretch one out. This could be a game where the scoreline reads 117:109, most likely in favor of the Jazz.