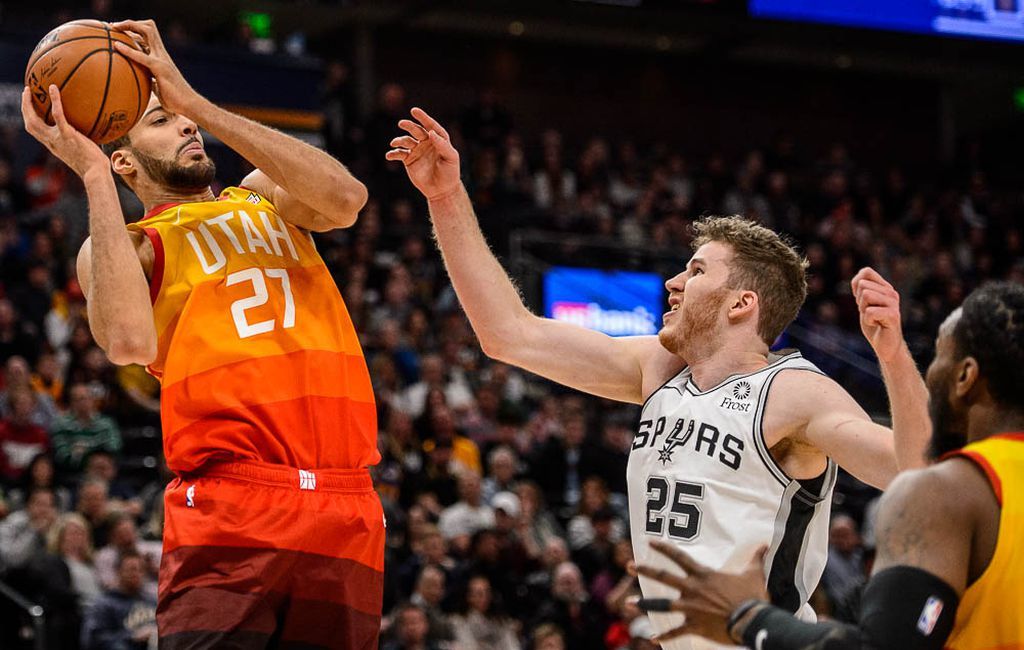 NBA Betting can be a hassle because fortunes turn overnight in this league. If you consider the pandemic scenario, the task becomes stiff because multiple main players step out and reserves take their place. Anyway, in this game, two relatively healthier teams in Utah Jazz and San Antonio Spurs come across each other. Jazz is the hottest team in the league right now and has won eight games in a row meanwhile Spurs have lost 17 out of 27 games. Can Spurs eke out an upset win here? To know a simple picture, jump to “Notes”, for “Total” prediction, race towards the “Expert Betting Tips” section.

Contrast in passing numbers: Spurs are the second best team in assists per game, not far away from the league leader, the Golden State Warriors, as both teams are compiling close to 28 a game. That is understandable with Derrick White and Dejounte Murray, combining for 15-20 assists on many nights, plus an above-average passer in the middle with Jakob Poeltl. This is largely due to Greg Popovich’s system too that promotes ball distribution. Now, on the other hand, Jazz which is among the top-two scoring teams has only gotten around 23 assists and are bottom ten in that regard. Why so? Well, Mitchell and Clarkson are the isolation type of players but even then the numbers can paint a false picture since the ball movement is still premium.

Offensive numbers: Jazz has been one of the hottest teams this month. The team has scored in the 118-136 range in most of the games and the multitude of 123+ points games indicate the offensive domination. Utah loves to score and can blow teams away through an organized attack. On the other hand, the Spurs are also among the highest-scoring teams and although their exploits have not fetched as much as Jazz, they can still lump up 112-119 points on a regular basis, courtesy of a talented guard attack which has a lot of depth. Both teams can score in bunches but the next paragraph will tell you the major differences between the two.

Defensive numbers: There is no doubt that the Jazz is a superior unit than the Spurs in terms of defense. The Jazz has limited teams to 96-104 points range in most games recently and you can imagine the one-sided wins for this high-scoring team. The Jazz has a disciplined group and Conley at the perimeter and Rudy Gobert as the last line of defense can be two important difference makers. Spurs lag way behind in terms of offense and they have given up 121 or more points in three of the last five games, which is quite a lot by any standard. This explains why one team has 13 wins more than losses and the other has 7 more losses than wins. The young bucks of the Spurs will take some time learning the NBA defense it seems.

Points Range: With Jazz and Spurs in the mix, you can expect points to flow from every nook and corner. Both teams love to score in large amounts and can make for an interesting viewing for offensive-minded fans. Anyway, let us talk about the numbers, Jazz has scored 118 or more in most of the games this month and has run away with most of the games. Spurs can put up 110 or more too consistently but as discussed above, there is one major difference between two squads: Defense. Spurs can find it troublesome to get in the 110 points range against the pesky Jazz and for a team that concedes 110+ rather too much, it can spell. I think the Spurs passing will figure out a way to nab at least 105. My Points Range here is 221-235.

Prediction: Jazz has been one of the best teams in the league while Spurs have been found short of their target quite often. Utah comes in with an overwhelming advantage, the team has won eight in a row, the squad will play at the home floor and it meets a team that has been highly inconsistent. Trends suggest that Utah will continue the streak. I predict a scoreline of 122:108 here.