Utah vs Dallas: the Jazzmen Have Nowhere to Turn 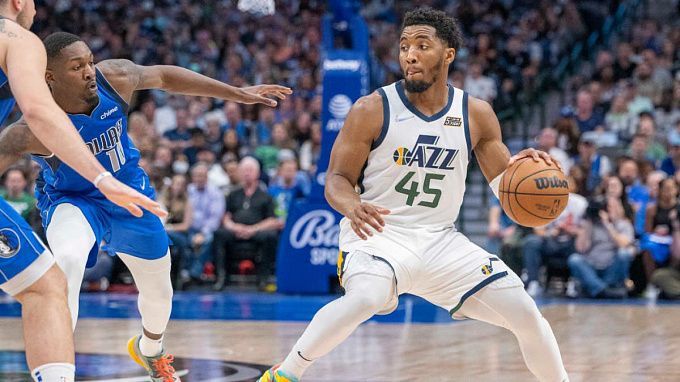 Dallas regained home court advantage by beating Utah in the first game in Salt Lake City. Will the Jazzmen take at least the second home game of the series? Let's pick a few bets.

Utah Still Couldn't Find the Keys to a Playoff Game

Quin Snyder's team has made great progress, making it to the playoffs for the third season. However, the Jazz's success in the regular season has yet to extend to the playoffs. Utah dropped out in the first round the season before last and in the second round last season. Now they are also close to a first-round exit, losing to Dallas without Luka Doncic in a 1:2 series. The fourth game of the showdown is a key one for Utah. Losing will put the team from Salt Lake City on the brink of disaster.

Dallas is Doing Fine Without Its Star

Luka Doncic missed all three games in the series with Utah. The Slovenian won't play in the forth game either. Jason Kidd's squad has done very well without him. After losing the first game on the home floor, Dallas won two straight by showing quality defense and finding options on offense. Key among them was Jalen Brunson. The 2017/18 NCAA Player of the year earned 41 points in the second game and 31 in the third, making the final difference.

If they lose, Utah has little or no chance of making the playoffs. So Quin Snyder's team will surely win on their home court in the upcoming game. Dallas has already reached the aim in Salt Lake City, regaining home floor advantage, and in the fourth game may well lose concentration. Prediction - a win for Utah.