Washington vs Dallas: the Mavs to Win in a Score Game 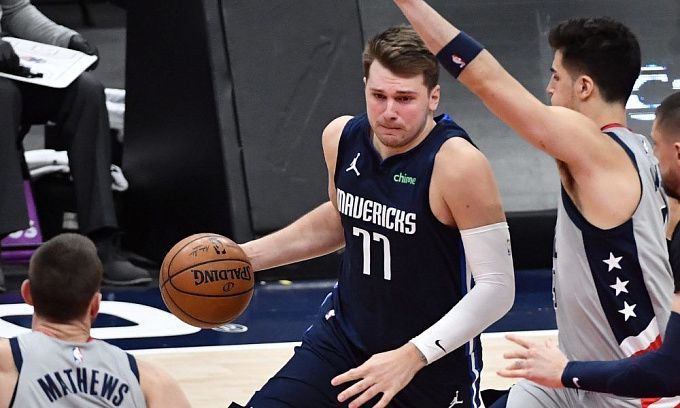 Dallas is looking excellent in the final stretch of the regular season. The next opponent for Jason Kidd's team is Washington. Will the Mavs prove their high class once again? We'll pick a few bets.

The Wizards have won three games of last four. That demonstrates that the team has made all the right changes. Kristaps Porzingis and Tomas Satoransky are players that Washington needed. Next season, with Bradley Beal recovering from injury, the Wizards may be a playoff contender in the East.

In the very first game, Washington handled Orlando 127-110 at home. Kristaps Porzingis was the most productive player, scoring 35 points.

Is Dallas Contending for the Title?

On the eve of the game against Washington, Dallas had a back-to-back that showcased the offensive prowess of Luka Doncic and his squad. First, the Mavs dealt with the Lakers. Then they beat Cleveland 120-112 on the road. Thereby Jason Kidd's team proved that they can win not only on defense but also on offense.

Dallas is still fourth in the Western Conference standings with a 48-29 balance, levelling with Golden State Warriors, only behind Steve Kerr's team in extra-points.

Dallas has gained momentum toward the end of the regular season. The team is unlikely to allow Washington to close out the season 2:0. It won't be easy for the Mavs in the upcoming game either, as the Wizards have been performing well of late. Most certainly, the meeting will be productive. Dallas has no one to hold Washington's big men, Kuzma and Porzingis. We don't expect the Wizards to find anyone capable of opposing the excellent Luka Doncic. The prediction is that Dallas will win the high-scoring game.