Washington vs Philadelphia: The Wizards’ big issue heading into Game 3? Their size. 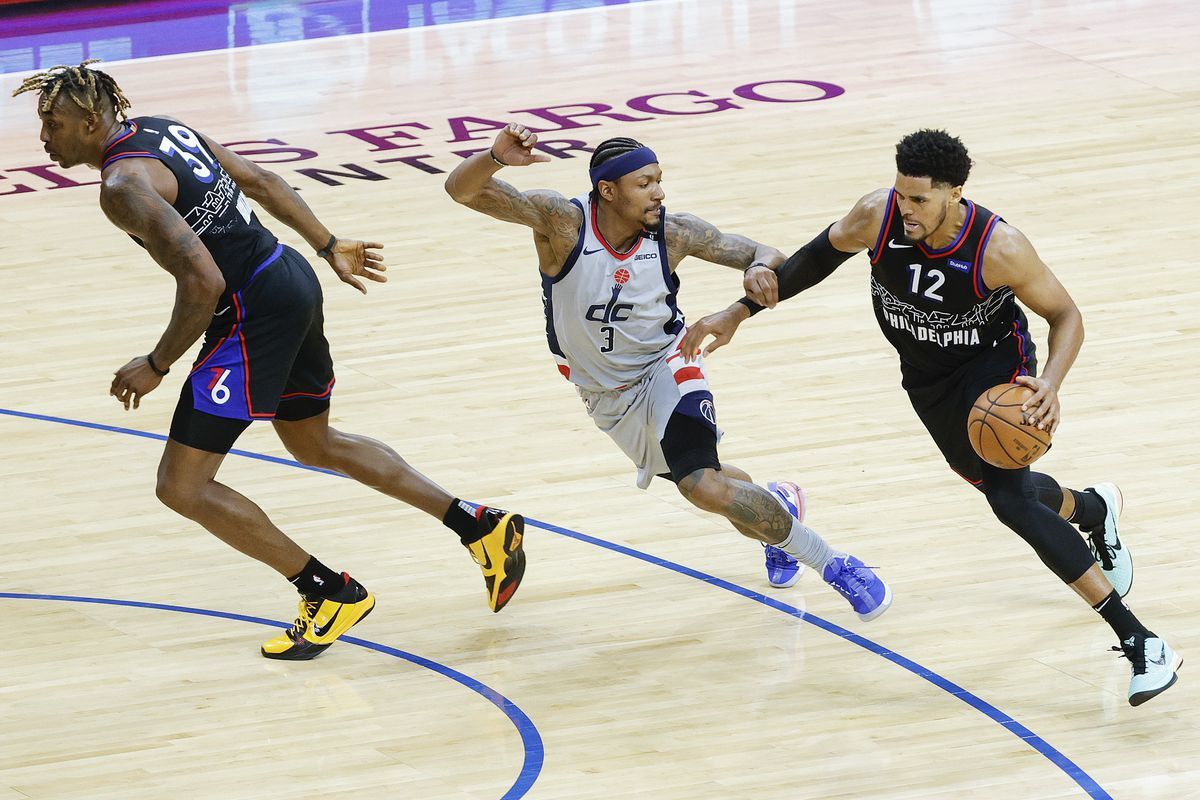 The Philadelphia 76ers, the best team in the East at the end of the regular season, have no problems in their first-round playoff series so far. At the end of two games in Philly, the score is 2-0. Will Doc Rivers' team be able to outplay the Wizards on their turf as well? Let's choose several bets on the upcoming meeting

Washington doesn't defend itself at all.

In the second game, the Wizards dropped 120 points again, falling behind 95-120 (the first game ended 118-125). The Metropolitan team's struggles on the court were expected. More surprisingly, Scott Brooks's men couldn't do anything on offense. Bradley Beal was at his best in game two with 33 points and 50 percent from the field; Russell Westbrook was a wreck with 10 points in 29 minutes. Washington can only outscore Philly on offense, so the form of the team's second star is dismal.

Tobias Harris was the most productive in game one, scoring 37 points. Joel Embiid and Ben Simmons scored 22 points each in game two. Ben also had 8 assists.

Washington certainly isn't going to attack at the same percentage every game as they did in Game 2. 9% from beyond the arc is something. In addition, the Wizards also did not score much from the free-throw line - only 63.3%. So we should expect an improvement in realization as early as game three. The home-court should be a factor as well.

Prediction - Washington will be much better on offense than they were in Match 2 and will get a chance to win. It will be difficult for the Wizards to take two games away from Philadelphia at Capital One Arena, but they can certainly count on one success.