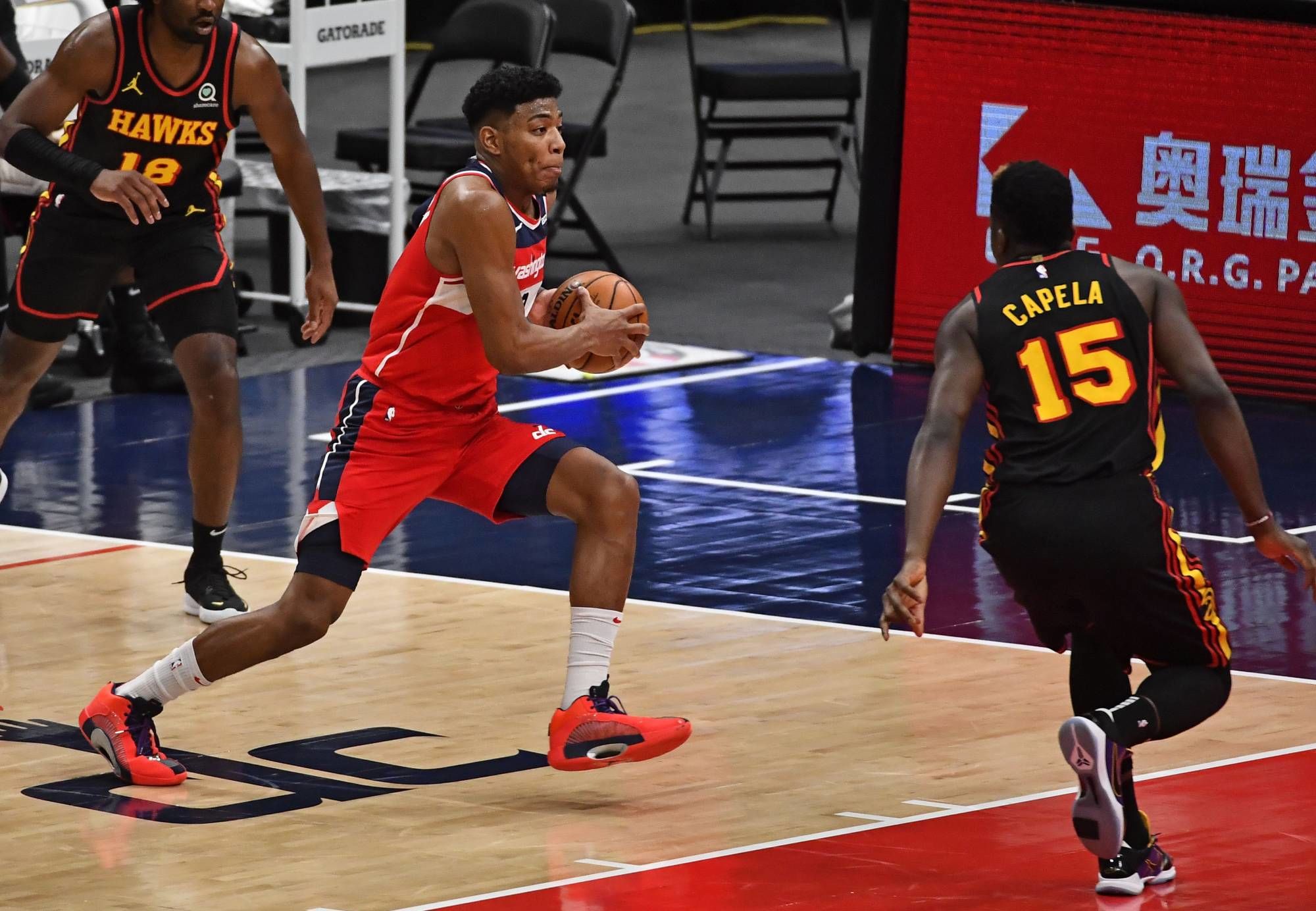 The Eastern Conference has risen through ranks this season and that is why the challenge to even make the Play-in tournament has only grown. There has been the acquisition of some brilliant talent in the East which has given more depth to the Conference. The top spot race has surely heated up and there is no doubt that we are seeing a grown concern by some of the top-tier teams due to the arrival of Heat, Bulls, Sixers, and Celtics as the elite squads. Keeping that in mind, let us jump into the game between the Washington Wizards and the Atlanta Hawks.

Wizards have only managed 28 wins and have lost 33 games and the race to the Play-in tournament is only becoming trickier for the team. With Beal’s injury, the guard rotations have weakened significantly and the bulk of the offensive load has now shifted upon wing Kyle Kuzma, who has surely responded to the call. On the other hand, the Atlanta Hawks have been struggling a lot this season and keep being under the 50% win mark. They have 30 wins and 32 losses, and they have been extracting a lot of production from elite Point Guard Trae Young. The Hawks have won half of their last ten games and with the way things are going, perhaps, an eighth spot is the highest one the team can achieve as of now. Can they win two in a row here against a vulnerable squad? To know my game total and result prediction, go to “Expert Betting Tips”. For my player-based statistics prediction, jump to “Player Performance Prediction”.

While Raptors have fallen a bit, especially with the injuries to Fred Van Vleet and OG Anunoby. They are still in a comfortable situation when it comes to sealing the sixth or seventh spot. Then let us delve into the picture from the eighth to eleventh spots. The Nets are at the eighth spot and with Kevin Durant back, they will look to at least seize that spot. On the other hand, the Hornets, Hawks, and Wizards seem to be contending for the ninth-eleventh spot. The Hornets and Hawks have similar win percentages while the Wizards are still significantly behind, having two fewer wins and one more loss than the Hawks. Considering the context, this is a huge contest for both squads. So, if the Wizards win this game, they will have completed 29 wins and 33 losses while the Hawks will have 30 wins and 33 losses, meaning the gap can be closed with a win here. On the other hand, a Hawks win will help in them building decent daylight.

The Wizards will play at home against a Hawks team that will play the second game on the second night. However, if Trae Young plays here, the Hawks will have a decisive advantage at the Point Guard spot and can outmatch Neto at the perimeter. Kentavious Caldwell-Pope and Kevin Huerter have almost given similar production at the off-guard so that is an even match-up. The Forward rotation is deep for the Wizards with Kuzma and Kispert at two wings, plus Hachimura and Advija coming off the bench. However, the Hawks’ Deandre Hunter and Danilo Gallinari complement each other well, this is another even match-up.

However, off the bench, the Hawks can deploy Bogdan Bogdanovic as a high-yielding shooter and with Ish Smith coming off the bench, the Wizards have improved their Guard depth. At Center, Thomas Bryant and Daniel Gafford can give quality minutes while Capela is also an effective option for the Hawks. The Hawks have a better shooting team while the Wizards lack shot creators through and through except for their premier wing Kuzma. So, perhaps, it can be said that the Hawks overall have some edge over the Wizards, especially with Young at the helm.

Points Range: The Hawks have been usually a better offensive team than the Wizards and when Trae gets it going, they are likely to pass 120 more often than not. On the other hand, the Wizards lack shot creators but they have a bunch of bigs who can get inside and finish close to the rim. Size-wise the Wizards certainly have an advantage, but for the Hawks, Capela helps in that regard. Defensively, the Hawks have done better than earlier in the season while the Wizards also have some strong defenders but yes, the overall team defense can be a bit vulnerable at times. I believe the Hawks will be held below 115 here while the Wizards will go past 110 at least. I see the total points range as 220-230.

Prediction: With superstar Young, the Hawks can seize the momentum away from the Wizards, however, I have a strong belief that the Wizards will take advantage of the Hawks playing two games on two nights. I see Kyle Kuzma coming up with another big game both on the offensive end and on the boards whereas I also see Corey Kispert or Hachimura cranking up the scoring. This is why I see the Wizards winning 117:111.