Washington Wizards vs Charlotte Hornets: Hornets are leaking too many points 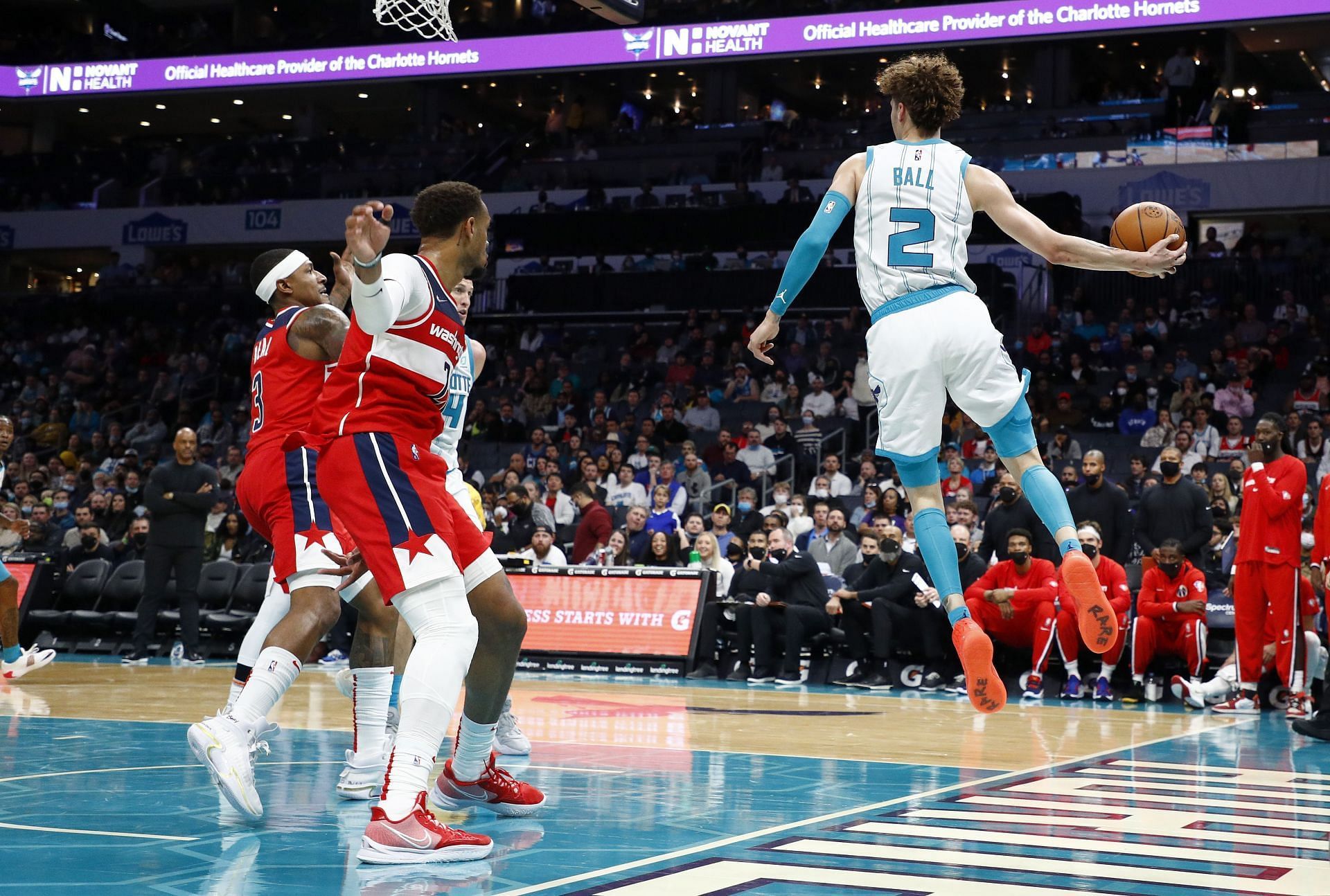 In this classic Eastern Conference battle, the Washington Wizards will host the Charlotte Hornets. Washington has compiled double wins than losses while the Hornets have won 10 out of their 18 games so far. This can be a close battle considering the talent at the display. For a quick overview, head to the “Notes” section.

A wealth of isolation scorers: Hornets have five scorers who can create their own shots, using dribble-drives and various other offensive moves. Miles Bridges usually leads the offensive effort and has top-scored for the team in most games, averaging around 22. LaMelo Ball can chip in with 15-20 points regularly. Meanwhile, Gordon Hayward, Terry Rozier, and Kelly Oubre Jr. can also score around 15 points constantly. The team has a long list of shot creators and that is why it is average around 112 points per game, being top-three in that regard.

The defense struggles: Charlotte faces trouble on the defensive end and lack lockdown perimeter or inside defenders. The team gives away around 114 points per game and are among the bottom three teams in that regard. That is why they have mostly struggled to win games especially away from home where opponents have enjoyed a pensive defensive effort. In the last four games on the road, the Hornets have leaked 140, 120, 126, and 115 points.

One of the best defensive outfit: Wizards acquired Caldwell-Pope in the Russell Westbrook trade and he has brought some elite perimeter defense. Another player in the trade, Kyle Kuzma helps the Wizards complete defensive possessions by stacking rebounds and playing position defense. Beal has played hard on that end while Dinwiddie and Gafford along with Harrell can grind it out too. Opponents shoot around 42% against the Wizards which is among the top-ten effort.

Scoring can be in and out: Washington’s scoring can suffer a bit at times. This is mostly due to a lack of bench scoring which has been thinned down due to injuries suffered by Bertans, Bryant, and Hachimura. Beal puts up the most points for the squad and averages around 25, Spencer Dinwiddie can chip in with 15-20, Kyle Kuzma with 12-18 while Harrell has had some big scoring games scoring as much as 20. However, apart from these players, the team doesn’t receive many contributions from the bench. Wizards’ highest score is 105 in the last seven games, scoring under 100 in four of those games.

Points Total: Considering the way Hornets leak points and the Wizards defend, the points total look like it will be in the 200-215 points range. If we combine the averages, Wizards and Hornets score around 218 points and concede 216. However, looking at the way Wizards defend at home, the range looks like 200-215.

Most likely to win: The odds favour Washington and the way Hornets struggle at the road, it is Washington with the advantage.