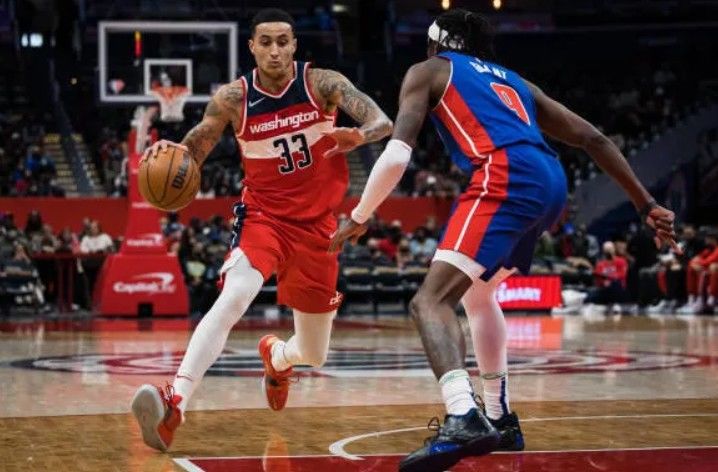 NBA is cruising towards the Postseason window and surely, we are seeing more and more upsets each day plus a ton of bottom feeders showcasing huge improvements. Well, when you have played 60-odd games, both offensive and defensive tendencies can showcase improvements and some of the youngsters also by now have gotten the taste of what to expect. That is why the wins are not surprising and the way some teams are playing is just a result of improved chemistry and gelling together over the season. It doesn’t mean that other teams haven’t fallen off, their game plan is clear to the opponents now. Anyway, let us jump into this game between the Washington Wizards and the Detroit Pistons.

The Wizards are a squad that has played worse with each month and now with Bradley Beal sidelined for a considerable period, their guard position has been highly weakened. They have compiled just 27 wins and have 33 losses at this point. However, the play of Kyle Kuzma has indicated that bringing him in exchange for Russell Westbrook has been a huge plus for the team. On the other hand, the Pistons have been one of the most abysmal squads in terms of record, they have 15 wins and a humungous 46 losses. But recently, the squad has done a great job and has bagged three wins in four games, doing so only the second time in the season. As the young squad rises up, can the Wizards counter them at their home floor? To know my game total and result prediction, slide over to “Expert Betting Tips”. For my player-based statistics prediction, hop to “Player Performance Prediction”.

Wizards have an important window ahead

Wizards have managed to slip with each month and it has been more than 45 days when they have notched three wins in a row. Forget winning three in a row, the Wizards have gone on losing streaks and struggle to pull up two consecutive wins. There is a lot to play for Washington who is in the race for the ninth and tenth spot with the Hawks and the Hornets at this point. The Hornets are falling off the radar, the Hawks have created some distance, but a four-five game-winning streak can serve the Wizards to notch the last few spots for the Play-in battle.

Kyle Kuzma has been inspirational this season and he has done a great job as the leading scorer and rebounder for the team. While it is true that almost all other positions than the win. Porzingis is yet to debut for the team so the Center position can has its own struggles while despite the impressive play of Kentavious Caldwell-Pope, the off-guard position has been weakened with Beal out. The Wizards’ defense can slacken at times though Deni Advija helps the matters at the wing position. Corey Kispert and Rui Hachimura are going to be the key moving forward.

Pistons have played a much better brand of basketball since the beginning of the year. After ending 2021 with a record of 5 wins and 28 losses, they have managed 11 wins and 18 losses, surely a much better effort from the young squad. One of the primary reasons for the improvement has been increased efficiency on the offensive end and the other reason that the team has been able to beat some 50%+ win teams along the way. Although the Pistons are virtually out of the Play-in race, the young players can gain some confident from these wins.

The trouble still is that rookie Cade Cunningham and sophomore Saddiq Bey have struggled with the shot-selection but both have huge potential. Cade can be an effective all-around guard in the future while Bey can play a huge part as the knockdown shooter. Jerami Grant’s comeback has improved both ends of the floor while Isaiah Stewart has continued to be an effective rebounder. Hamidou Diallo and Marvin Bagley II also form a solid duo off the bench as two young players while Killian Hayes is yet to find his rhythm as a scorer. Overall, the Pistons will be heading to the draft lottery but I think another rebuilding season can affect the player’s growth long-term.

Points Range: The Pistons have been doing a great job of generating offense these days and have improved their scoring range from 95-103 earlier in the season to 108-113 recently. One of the main reasons for that has been improved play of the bench and Jerami Grant’s comeback. On the other hand, the Wizards can have trouble generating offense and has largely relied on wing Kuzma to generate the bulk of it. Caldwell-Pope has done his bit but more is needed out of rookie Kispert and youngster Hachimura. I see the Wizards going past 110 here while Pistons being limited below 108. I believe the total points range is 210-220.