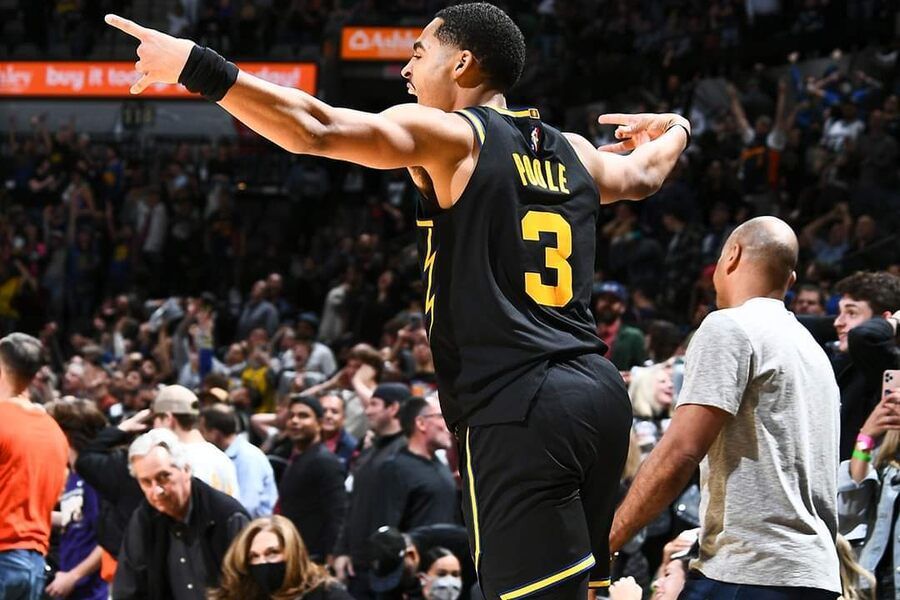 The NBA goes through the motions and as we head towards the postseason, the push for the Playoffs has heated up in full fashion. The Phoenix Suns have established themselves as the best squad in the league, so much so that there is not catching up to them record-wise and they keep on pulverizing the opponents. On the other hand, the Memphis Grizzlies have steadily established themselves as the second-best squad in the league. On the other hand, the East remains wide upon and there are as many as four teams in the play for securing the top position. The matters have rather become alarming for the Golden State Warriors and they will visit the Washington Wizards here, a team that has been not playing a winning style of basketball.

Wizards offense has been all about Kristaps Porzingis these days and he is posing headaches as a scorer and rebounder for multiple opponents. He dropped 30 points on the Pistons' defense in the last game and the Warriors will have their work cut out. The Warriors played a poor third-quarter basketball in the last game versus the Hawks and they have been a rather sub-par team for around three months now. They lost their way when Draymond Green got injured and losing Stephen Curry has only worsened the matters for the team that is still number three in the Western Conference.

While the Warriors lineup is loaded with two top-notch scorers in Thompson and Poole, wing Andrew Wiggins has seen a significant dip in his production, a factor that has certainly harmed the Warriors’ chances these days. So, he will need to step up his game or the Warriors will enter the postseason on an up-and-down rhythm and with the rise of the Mavericks, they can’t take any team lightly in the postseason. Their major undoing has been a lack of efficiency and without Curry, both their offense and defense have been affected. They will take on a significantly weak squad in the Wizards here but in the NBA, you will need a huge effort against any team.

If you ask me, I think coach Kerr can try a starting lineup of Poole, Thompson, Wiggins, Porter Jr., and Draymond Green. In this game, Draymond will perhaps draw the assignment of Kristaps, and Draymond’s rhythm has been a little hurt since his long absence from the injury. After being the elite defense for the first three months, the Warriors' defense has not been the same and with their inability to contain the early offense, some of the losses have been rather horrific for the team. The Warriors will need to finish the season on a winning streak for sure.

The Wizards have been playing some of their worst basketball on the offensive end and the major reason for that has been the lack of shot creators. The injury to Kuzma has surely hurt their offensive schemes and despite some prolific play from Porzingis, they have suffered multiple setbacks. At this point, the team is out of contention for the Play-in tournament but can play spoilsport for the Playoffs squads such as the Warriors. In this game, the Warriors will need to trigger a special run because the window to make a big run is collapsing at this point.

Points Range: Offensively, the Wizards have weakened significantly after losing Kyle Kuzma, and even notching 100 points has become a tall ask for this team. They are highly reliant upon Kristaps at this point and wing Kispert, guard Kentavious Caldwell-Pope, and Power Forward Hachmiura have scrapped some points but they are all unable to hit 20 points during most nights. On the other hand, the Warriors' offense is loaded at the PG and SG position with Jordan Poole and Klay Thompson but SF Wiggins hasn’t gotten the job done while Draymond Green hasn’t been a huge factor as the playmaker. Defensively, the Wizards can struggle as well but the Warriors haven’t been stellar either, however, they have the potential to do much more. I see a big Warriors scoring night and Wizards doing a decent job too. I predict the total points range as 220-230.

Prediction: While the Warriors are surely in a cold stretch, they have all the tools to expose the constant vulnerabilities of this Wizards team. I believe the team will heat up and take a sizeable lead by the end of the third quarter, and the Wizards will struggle to match the production consistently throughout the game. I also see Poole and Thompson combining for 50 points at least and the Warriors claiming a 117:107 win here.