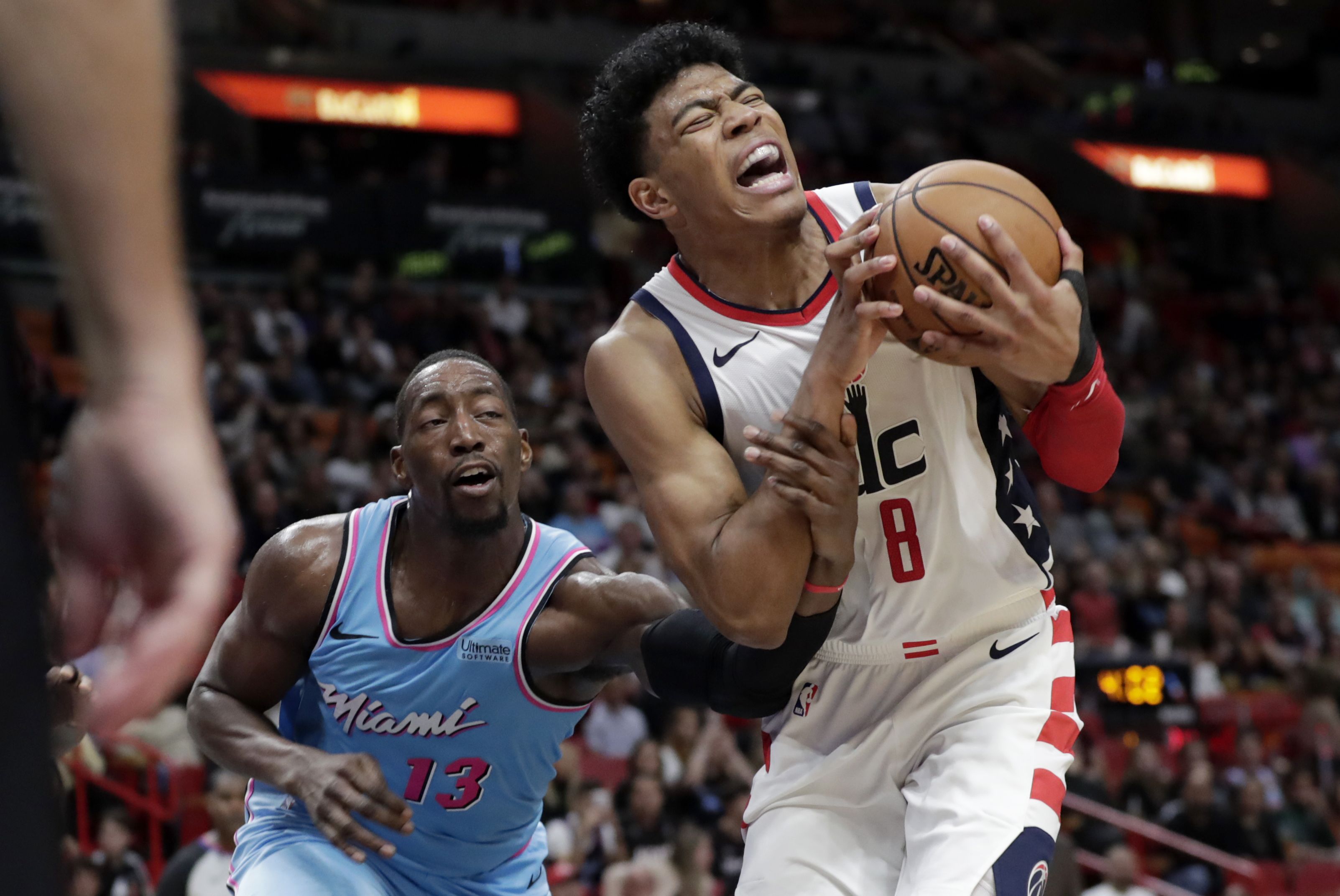 The NBA trade deadline is nearing and we have already seen a couple of big moves that can end up shaking the league in both the short and long run. Well, this is the NBA world, it is a market, but in the process, players have to keep adjusting to the up-and-down. Imagine getting comfortable in a team environment and then getting traded, and adjusting to the new faces, new systems, and new dynamics. However, the players know this is a topsy-turvy market and in a league, where you play many games away from home, you are used to traveling anyway. More on that later, first, let us jump into the tussle between the Washington Wizards and the Miami Heat.

Wizards have lost 28 games and lodge 24 wins, struggling to make ends meet recently. Bradley Beal is out due to injury and the guard position is virtually nonexistent on offense right now. The Wizards have lost seven out of the last eight games and are in the midst of the toughest all season long. This has been a period where the Wizards have found themselves giving up big leads and the frustration has built up. In the words of Montrezl Harrell, “It sucks, bro. That’s the mood of the team”.

On the other hand, the Heat have been having an opposite season and with their terrific bench depth, they have withstood the flurry of injuries. They have won 34 games and have lost 20 games. They have won the last two games and except for a three-game losing streak lately, they have been having a wonderful time compiling wins due to their depth. With Adebayo back, the team has gotten a huge boost in the middle and with the incredible guard depth, the Heat is in for a big run it seems. But first, can they take care of the flailing Wizards away from home? For my game total and result prediction, jump to “Expert Betting Tips”. For my player-based statistics prediction, go to “Player Performance Prediction”.

Trade time for the Wizards?

Washington Wizards have struggled after beginning the season on a ten wins and three losses record. Since then they have lost a humongous 25 games and have only won 14, completely ruining the earlier built record. The team had a more disciplined defense early in the season but lately, they have struggled to make ends meet on the defensive end. It isn’t like Beal's absence has disturbed the team balance, even when he was active, the team was losing quite a bit. The team lacks depth in multiple areas while the Center position has become a logjam.

One of the major issues has been Spencer Dinwiddie’s shooting woes as he keeps shooting around 20% from the field and this Wizards system is not clearly suiting him. That is why he can be traded soon as the guard position isn’t working out. Thomas Bryant is clearly bothered by his injury after a long absence and the Center position has been compromised, disturbing the earlier balance. Except for wing Kuzma, the team has been unable to find consistent scoring recently. Kentavious Caldwell-Pope has done decently but he is not someone who can run the offense. Rui Hachimura has had a tough time since his return too and both the big Forward and Center positions are compromised as of now. Kispert and Advija will be more effective as starters in my opinion and the team’s bench except Harrell hasn’t given the desired production.

Heat’s depth has supported the cause

Miami has been one of the deepest teams in the league. So much so that their deep bench Center in Omer Yurtseven was averaging around 15 rebounds a game at one point. Meanwhile, the team’s guard depth is terrific beyond description. The team has dealt with a bunch of injuries, more so than the Wizards, and when Butler and Adebayo were absent for a bunch of games, the team picked up the slack courtesy of Lowry, Robinson, Herro, Strus, Dedmon, Tucker, Vincent, Martin, and Yurtseven, the team was able to win 60% of their games. The decision to sign Lowry in the offseason has worked wonders so far.

With Lowry, Butler, and Robinson, you get three high-quality perimeter defenders, something vital in the day and age where three-point shooting is peaking. On the other hand, Tucker and Adebayo are pesky defenders who can both seal one-on-one match-ups while also contesting shooters. This sort of defense is huge when you think about Playoff situations when the intensity is high. The Heat is full of experienced players who can be two-way factors and with a bench that has shooters like Martin, Strus, Vincent, Dedmon, headlined by Herro, who is having a sixth-player-of-the-year type of season, the Heat can get it done on most nights.

Assuming they are healthy, these are the players' based predictions:

Points Range: Heat has been scoring mostly around 106 points lately and well, they have their shooting troubles but have relied on their defense in the last two games. Butler and Herro are questionable for the game, but I smell a big night from one among Strus and Vincent. On the other hand, the Wizards are struggling even more on offense even when Beal was playing. Wizards have scored in the 80s, 90s recently, clearly indicating their struggles.

On the defensive end, the Heat has showcased tremendous discipline on defense during the last two games and they can become an even better defensive squad on a consistent basis. Wizards have been decent on the defensive end in the last two games but are susceptible to giving up 110+ during most nights. I think the Heat will score at least 106 here while Wizards will be held below 104. I think the total points range here is 200-210.

Prediction: The Wizards are going through their toughest period as stated above and well, their troubles are only multiplying with each game. On the other hand, the Heat has been back on course after a three-game losing streak and they have won two in a row, and they have a huge chance of winning three in a row. I see the Heat taking this game 109:100 even if Butler and Herro miss this game.