Washington Wizards vs Utah Jazz: Has Wizards got any answer for the red-hot Jazz? 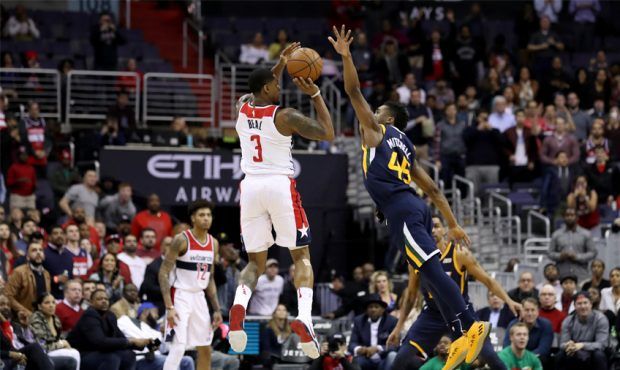 NBA betting is a here-and-there affair with various variables and dynamics at play, where trends are made and break overnight. In another one of the challenging betting affairs, the Washington Wizards host a red-hot Jazz unit. Wizards have not been able to go on a winning streak since November while Jazz is on a six-game winning streak. Still, I feel this can be a close battle. For quick notes, simply head over to “Notes”, for discussion on “Total”, go to “Expert Betting Tips”.

Offensive comparisons: Lately, Jazz has been a better team on the offensive end which is hardly surprising. Jazz has been better than most squads this season on offense actually, and in the five-six game stretch they have had a humongous scoring range of 118-136, which makes them the hottest squad in the league on offense along with the Charlotte Hornets. Wizards have figured in the 110-115 range in regulation but that is not their preferred style as far as I think. The difference in the points is due to varied reasons which will be discussed within this section.

Defensive comparisons: Lately, the offensive pressure created by the Jazz has also helped the defensive end. Jazz has continually restricted teams in the 96-108 points range and for a team that scores 118 or more regularly, that is enough. Wizards defense has taken a hit recently and the team has allowed opponents to score in the 107-116 range which wasn’t the norm earlier in the season. Again, for a team that doesn’t score as much as Jazz, that kind of defensive pressure usually is not going to get it done. So overall, Jazz is also playing better defense than the Wizards.

In the starting lineup, the guard match-up of Beal and Mitchell has to be the highlight. Mitchell has scored more than Beal and has breached 30 points regularly and more than Beal. Beal has had trouble scoring 30 or more while last season he averaged around 30. The Point Guard match-up between Dinwiddie and Conley is interesting, both players are scoring in the same range but Conley can afford that luxury, unlike Dinwiddie who is not surrounded by heavyweight scoring talent.

Meanwhile, at wing/forward, Royce O’Neale and Bojan Bogdanovic will fight it out versus Kuzma and Pope, here, scoring wise the Jazz has a slight advantage but not an overwhelming one. At Center, Rudy Gobert will fight it out against Daniel Gafford, and traditionally Rudy has fared better than Daniel on both ends of the floor. For me, it is the bench of the Jazz that can beat most of the team’s bench depth. With Clarkson as a 16-20 points scorer and Ingles as a 4-7 assists playmaker, the Jazz receive both playmaking and scoring. Yes, the Wizards have Montrezl Harrell coming off the bench but his play has been wayward recently. Rudy Gay also has been doing his job for the Jazz while Wizards still look for some extra flair off the bench, so in terms of bench, the Jazz also has Wizards outmatched. Overall, the Jazz has a deeper team and one other aspect in the team’s favour is that most of the players in the team have played with each other for more than 200 games or so now, which is nowhere near the case for the Wizards.

Points Range: Gee, when you think about, the way Jazz has been scoring, that scoring range can balloon in a hurry. Still, their defense also keeps the range honest, however, overall, Jazz loves high-scoring one-sided blowouts these days. Wizards are neither as accurate as Jazz nor anywhere deep and they will also face an elite defensive unit here. Let us think away from trends and move to what my “gut” is simmering in this regard. I believe that the Jazz will score in the 108-116 points range here while Washington will also play better on the offensive end than the average. I feel the points range here is 215-228.

Prediction: Gah, do you really wanna bet against Jazz these days? The team is winning most of their games in one-sided fashion and for most parts, opponents look clueless against their depth and talent. I think the Wizards will put up a fight here and will not let themselves be blown away. Instead of picking the winner, I picked a close scoreline of 110:107.