Olimpia Milano vs CSKA: It’s been a long time since a high-scoring game between these teams 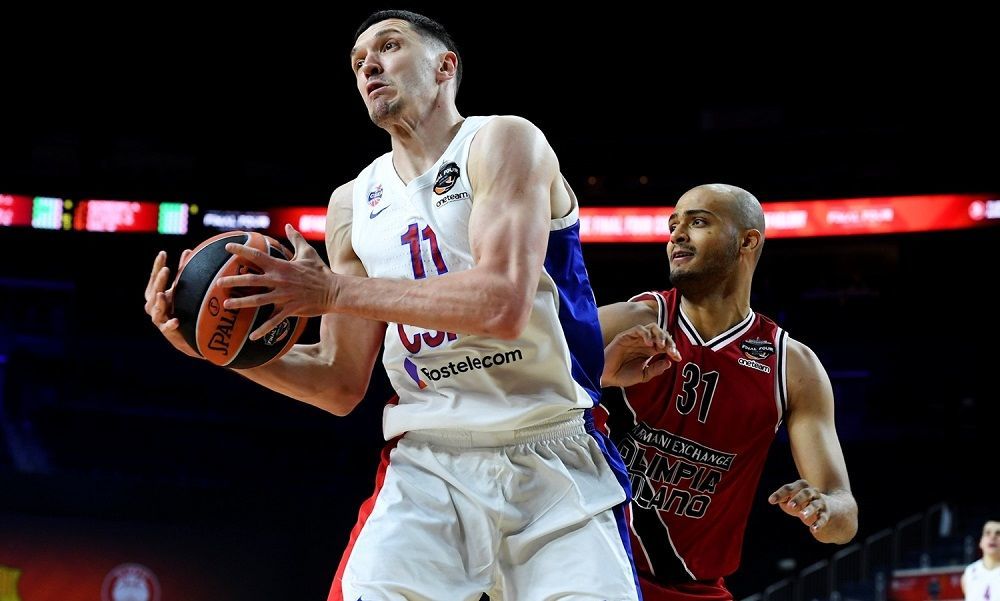 Back in the days when Mike James was still in Italy, and Ettore Messina was still in Texas, the games between Milan and CSKA were fiery. Before James, too. However, as soon as Messina took over the Armani squad, the fire went out. Now it’s a grind, sometimes funny, but more often sad. At least for the Militarians.

The team’s off-season has seen some significant changes in the squad. There are no more Punter, Mitsoff, LeDay, Roll, and Evans. They’ve added some great forwards to the front line, all of whom we know well - Melli, Mitroglou, and Ricci. Ettore Messina has already put them into the lineup, and all three played in the preseason Super Bowl. With mixed success.

In the backfield, Messina is without any newcomers for now. Well, just about. Devon Hall, a transfer from Bamberg, is playing and scoring. Perhaps Milan’s most high-profile acquisition, Troy Daniels, is out with an injury and won’t be available for the game against CSKA. The former Phoenix and LAL offensive guard still hasn’t made a single appearance for his new team. Also, Jerian Grant, who has played enough for the Knicks and Bulls, is nowhere to be seen. Why Grant hasn’t played, I have no idea.

Milan faced many teams in the preseason, but in the Super Cup final, they had to face not just anybody but Virtus and lost 84-90. Curiously enough, Messina’s men lost the game, though they wholly outscored their opponent on the boards (40-28) and the Bologna visitors from beyond the arc (11-8). I’d call Melli the best of the newcomers. Nicolo earned a double-double with 10 points and ten rebounds.

Why did Milan lose? The statistics showed that, while they shot 70 times from the field against 59, they hit just 31 of them. Virtus did the same with 33. In addition, Milan directed their opponents significantly more often to the free-throw line and played far less of a team game, giving up 18 assists compared to 27 for the far more well-played Virtus.

The Militarians in Moscow have had no trouble at all so far this season. Perhaps their game against Zenit would have been different had Shabazz Napier not been injured in the opening minute. Lokomotiv-Kuban, Tsmoki-Minsk and Zelena Gora had little chance to challenge CSKA.

Grigonis and Lundberg have consistently scored 10 or more points for Itoudis’s charges. In contrast, Shved has been solid with assists and Milutinov with rebounds, and Clyburn and Shengelia have been sparing so far, either exploding and unstoppable or turning invisible. But it is attacking, and defending is done to the best of their abilities and, of course, necessity. And it is not always there.

Their rebounding is, for now, the Militarians’ best basketball element. They outscored Zenit 38-31 on the boards, and in games against other teams, CSKA’s rebounding advantage was not just double-digit, but two-and-a-half times.

So, if Messina’s defense continues to work as it has in the past, this game won’t be very productive, especially since the teams are just entering the season. In addition, the visitors, who are considered the favorite by the bookmakers, are unlikely to have a large final lead. If there is one at all. Here’s what I’ve picked: