Olympiacos vs Baskonia: Game of the equals 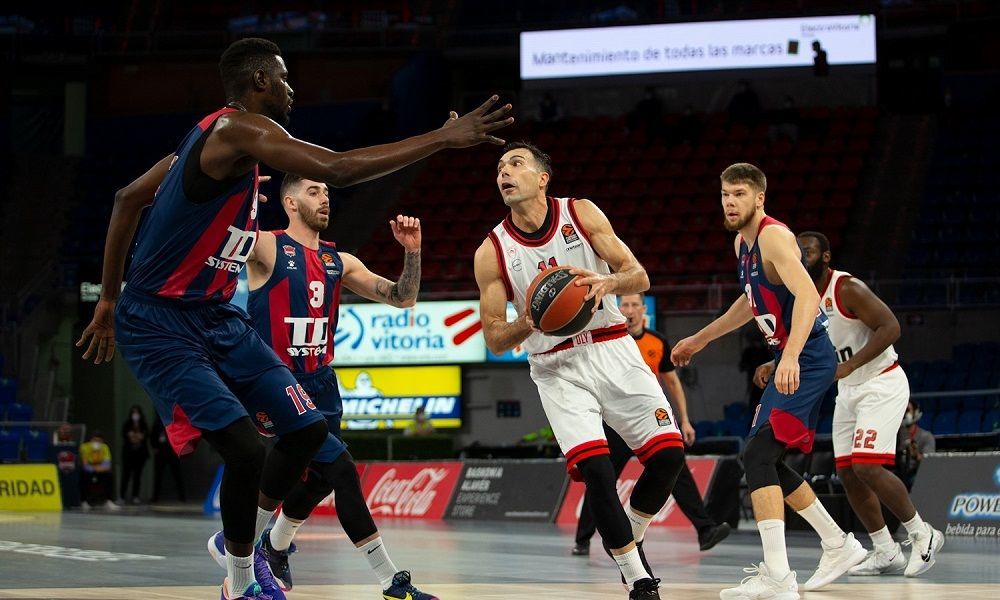 Olympiacos has been in its own juices for a year now, and there are not so many players of Baskonia's 19/20 championship squad left. Both the Greeks and Basques will be fighting hard to make the playoffs, so this is a six-point game.

The Greek team, if not improved during the offseason, is certainly not any weaker. Spanoulis left and Walkup came in from Zalgiris to help Sloukas, who is a high-quality point guard. McKissic will now be assisted by Tyler Dorsey of Maccabi. Finally, Moustapha Fall will take over for Hassan Martin. In general, Bartzokas’s squad is pretty good as a whole, with just two players at each position. Well, maybe on the three, there is some separation between Papanikolaou and the bench.

With this lineup, Olympiacos has already crushed opponents in the Greek Cup preseason, taking them out with a 30-point margin in the score, and Dorsey is ahead of the curve here.

The Basques, on the other hand, were pretty shredded over the summer. Henry and Polonara left for Fener, Dragic and Wildosa are no longer with Vitoria. In addition, all those huge fifth numbers are gone - Youssoupha Fall, Diop, and Jekiri.

The team's backline has been completely revamped. Now the Basques have Baldwin, Marinkovic, and the returned Granger, who previously didn't work with Dusko Ivanovic. And Baskonia centers Nnoko and Enoch haven't seen their partners until recently.

The Basques have played three rounds in the Spanish league with a renewed roster, winning 2 games, including an away match against the newly built Valencia. The scoring leaders were each time a different Baskonia player - Giedraitis, Baldwin, and even Enoch. That's probably a good thing for the team.

Oddly enough, Alec Peters has not played a single game yet. He wasn't even on the roster for these games. The American is dealing with his knee and won't play in Greece either. Another newcomer to the team, Matt Costello of Gran Canaria, is forced onto the court in his stead, but so far he hasn’t even been close to scoring his 10+ average points from last year. Giedraitis's participation is also questionable.

Last season the Basques didn't just beat the Greeks, they thrashed them both times. There’s a feeling that this time Ivanovic's team won't be able to make fun of the Piraeus: the team has become slower, and those who are fast often beat their own brains in the first place. This is particularly true of Giedraitis's replacements. Well, maybe it's temporary.

Last season Baskonia was clearly stronger. However, the teams are almost equal now, so I don't share the bookmakers' confidence in their odds of 1.30 for a Greek win and 3.40 for a Basque win. Baskonia hasn't really weakened that much. Well, a lot will depend on Giedraitis. Coming from Ivanovic's promise to make a decision on game day, the Lithuanian's injury isn't very serious. Here are the betting options:

Oakland Athletics vs Toronto Blue Jays Prediction: It's time for the Blue Jays to beat the Athletics