Olympiacos vs Monaco: No Matter How Much They Score, This is the Match of the Equals 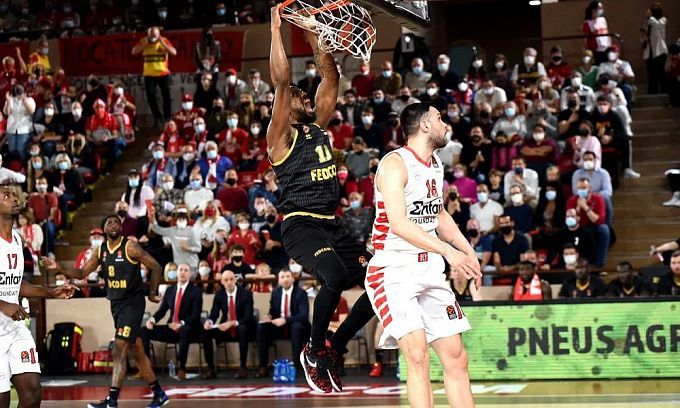 It's not hard to remember how the teams got to the fifth game in the playoffs, and in that game, the advantage of one was overwhelming. Take last year's Barcelona-Zenith series. Well, that didn't seem to be the case here.

In both Greek games of this series, Olympiacos clearly fell short of the mark, 71 in Game 1 and 72 in Game 2. By the way, Bartzokas's 77 on the road is also underachieved, albeit by a small margin. That means that in three of the four games the Pirean offense has not been as efficient as it was in the regular season.

The bokmakers are offering odds over 1.8 on Olympiacos's individual total under 81.5. The Greeks have not even averaged 81 points per game in a regular season game, which is quite a lot for them. Judging by the result of the previous game in the series, overtime should not be ruled out, but at 81.5 in regulation time, Olympiacos doesn't stand much of a chance. Under Sasha Obradovic, Monaco averaged 78 away goals, but in Piraeus they never let the home team get even close to that mark.

Monaco has played six games against Olympiacos this season, and in all six of them they have surpassed the Pireans in the number of fouls. Passes, rebounds, losses, interceptions and accuracy of shots - all this changes one way or the other, but the fouls remain the same - Monaco breaks the rules more often than the opponent both under Mitrovic and Obradovic.

The decisive game will take place in Greece with a full house and Luigi LaMonica in charge. Therefore, we can consider two options - total fouls and minus fouls handicap.

It's impossible not to notice that, as the denouement approaches, these contenders have stopped smashing each other. The last two games didn't end with a 20-plus advantage, but with a one-to-four-point margin.

We've come to what we knew perfectly well before the series began: the fifth game and the teams are evenly matched. Since they are even, my choice will be quite natural and understandable: