Australia vs Belgium: the first of many victories for Australia? 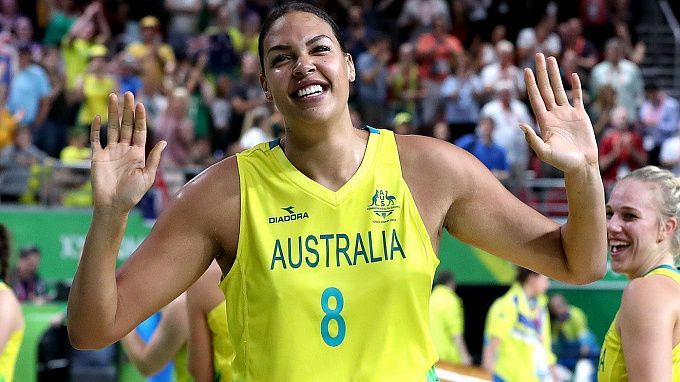 It appears that Group C of the women's basketball tournament is the weakest one. Australia, Puerto Rico, China, and Belgium are in this group. Will the Australian team be able to get their first victory in Tokyo in their opening match? We'll pick a few options to bet on at once.

Australia may be the only rival of the U.S.

The 2006 World champions, 2018 World Championship finalists, three-time Olympic silver medalists (2000, 2004, 2008) - this is by no means a complete list of the Australian women's basketball team's achievements. Even after a poor performance at the Olympics in Rio, where they lost in the quarterfinals to Serbia, does not make them any less of a favorite at the Tokyo Games.

The Australian team is the only truly worthy opponent for Team USA, simply because Australian basketball players are already competing in the same leagues and competitions as their American counterparts. Almost the entire Australian lineup plays in the women's NBA.

Is Belgium coming out on top in basketball, too?

Of course, it's too early to say it, but the Belgian team will be a top one. Traditionally one of the weakest teams on the continent, Belgium has made great strides in recent years. At the first World Cup in its history, in 2018, the Belgians finished fourth. Belgium's performance in the last three European Championships was also unexpectedly good - 3rd place in 2017 and 2021, 5th place in 2019.

We should highlight that part of the recent successes of the Belgian women's team, come thanks to their head coach Philippe Mestdagh and his two daughters, Hanne and Kim. Both went to NCAA school and didn't make it to the NBA, but they brought their experience back home.

As good as Belgian basketball has been in recent years, they are unlikely to match up with Australia. One of the strongest teams in the world will start the tournament in Tokyo with a victory. Our prediction is that Australia will beat Belgium.