Slovenia vs Germany: Doncic is unstoppable 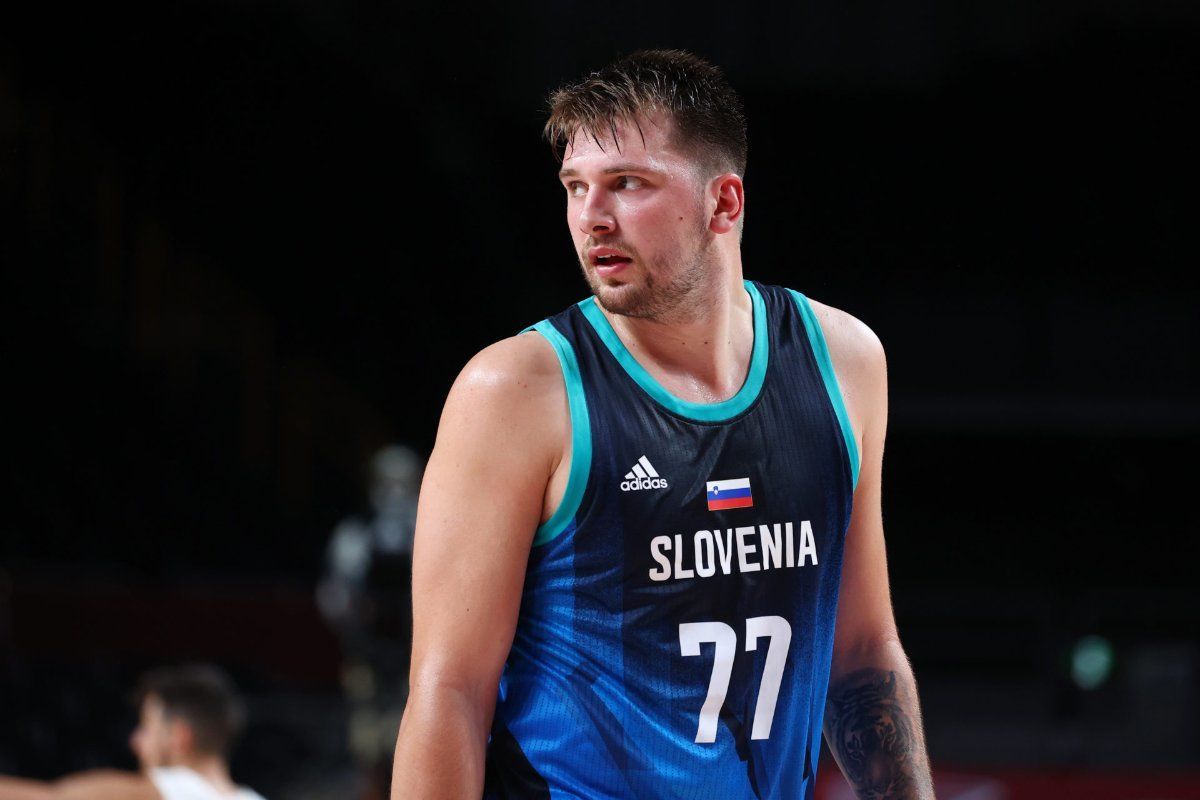 Luka Doncic has won 16 consecutive matches against Slovenia and if he extends his successful streak, the team will reach the semi-finals of the Olympics. The Slovenians must beat Germany, who have only one win in Tokyo 2021.

Luka Doncic is one of the few systemically essential players in the NBA, so it’s no surprise that a competent Slovenian national team has been built around him. The Dallas player cannot be held offensively. If several defenders converge on him, he successfully finds partners with accurate passes. Yes, Luka’s defense isn’t always perfect, but the team cleans up after him and doesn’t complain. Besides Doncic, Vlatko Čancar plays in the best league in the world, and he has shown himself excellently for the Slovenian squad. Clement Prepelic, Zoran Dragic, and Mike Tobey are well-accounted for in Europe, and the three-point percentage in Valencia’s arsenal adds to the team’s varied offence. The Slovenians are playing from the shot, though making 35.8% of their threes and are 6th in that number. Dragic, Čancar, and Tobey are in the top 10 in shooting percentage from the field, while the team leads in two-point percentage.

In Tokyo 2021, they defeated Argentina 118-100, Japan 116-81 and Spain 95-87 to finish first, after winning nine straight games in Olympic qualifying and friendly matches. In the recent match against Spain, Doncic was quickly fouled, severely limiting his defence. At the same time, the opponents constantly double-teamed Luka, which was no problem for the Dallas star. He consistently threw passes to open three-pointers, and there were questions for his partners, who often missed. In the end, the Slovenians hit only 12 of their 38 three-pointers, with Cancar, Muric, Doncic and Prepelic scoring the best. Doncic was one assist short of a triple-double, while Cancar, with 22 points, was the highest scorer on the team.

The German team looked unstable in recent top tournaments, but despite that, they qualified for the Olympics and reached the quarter-finals of Tokyo 2021. Daniel Theis, Maxi Kleber and Dennis Schroeder could have been of great help to the team. The big men are in demand these days, and a fast point guard would have been helpful. In the end, Schroeder was nicely replaced by Maodo Lo. Although Lo often loses the ball, he makes the Germans faster and is mainly responsible for their only win against Nigeria in the group stage. As for team statistics, Germany is fifth in field-goal percentage (47.4%) and second in three-point percentage (41.8%), but only 12th in average assists (16.0).

In the final game of the group stage, Henrik Rödl’s boys lost to Australia 76:89. By halftime, Germany was trailing by only 4 points, but in the 2nd half, the opponents took the game under their control. The Germans made 11 of their 33 three-pointers, but Andreas Obst led all scorers with 5 of his 17 points, making him the most productive player on the team. Maodo Lo was poor, hitting just 2 of 12 shots from the field and six turnovers. In total, the German team lost the ball 18 times, three times more than Australia. That was the critical factor.

The Slovenian national team is superior to their current opponent in terms of skill, and even without Luka Doncic, the advantage is obvious. Vlatko Cankar has opened up for the national team, and now they need other teammates to shoot better from beyond the arc. Open three-pointers will likely be plenty thanks to Doncic, but the Dallas star will be fouled all by himself if not. The Germans lack stability and are far more dependent on long-range shooting than the Slovenians. Germany lack a good playmaker, Maodo Lo often loses the ball, and too much depends on the bigs. I suggest betting on the following outcomes: