Ukraine vs Spain Prediction: La Furia Roja to Win and Take the First Place in the Group 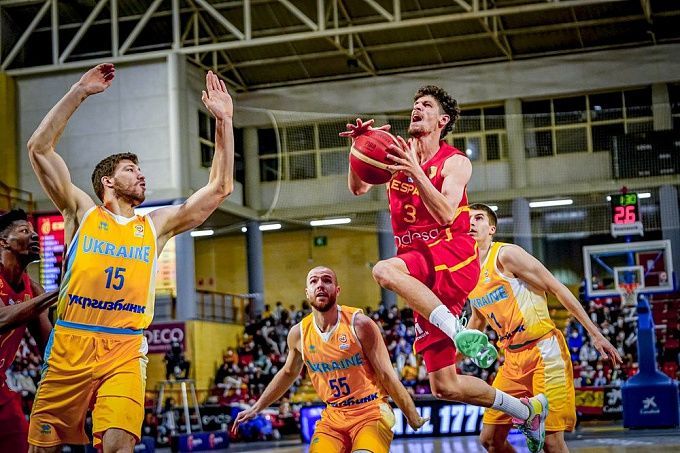 In the final match of round 2 of European qualification for the World Cup 2023, the Ukrainian national team will meet with the team of Spain at the Arena Riga, Latvia. Let's choose several bets on this match.

The previous match was a key one for the Ukrainians, and they passed the test with dignity, defeating the team of Northern Macedonia on the road - 73:68. The most productive player was the NBA forward Sviatoslav Mykhailiuk, who scored 24 points. The team under Latvian coach Ainars Bagatskis, David Blatt's ex-assistant in Turkey's Darussafaka, made it to the next qualification round.

Spain Missed the Chance to Top the Group Now

In the last match, the Spaniards visited Georgia and lost to the local team. The outcome was decided in overtime - 76:82 (67:67). Thus, Sergio Scariolo's squad left the Georgians ahead in the standings and needed a victory over Ukraine to take first place. The Spaniards missed their chance to lead the group with one round to go.

Spain will be motivated in Latvia. First place in the group ensures a better disposition in the second part of the qualification. So the Spaniards will do their best and, as a consequence, probably win. Although Scariolo's lineup isn't the strongest at the moment, they still need to clinch the victory over far from the powerful Ukrainian team. Prediction - the victory of Spain.