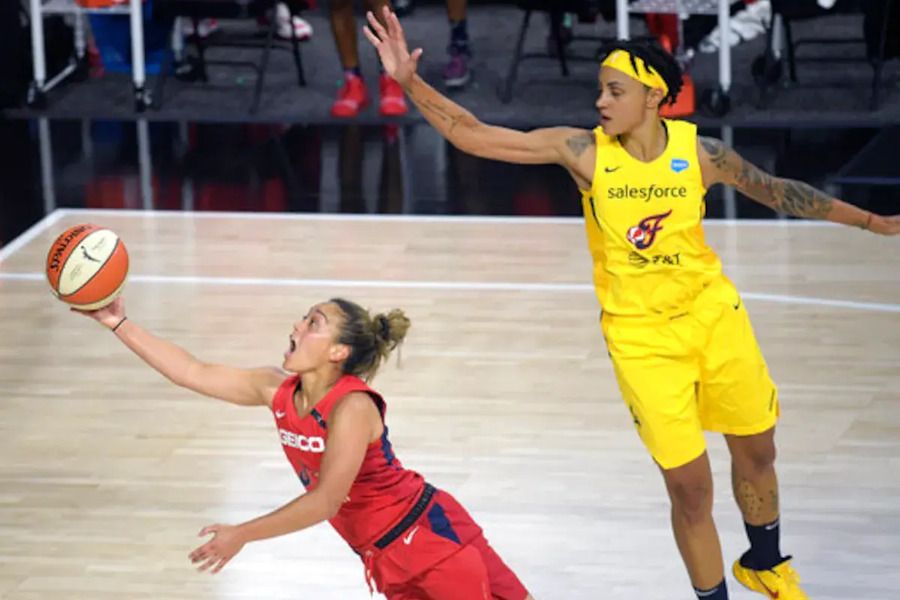 The WNBA is going to begin and we will see amazing women athletes competing at the highest level. The last season’s champions were Chicago Sky, a team that made a deep Playoff run after having a so-so season. Meanwhile, the two teams that will meet here in Washington Mystics and Indiana Fever were not even close to the Playoffs last season. The Mystics finished at the ninth position, one position below the last ranked Playoffs team in New York Liberty. Meanwhile, Indiana Fever in the last place and they will have their work cut out.

Washington drafted Shakira Austin during the draft just a few weeks ago. Shakira brings a lot of impressive play around the low-post but her game is not just limited to that aspect as she averaged around 15 Points Per Game, 9 rebounds per game, and 2 blocks per game showcasing two-way promise. However, the team’s frontcourt still remains weak considering they lost Tina Charles, who was the league’s scoring leader last season and is also a superb rebounder.

The Mystics also acquired Japanese Guard Rui Machida who is set to bolster the playmaking side and alongside impressive scorer Natasha Cloud, that is surely a strong backcourt. The health of legendary player Ellena Della Donne also is important and if she plays, the Mystics can still field a strong attack. Myisha Hines-Allen is also a strong open-court player and the Mystics can spark something special if Ellena is active and Shakira has a strong rookie season.

Fever had a terrible 2021 season and they were the second-least productive season on the offensive end and on the defensive end, they allowed the second-most points. But that can change this season as the team drafted NaLyssa Smith, a woman who is both athletic and knows how to choose her shots. Someone like her can be a huge difference-maker on both ends and the Fever needed that sort of presence last season badly. How will the absence of Teaira McCowan can affect the overall size?

Tiffany Mitchell and Kelsey Mitchell were both up-and-down in terms of consistency but they bring a lot of scoring talent to the plate. And the acquisition of Emily Engstler at the Power Forward position can’t be stressed enough as she brings elite defense and also three-point shooting. The Fever also signed Lexie Hull at the wing position and she has been a reliable three-point shooter and defender.

Points Range: This is the first game of the season and it is unclear what trends will play out. It isn’t like both rosters’ core is similar to the last season and with the fresh changes, it is tough to see where this game will go. The Pacers brought in both athleticism and three-point shooting in the offseason, something they desperately missed last season. The Wizards brought in Rui Machida and it will be interesting to see how she will survive in a league that has both length and athleticism. I think this can be a low-scoring one, perhaps in 140-150 points range.

Prediction: The Pacers can be a tough time to tackle this season considering they have brought in some interesting young talent. Mystics will need Ellena Della Donne to be active this season and she alongside Shakira Austin can be tough to handle. This is a tough one to predict but I believe the home team Washington will start strongly. I give them a 76:66 victory here.


Tags:
Rating:
0
Comments (1)
Michael Emeli
User
Glad to have you back here man
1