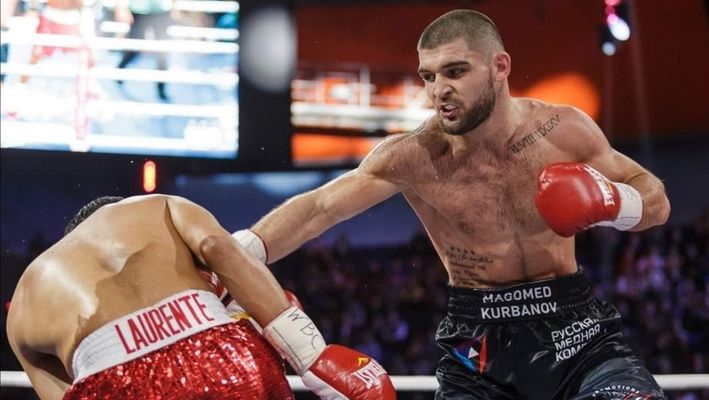 Magomed Kurbanov will face Johan Gonzalez in a 10-round super welterweight fight on Sunday, December 11 at the Martial Arts Academy RMK in Ekaterinburg, Russia.

Kurbanov has achieved some of his most notable triumphs in recent years.

He won a tight (some say controversial) decision over former WBO titleholder Liam Smith in May 2021, then added a bigger decision this July against another WBO beltholder, Patrick Teixeira. Kurbanov, 27, is likely to be in his prime, but his title hopes have been damaged by sanctions imposed by major sanctioning authorities.

Gonzalez, 31, will compete for the first time outside of Venezuela and Panama, where he has spent his whole career. The Venezuelan, who made his pro debut in 2017, faced relatively unimpressive opposition. When he took the stage in class, the results were mixed. In September 2019, he was defeated by seasoned countryman Charlie Navarro on points. His second try, though, was more successful, as he halted previously unbeaten Azerbaijani kayo artist Elvin Ganbarov in five rounds this past March.

Magomed Kurbanov ranked no. 8 will surely boost his credentials this time against Johan Gonzalez who is ranked no. 3. The boxer has won some of the most complex matches recently and is in a pretty good form.