Afghanistan vs Pakistan T20I : Will Afghanistan stop the mighty Pakistan? 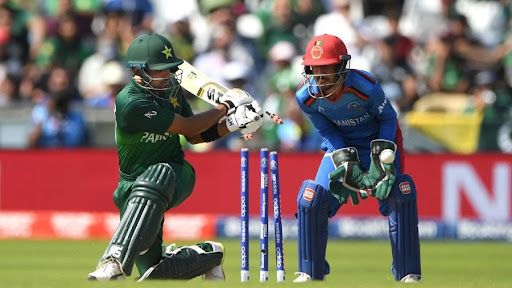 Afghanistan are up against Pakistan in match number 24,Super 12 Group 2 of the T20 World Cup. This match will take place at Dubai International Cricket Stadium, Dubai.

Pakistan have dominated in the tournament so far with two wins in two matches. Afghanistan also started on a winning note with a comprehensive win against Scotland. It will be an interesting watch for the viewers as two quality sides are up against one another.

Afghanistan qualified directly for the Super 12 stage. They began their campaign with a huge win against Scotland. Afghanistan scored 190 in the first innings and then went on to restrict Scotland to just 60 runs, winning the match by 130 runs. Najibullah top scored with 59 runs off 34 balls. Hazratullah Zazai and Gurbaz also contributed with the bat with scores off 44 and 46 respectively. However the star of the show was Mujeeb ur Rahman who picked 5 wickets off his 4 overs. He also managed to take a hat trick in the process. Rashid Khan also picked 4 wickets and gave away only 9 runs. Afghanistan completely dominated Scotland and will be looking to bring their A game in this match against a tougher opponent.

Pakistan to everyone’s surprise has started with wins against two mighty sides, India and New Zealand. They first defeated India by a huge margin of 10 wickets and then they went on to defeat New Zealand by 5 wickets. Mohammad Rizwan once again was the top scorer for Pakistan as he scored 33 runs. However, Shoaib Malik and Asif Ali won Pakistan the match in a crunch situation. Haris Rauf was the star with the ball, he picked 4 wickets for 22 runs. Shaheen Afridi, Imad Wasim and Mohammad Hafeez picked 1 wicket each. Pakistan have been in top form so far and it looks like they can qualify for the semi final berth. It will be a tough challenge for Pakistan against Afghanistan but they should be able to beat them.

Pakistan openers have been quite consistent and you can expect them to perform in Dubai.

Shaheen Afridi will be the bowler to watch out for Pakistan.

Hazratullah Zazai has been in good touch and he will be the batsman to watch out for Afghanistan.

Rashid Khan and Mujeeb ur Rahman are always a threat for any opposition.