Bangladesh vs Afghanistan: Can Afghanistan Carry the Momentum in the T20 International Series? 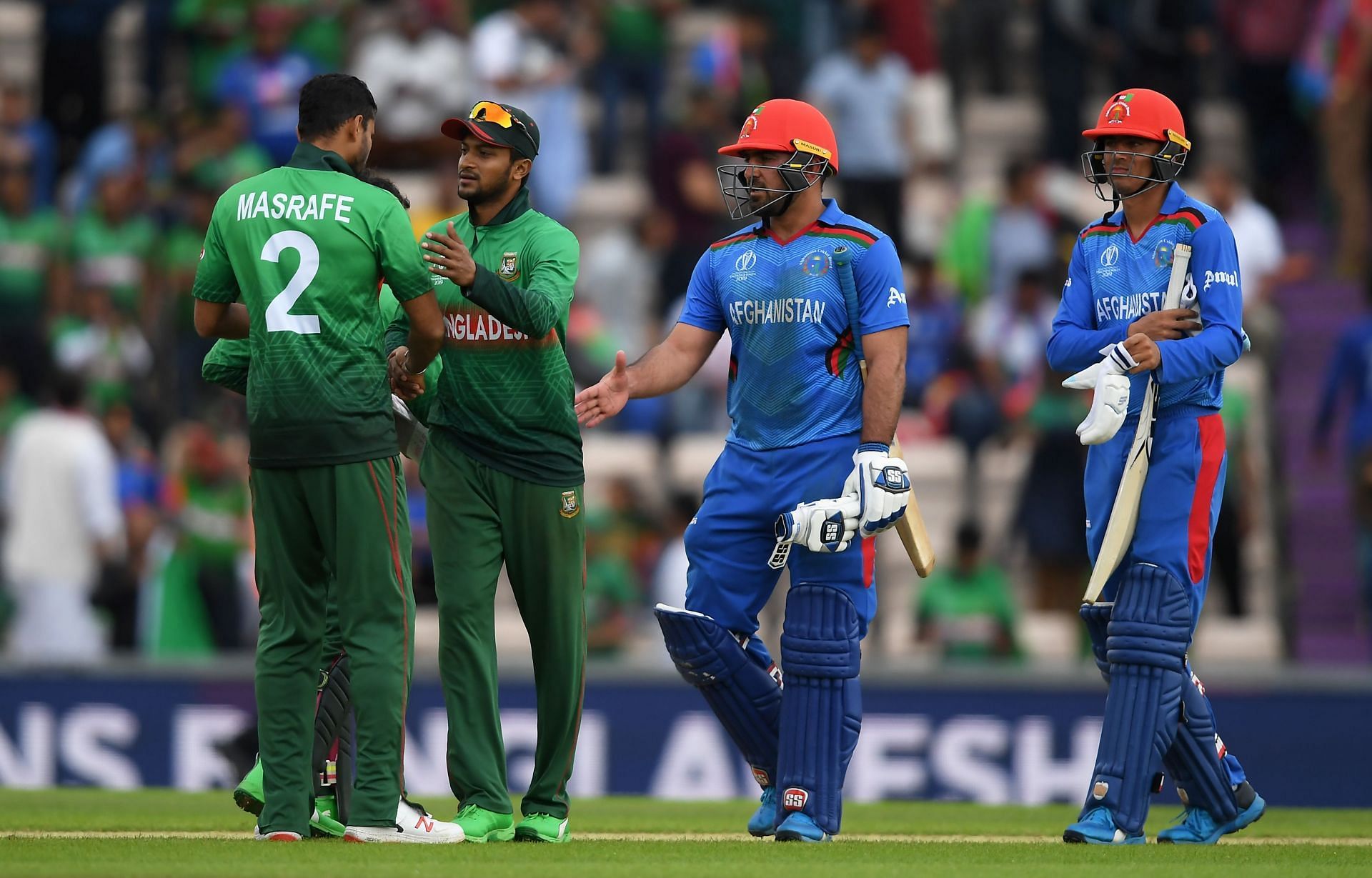 After being completely dominated in the One Day International series, Afghanistan came back strong in the final and last match of the ODI series. Afghanistan managed to cripple Bangladesh under 200 in 46.5 overs. With the bat, Afghanistan was phenomenal, chasing the target at the loss of 3 wickets in 40.1 overs. Though Afghanistan was defeated 2-1 in the ODI series, they can definitely carry the momentum in the T20 series and play their natural attacking cricket. With the likes of Rashid Khan, Mohammad Nabi, and other seasoned players, Afghanistan is likely to dominate Bangladesh.

Afghanistan- Looking to Carry the Momentum from their Last Win

Afghanistan is certainly a competitive side when it comes to T20 cricket. The vast pool of available players for Afghanistan helps them in selecting a well-planned combination before stepping into the field. Considering the pitch conditions of Mirpur Stadium, it is expected to be a spin track, assisting Rashid Khan and Mohammad Nabi. Talking about their batting lineup, Najibullah Zadran, Usman Ghani, Mohammad Nabi, Rahamanullah Gurbaz, and Rashid Khan can be destructive on their day. However, Afghanistan might struggle against a decent bowling lineup. With Mohammad Nabi in charge of the playing eleven, it’s expected that he would prefer sticking to the basics and playing the regular side. It expected Mujeeb Ur Rehman might become available for the selection, and certainly, his selection would play a pivotal role in Afghanistan’s success.

Bangladesh has won their last 2 home series out of 3, and that too against Australia and New Zealand. For the upcoming T20 series, Bangladesh is likely the favorite of winning if Afghanistan didn’t surprise them like the 3rd ODI. With Bangladesh gelling as a unit under the captaincy of Mahmudullah, they now seem like a more compacted and well-settled unit. With the likes of Mohammad Naim, Munim Shahriar, Yasir Ali, Afif Hossain, Mahedi Hassan, Shakib Al Hassan, Litton Das, Mushfiqur Rahim, Mustafizur Rehman, and Taskin Ahmed in the team, Bangladesh is certainly dominating Afghanistan.

Comparing both teams on paper and their individual statistics, Bangladesh has the advantage of playing at home. With a decent bowling attack in the form of Mustafizur Rehman and Taskin Ahmed, Bangladesh has the ability to rattle the opposition. On the other hand, if Rashid Khan is able to produce performances like PSL, then he would certainly challenge Bangladeshi batsmen.