Canterbury Kings vs. Wellington Firebirds: Can There Be a Upset? 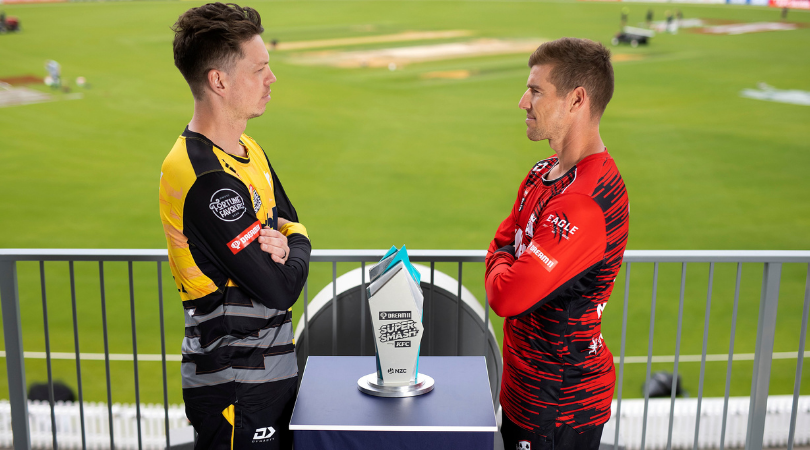 With Super Smash in its final stages, Canterbury Kings and Wellington Firebirds would be competing for a spot in the final of the Super Smash 2021-2022 season. Wellington is coming from a defeat from their last match against Northern Knights. Canterbury Kings, on the other hand, won their last group game against Otago, and that too with a comprehensive margin of 8 wickets. The upcoming elimination final would be a thriller of a contest featuring the 2nd and 3rd best teams of the ongoing Super Smash tournament. The winner of this match would be playing against Northern Knights in the final of the Super Smash tournament.

Canterbury Kings- Searching for a Spot in the Final

In the ongoing season, Canterbury Kings have performed significantly well, portraying their sheer determination, skills, and execution on the field. Canterbury Kings managed to secure wins in 8 out of 10 league matches played. Canterbury Kings have the right balance of young and experienced players in the lineup, which adds significant value to their squad. Ed Nuttall has been among the runs and wickets this season for Canterbury Kings, contributing to the team’s overall performance. Ed Nuttal has managed to pick 15 wickets at a decent average of 20.73. Matt Henry has also supported his fellow teammate by picking 12 important wickets in 8 games averaging 20.50.

With Leo Carter, Ken McClure, Jack Boyle, skipper Cole McConchie, Matthew Hay, and Chad Bowes in their main lineup, Canterbury have a fair chance of securing a spot in the final. Cole McConchie is confident that his boys will play exceptional cricket and win the title this year.

Wellington Firebirds- Can Upset the Opposition

Wellington Firebirds demonstrated mediocre quality and strengths in their lineup and overall performances this season. Wellington features some prominent players from the list A and international circuit but only managed to secure 5 wins in the league stages. Going into the semifinal stages of the tournament, Wellington Firebirds need to pull out their A-game to defeat Canterbury, who is in decent form this season.

Skipper Michael Bracewell has also struggled this season; scoring runs without having flow or consistency. To win the match against Canterbury, Wellington’s openers, Nick Greenwood and Tim Robinson, need to come out all guns blazing. With Hamish Bennett, Ben Sears, and Olie Newton in their bowling lineup, Wellington Firebirds can restrict the opposition to low scores.