Afghanistan vs Scotland T20I: Afghanistan spinners can be too good for Scotland 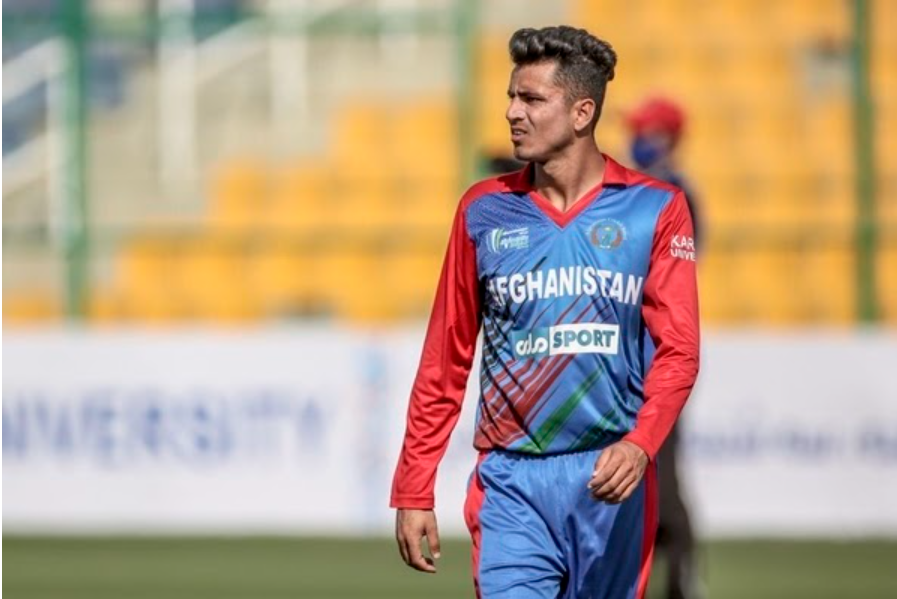 In this Group 2 match-up, the Afghanistan outfit takes on the first-round qualifier Scotland. Scotland heads into this fixture after carving three out of three wins in the qualifying round. Meanwhile, Afghanistan will come into this match with one of the best chances to get a win as both teams open their Super 12s journey.

Bowling: Afghanistan has one of the most destructive spin combinations in the world, that can be dubbed better than some of the top eight teams in terms of ranking. Rashid Khan, the legspinner is well known for his googlies and has the ability to both choke runs and take wickets with his change of pace. Skipper Mohammad Nabi is an off-break bowler and has shown that he can be both an economical and striking option. Mujeeb Ur Rahman, another off-break bowler is courageous and can extract wickets through his bold bowling using flighted deliveries with pace variations. These three will surely test the Scottish batting, even if Munsey and MacLeod are decent players of spin. Scotland struggled to pick either Shakib or Mehedi Hasan in the First round so this can be the decisive factor when all is said and done. Among the seamers, Naveen Ul Haq has emerged as a big factor recently and Karim Janat can do a decent holding job. However, the team is spin-heavy and many times ends up bowling more overs of spin than pace.

Batting: Afghanistan’s opener Zazai is among the most flamboyant batters, going gung-ho from the first ball. On a Sharjah pitch, where bowls are not coming as well as to the bat, that can be a problem. However, batting against the new ball has been easier so you can expect Hazaratullah Zazai to go all out in the Powerplay. Probably Rahmanullah Gurbaz will open alongside him, who plays in a more compact and plays the role of anchor. Mohammad Nabi is the “X-Factor” among Afghani batters, he is a rock-solid batter, who can both play at a quick pace or hold the fort down during collapses. Najibullah Zadran has struggled recently but his 33.12 average is too impressive to overlook. Naib and Afghan can dig in the middle although with inconsistency while Rashid has shown he can deliver some long hits down the order.

Overall: Afghanistan is largely going to rely upon its spinners to win games. A team like Scotland that doesn’t play such quality of spin will need to read the variations out of the bowler’s hands in what can potentially be a spin-friendly track. Afghanistan’s fielding has not been of a high level historically so that is one area where they will need to shore themselves up. Overall, this team has the potential to skittle opponents for low totals on spin-friendly track so be very cautious if you face the varied spin lineup of Rahman-Khan-Nabi.

Scotland: Soaring but is this it?

Batting: Scotland has put together some memorable performances already when it come to the batters. The upside has been their middle-order with Berrington, Cross, and Greaves stepping up in different games. Berrington is a run accumulator in the middle and has shown he can go hard at the bowlers. Cross performs the role of anchoring while Greaves has shown in one game that he can finish things. Cross and Berrington have combined for 185 runs in three matches, both averaging 40+, already having built two long partnerships. Scotland’s openers Munsey and Coetzer are two of their main players in recent history and they will be playing a huge role to steer the batting. Meanwhile, Macleod can dig in too, and is a viable player of spin bowling.

Bowling: Scotland’s bowling has been highly impressive. On a track like this, a tight spin bowler like Mark Watt will be handy and his tendency to bowl sharp and tight lines can bother the Afghani batters. Meanwhile, Josh Davey, who is a medium pacer, can swing the ball and his late movement will test the footwork of Afghanistani batters. Davey has led the team in terms of wickets so far. Spinner Michael Leask can be the “X-Factor’’ on a wicket that can be a little slow. Meanwhile, Brad Wheal offers a lot of pace up-front while seamer Sharif showed he can be a handy bowler too. Chris Greaves can also eke out overs of spin and this team surely has deep bowling.

Overall: Scotland will enter the game on a sky-high note, remember, this team has beaten a tough Bangladeshi outfit earlier too. The team has played with superb poise and presents the nerves of steel. The batters will have to counter a difficult spin trio and Naveen Ul-Haq can give them trouble up-front. The bowlers have done their job so far but will have to swallow any blitz put forth by Zazai at the start. This is not to say that Scotland doesn’t have a chance against Afghanistan, in fact, this is going to be one of their best chances to steal a win.

First Round peak performers for Scotland are given below:

Pitch: Batting conditions can be tough in Sharjah once the ball gets a little old. Runs can be made in the Powerplay when the ball is new but as it starts to age, it shows a tendency to grip on the surface. Spinners like Rashid, Mujeeb, Nabi, Watt, and Leask will love such conditions for bowling and can use deceptive lines, lengths, and variations. However, pacers can also extract wickets through change-up deliveries and use the slowness of the wicket to switch between faster and slower bowlers to keep the batters guessing. Expect runs somewhere around 120s, don’t be surprised if a team skittles between 50-100. However, don’t forget about batters like Zazai, Berrington, Munsey, Coetzer, and Cross either who can up the ante.

Head-to-head: Scotland has shown that the head-to-head numbers can be turned to dust with their win against Bangladesh in the first round. Nonetheless, both teams have played six times including three times on Sharjah, albeit on a different type of wicket and Scotland has never beaten Afghanistan. Will this be the first? Rashid Khan would wag his finger.

Afghanistan enters with the historical edge and also has the experience of playing against top teams more than Scotland. On the other hand, Scottish men have now gotten used to the conditions after being in UAE and Oman for more than a month now, also having won all their First Round games. There are not going to be many runs on this wicket and most likely, Rashid Khan/Mujeeb Ur Rahman/ Mohammad Nabi will run through Scotland. Afghanistan is a safe bet but remember the Scotland team is sky-high in terms of form.