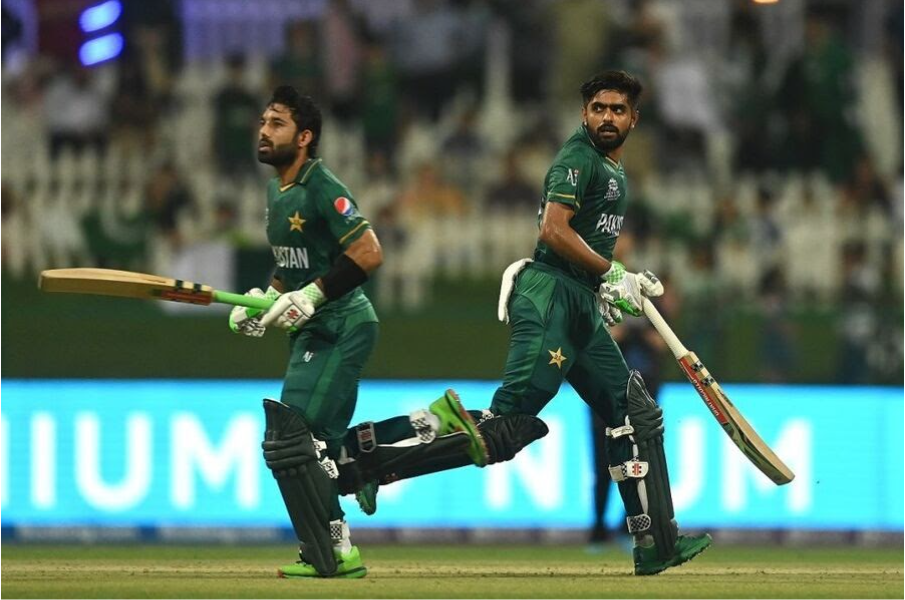 So it is finally here, the Semi-Finals of the ICC T20 World Cup as the tournament heads closer to designating a winner. Two ultra-fast pace attacks square off in the battle between Australia and Pakistan. What is at stake? A Finals spot! Who will prevail, buoyant Pakistan or the battle-hardened Aussies? To get an overview of the scenario, head to the “Expert Betting Tips” section.

In terms of experience, Aussie bowling has a lot to offer. Starc, Hazelwood, and Cummins have bowled alongside each for a long time now and offer both pace and variations. The pace attack combined with the most threatening bowler for Australians in Adam Zampa, and as much as four sides have felt the jolt, especially South Africa and Bangladesh as the Africans got restricted to 119 while Bangladesh to a paltry 73. However, the Pakistani batting lineup has clicked more than any other team but can they withstand a barrage from the likes of Starc? One thing is for sure, Pakistan has the potential to negotiate Adam Zampa better than the teams that have played Australia so far. Can Adam continue his swashbuckling form against a team that plays spin well? Here is a look at the leading wicket-takers for Australia:

Finch and Warner are looking in great touch

Aaron Finch has rediscovered his mojo but the biggest relief comes from David Warner who has lodged two substantial scores in the last 5 matches. Although Warner can be tested by both the spinners and seamers of Pakistan, if he starts launching then this game might become Australia’s to lose. With Steve Smith in the middle accompanied by a hard-hitting middle-order in Glenn Maxwell, Marcus Stoinis, and Matthew Wade, the Kangaroos present an experienced and well-balanced batting. Can Glen Maxwell who has averaged below 10 so far come into his own if he gets a chance to bat? Will Mitchell Marsh play here or will the team opt for Ashton Agar who can be handy with his spin bowling? Anyway, here is the list of the highest run-scorers for Australia in the tournament.

It can be argued that, unlike Pakistan, Aussies had to battle a tougher group. The team somehow got through South Africa, which finished with four wins in five games. England blew them away, Sri Lanka looked threatening, West Indies and Bangladesh perhaps were the weakest links. Unlike Pakistan, Australia had to face four Test-level squads. Will this prove to be decisive?

Pakistan: On a roll

To no one’s surprise, Babar Azam is on FIRE right now, he has hit four half-centuries in the last five games and looks in supreme touch. His opening partner Mohammad Rizwan has hit 79* runs twice and the Rizwan-Babar pairing has looked the most imposing so far. Shoaib Malik did hit a 19-ball 50 in the last match but is clear that Australia has a more penetrative bowling attack than Scotland. On the other hand, Asif Ali has helped close out two games and can be crucial if this game reaches a crunch-time situation. However, Fakhar Zaman has looked out of sorts, averaging a mere 13 or so and this is where Pakistan can showcase vulnerabilities. Mohammad Hafeez has the experience and can be a big-game player. Can the middle-order handle the situation if the top-order doesn’t pack many runs? In any case, these are the leading run-scorers for Pakistan in the tournament so far:

Pakistan can pose a ton of challenges with their bowling. Shaheen Shah can move the ball with pace while Haris Rauf has a ton of slower ball variations. Hasan Ali is a strike bowler while Imad Wasim and Shadab Khan round off a complete bowling unit. Unlike Australia, the fifth option for Pakistan is a specialist who can send down quality overs, and this is where the Pakistanis seem to have an advantage. Both Shadab and Imad have done well against Australia in UAE. Here are the leading wicket-takers for Pakistan in the tournament:

Pakistan has immense reserves at display and a ton of experience. The team got through sturdy sides in New Zealand and India, showing their full repertoire. Apart from having a talented and varied pace attack, the team has two spinners who can turn the game and spinner Imad can bowl in any period. In terms of depth, roles, and playing in front of a virtual home crowd in UAE, Pakistan’s chances are really sky-high. Can they get through a tough Australian team?

Pitch: The Dubai pitch has produced balance between bat and ball. If we take out the blowouts from the equation, the batters have struggled against spin and pace alike but advanced batters have found their way home too. Australia had a tough time against England on this pitch, trudging towards 120s and Pakistan’s bowling has the same quality. The Aussies can face a ton of challenges from an attack that has both pace and potential to wreak havoc with slower bowling. On the other hand, Australia’s bowling can also scythe through the Pakistan unit. Let us see if we will see a green, flat, or slower track in the Semis.

Head-to-head: Pakistan has won 13 out of 22 contests between the two sides. Pakistan beat Australia on the last two occasions in Dubai and UAE has been a home away from home for the stellar T20 outfit. Australia can see a ton of problems tackling Pakistan, who has both crowd behind it and experience of playing in this stadium multiple times.

Here are some pointers for the game: