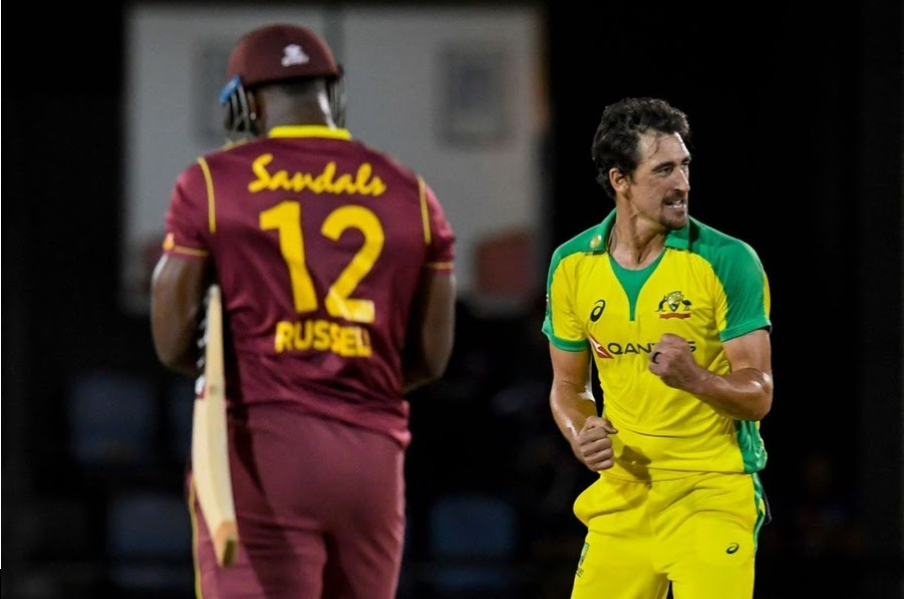 The Super 12s Stage is going to conclude in a few days and except for England and Pakistan, we are yet to find out the remaining two teams for the Semis. In this game, one of the contenders for the last two spots, Australia will meet West Indies, who has been eliminated from the race. To get an overview of the scenario, head to the “Expert Betting Tips” section.

Australia: Winning games they should

Adam Zampa has improved as an international bowler in the last two to three years, so much so that he is the leading wicket-taker for the team in the T20 WC and took 5 wickets against a flailing Bangladesh side. With Starc, Hazelwood, and Cummins up-front, Zampa is more than able to clean up batting orders with his tight lines and deceptive bowling. The bowling for Australia has both experience and high standards and it is not surprising that the team is rolling over opponents right now. Except for the battering against England, Australia has conceded 73, 119, and 154 so far in the tournament. How will they do on a high-scoring Abu Dhabi track?

Aaron Finch has been the rock of this batting line-up and leads them in scoring. He has played both anchoring and power-hitting roles so far, reading the situation well. On the other hand, his partner David Warner is still not in full flow but it looks like a matter of time before he gets going. With a middle-order containing Smith, who can provide an anchor role, Marsh, who can both go big and settle down, Maxwell, who can hit it out of the park, Stoinis and Wade, who can close out games, the Australian batting looks top-notch. How will they fare on a pitch that has brought high-scoring games?

The veterans have not batted well

Chris Gayle’s highest score is 13 runs in four innings which sums up the World Cup for him and he has not looked in any sort of form, looking lazy on his most shots. Evin Lewis has only played one inning of substance in four games. Power-hitters Kieron Pollard, Andre Russell, and Dwayne Bravo have not had any impact and the team looks in tatters batting-wise. Nicholas Pooran has been the standout batter with a couple of 40+ innings while Shimron Hetmyer pulled out an 81 runs innings against Sri Lanka. However, as a team, the Windies have not produced even ONE complete performance in terms of batting. Surely, it caused their downfall.

The bowling is better but still lacks bite

The Windies’ bowling is just opposite to Australians. They don’t offer much pace and rely on slower deliveries, change of pace, and wide yorkers to stifle the opponents. Spinner Akeal Hossein has been decent, but nothing like Australia’s Zampa or Sri Lanka’s Hasaranga. Overall, the bowling is at best “alright” and after conceding 189 runs on this track against Sri Lanka, the Australian batting, full of even more big-time hitters can pose a challenge. There is a serious lack of wicket-takers in this bowling. West Indies has looked a tad lackadaisical overall both bowling and batting-wise.

Super 12s peak performers in four games for West Indies are given below:

Pitch: Abu Dhabi has been by far the most batsman-friendly track in this tournament. Teams batting first have won the last three games and have scored at least 189 runs with India hoarding as much as 210. The ball has come to the bat better than any other pitch and batters have duly extracted the advantage. However, bowlers like Starc, Hazelwood, Cummins, and Zampa can even be effective on this track and it is clear with the current form that Australian batters have the advantage. Can West Indies unleash their much-heralded six-hitting here?

Head-to-head: In the 16 games played between the two so far, West Indies has an edge of 10-6 in terms of wins.. West Indies has won six out of eight games batting first while both teams have a 4-4 record in terms of chasing. Based on the current form, one would think that Aussies have the advantage but who knows Windies may bid farewell with a six-hitting fest?

Here are some pointers for the game: