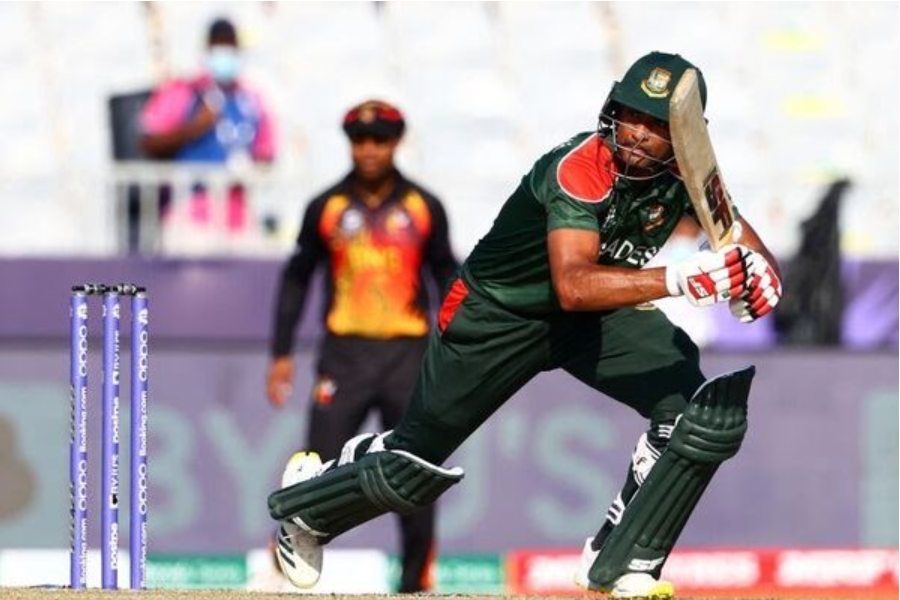 Batting: Bangladesh is yet to stitch together a confident batting performance, the team did compile 153 and 181 versus Oman, but Sri Lanka will present a more tenuous bowling line-up. Bangladesh has a historical tendency of playing wayward shots in the crucial phases of the game, and now that they will be against the big guns, they can’t afford those mistakes. One concern has been the form of Mushfiqur Rahim, who has played shots right into the hands of fielders. Bangladesh has not received a substantial opening partnership yet, and Liton Das has given his wicket away cheaply thrice, making just 40 runs in 3 innings, which is not going to get it done against top-ranked sides. Shakib Al Hasan and Mahmudullah have been the mainstay of their batting.

Bowling: On the other hand, Banlgadesh’s bowling has been charismatic, and Associate nations found it tough to counter both the seamers and spinners. Mustafizur, Taskin, and Saifuddin pace trio can be formidable and all three are capable wicket-takers, although Mustafizur has the tendency to give a lot of runs at times. Shakib Al Hasan led all the wicket-takers in the first round and his pairing with Mehdi Hasan had all the first round squads clueless. On the Sharjah pitch, where the ball doesn’t come easily on the bat, the Hasan duo can cause collapses. This bowling will surely test the Sri Lankan batters, who have not found their groove yet.

Peak performers for Bangladesh from the first round are given below:

Batting: Like Bangladesh, Sri Lanka has not gotten strong starts, Kusal Perera did make an unbeaten 33 runs in the last game but he has looked a bit out of sorts at times, making 0 & 11 in the first two games. His opening partner, Pathum Nissanka played a huge 61 runs innings versus Ireland but has fallen for 0 and 5 in two other games. To make matters more complicated, the number three position has fared even worse, Chandimal got dropped after scoring in single-figures twice, and his replacement Asalanka got out for just 6 runs in the last game. What does it imply? Unreliable starts. And if that sustains, when the duo of Hasans come in the game, the middle-order will not have the luxury of breaking open the game because of Bangladesh’s formidable pairing.

Bowling: Sri Lankan bowling has been exceptional, especially Maheesh Theekshana, who has cracked open multiple top-orders. His carrom ball is especially incredible as it looks like a regular length ball but can rattle stumps through its unpredictability. He has been a revelation for the Lankans. Chameera can rattle with his pace while Kumara gets a ton of movement, being both economical and deadly, Wanindu Hasaranga is a difficult spinner to pick and presents a ton of variations, which can spell doom on a track like this. Meanwhile, Karunaratne has done a terrific job as the fifth bowler of the team. Bangladesh will be tested in all parts of their batting and they should be careful with their often wayward shot selection as this pitch produces deliveries that require precise timing and patience.

First Round peak performers for Sri Lanka are given below:

Pitch: The Sharjah pitch has a lot of help for bowlers and the batting becomes especially tricky after the end of Powerplay. Paul Stirling’s outburst of 38 runs suggested that the batting can be easier against the new ball, but once the ball ages a little, it doesn’t come on to the bat comfortably. Is this implying that the batters should go all out in the Powerplay? This doesn’t bode well for both teams who have struggled to get contributions from the top-order. On such a wicket, spinners Hasaranga, the Hasan duo, and seamers with variations can pose a lot of problems. The runs can range from 120-140 but David Wiese showed in the Ireland-Namibia game that sheer power and timing can still fetch boundaries.

Head-to-head: Sri Lanka has won seven of the eleven encounters between the two squads, however, many of those wins came in Sri Lanka’s glory days and Bangladesh has won the last two encounters. Remember that the two teams have not met in T20s for more than three years so these are two different-looking squads now. On a pitch like the current one in Sharjah, you blink and you lose a number of wickets so both teams will have to sort out the early order woes.

This is a tricky one to predict just because of how evenly matched the two sides seem. Still, bet on the experience of Bangladesh to get the win. A match-winner like Shakib and a strong middle order can get through the tricky phases of the game and the spin bowling duo of Hasans can’t be overlooked. It isn’t like that Sri Lanka can’t penetrate through this vulnerable Bangladesh team but it is just hard to ignore a team that has Shakib. On this pitch, don’t expect too many runs, and keep the slowness of the pitch in mind before betting on Over and Under in terms of fours and sixes.