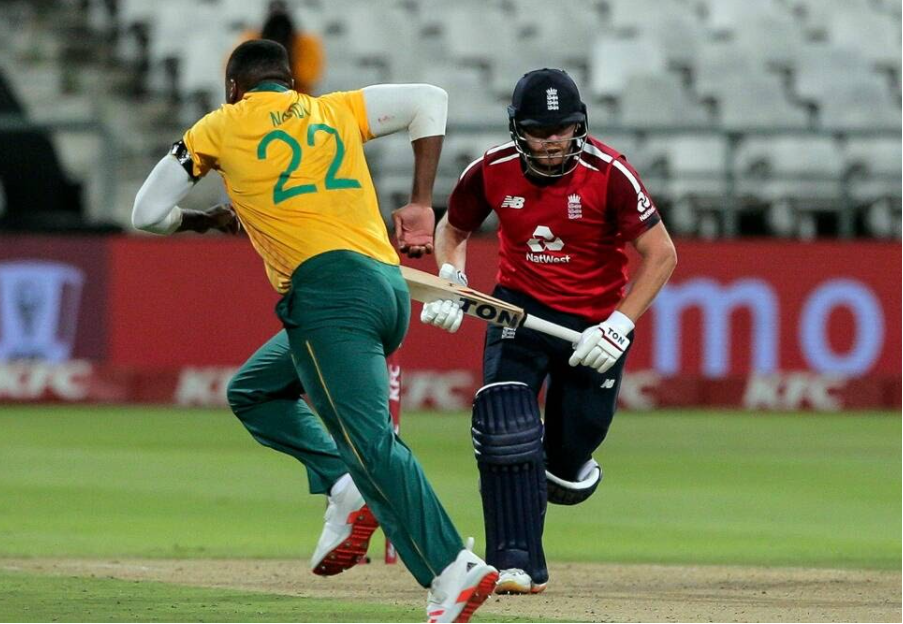 England are up against South Africa in match number 39,Super 12 Group 1 of the T20 World Cup. This match will take place at Sharjah Cricket Stadium, Sharjah.

England have been the best side thus far and are unbeaten so far. South Africa have also been in decent touch, they have lost one match against Australia. It will be an interesting encounter between two top sides.

England have been excellent in this tournament with 4 wins in 4 matches. They have won all of their matches in a very dominant manner and are already in the knockout stage. England could very well go on to win the tournament. Their last victory came against Sri Lanka by 26 runs. The win came on the back of a brilliant hundred by Jos Buttler. Buttler scored 101 not out off 67 balls. Eion Morgan also chipped in with 40 runs off 36 balls. English bowlers bowled brilliantly, Moeen Ali, Chris Jordan and Adil Rashid picked 2 wickets each at a very good economy rate. Chris Woakes and Liam Livingstone picked 1 wicket each. It will be very difficult for South Africa against a dominant England side.

South Africa have played fairly well in the world cup thus far. However, their chances of making it into the knockout stage depends upon the result of this match as well as Australia vs West Indies. In their previous match South Africa defeated Bangladesh by 6 wickets. South African bowlers managed to restrict Bangladesh for a very small total of 84 runs and their batsmen chased it down in 13.3 overs. Kagiso Rabada and Anrich Nortje picked 3 wickets each whereas Tabraiz Shamsi picked 2 wickets. Temba Bavuma was the top scorer with the bat as he scored 31 runs. South Africa’s semi final hopes lie in their hands as they have to defeat England and hope that Australia loses to the West Indies.

Jos Buttler or Jason Roy to be the top scorer for England.

Adil Rashid will be the bowler to watch out for England.

Quinton de Kock or Rassie van der Dussen to be the top scorer for South Africa.

Kagiso Rabada to be the top wicket taker for South Africa.


Tags:
Rating:
0
Comments (1)
Sports Lover
User
Bold pick my friend but I get what you are saying.
0