New Zealand vs Namibia T20I: Can Namibia make it fun? 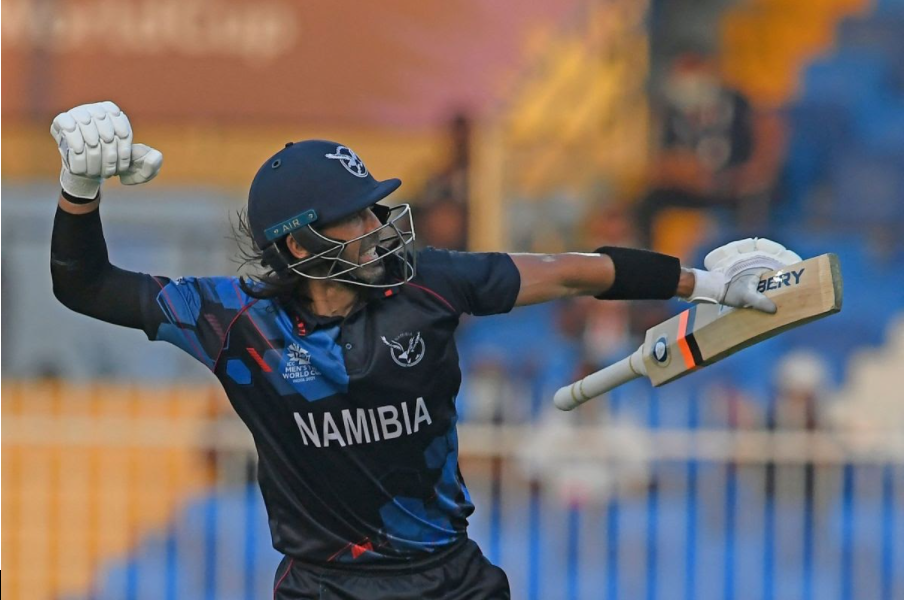 The Super 12s stage has seen a varied amount of surprises and for some teams, the road is straightforward now with simple maths. One of those teams, New Zealand needs to win their next two games and they are through to the Semis. In this game, the squad will face Namibia who has had a dream journey so far but the Semis look distant. Scotland gave a slight jolt to the Kiwis but can Namibia give them a shock? For quick tips, simply head over to the “Expert Betting Tips” Section.

Their bowling can give decisive blows

New Zealand seamers Trent Boult and Tim Southee have done well at the top for the Kiwis. Both of them can move the ball and can also generate rip-roaring speed. Ish Sodhi has taken wickets but the Scottish bowlers took him to task in the last game. Mitchell Santner has been highly economical and has been tough to deal with. Adam Milne has been taken for runs in the last two games but his speed can create problems too. The bowling is well-balanced but the Scottish men gave them a bit of a scare. Top bowling picks to keep in mind when betting on (over or under) for wickets or for Best Bowler/Player Performance:

The batting has not been fluent and the team got bailed out in the last game by a 93-runs special by Martin Guptill. It seems like Devon Conway’s game has been affected ever since he has shuffled to number three while the one who took his place, Daryll Mitchell has looked better but has not taken the bowlers apart. Kane Williamson has played two decent knocks so far while Glenn Phillips has not timed the ball too well but made a steady 30-odd run in the last innings. New Zealand has fielded five specialist bowlers and six batters in the last two contests, will they persist with this approach? Before you bet on (Over or Under), keep in mind the highest run-scorers for New Zealand so far:

The crunch time is one for the Kiwis and after this game, they will face Afghanistan. First, they will need to finish the business here against a feisty squad. Can New Zealand make an unbeaten run to finish the Super 12s? They do have a golden chance. Here is the list of fielders who have taken the most catches:

Has the top-order returned to some form?

In the first round, Namibia‘s top-order wasn’t clinical but not awful either. However, in the Super 12s, more has been needed from them and after struggling in two games, Stephan Baard and Craig Williams put their head down for some runs against a tough Pakistan bowling. In the middle, captain Gerhard Erasmus has struggled a bit but David Wiese has continued to be a huge factor, well, he is indeed the “X-Factor” for this team. JJ Smit can launch a few too but the game can run out of hand till he arrives so it is the top-order that will have to conjure up something against pace batteries Boult and Southee. These are the top batters for Namibia during Super 12s:

Ruben Trumpelmann has fetched eyeballs with his beautiful swing bowling, despite being taken for 36 runs in the last game, he bowled a gorgeous maiden over. David Wiese is once again a huge factor with the ball, as his slower bowlers, and deceptive lines and lengths put some Paksitani batters in trouble too. Jan Frylinck offers both speed and striking abilities but JJ Smit took a 50 run beating against Pakistan. Namibians are lacking a viable spin option like Scotland’s Mark Watt so they rely majorly upon their seamers. How will the Left-arm heavy pace attack tackle the New Zealand batters? Peak bowlers in the Super 12s for Namibia are given below:

Sharjah has not been the easiest wicket to bat. Scoring in the first ten overs has been difficult even the English team which is in the immense form right now struggled in the first ten overs versus Sri Lankan spinners. Spinners have been a factor on the pitch but fast bowlers throughout the tournament have shown that they can’t be underestimated. Lankans and South Africa also saw a hard time with the bat. One way to counter that could be to settle in first like Jos Buttler and then go big. In that case, Namibia can hold itself before a flurry, building partnerships first and then leaving it to the likes of Wiese and Smit to finish. New Zealand has a batting lineup that can hit big and also sneak singles and doubles so they may have an edge anyway. What kind of track will the groundstaff lay this time around?