Oman vs Scotland T20I: Bet on Scotland in a desperate battle 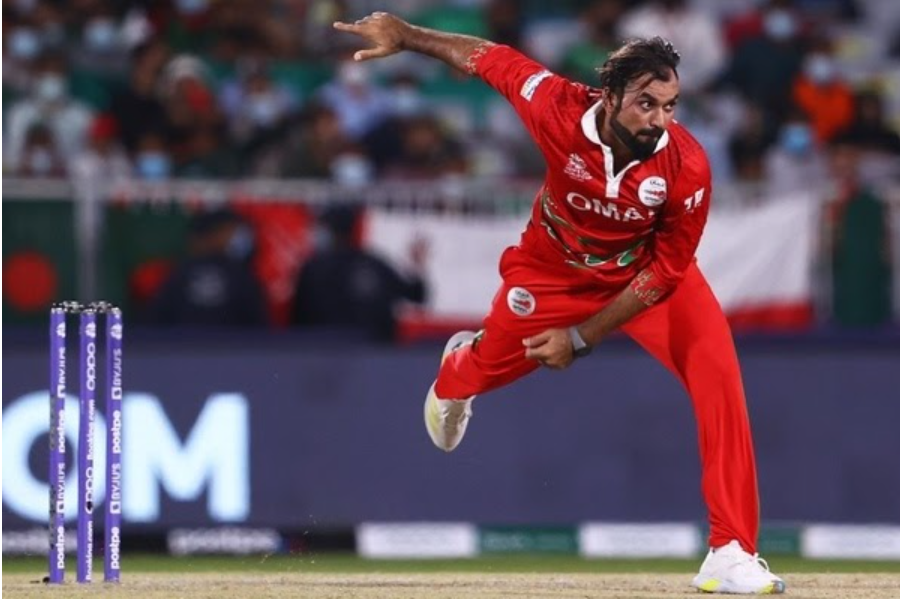 In this first-round tussle, both Oman and Scotland play their last game of the First Round. The game holds a lot of meaning for both teams and can play a decisive role in determining which team qualifies for the Super 12s round. Scotland is at the top of the Group B with two wins while Oman enters after losing to Bangladesh.

Oman is in a desperate situation and they would have to make sure that they get a win here. The team won in a dominating fashion against PNG but Bangladesh made them pay for a batting wobble. Is all hope lost for the Oman team? Jatinder Singh, Bilal Khan, and Kaleemullah can argue otherwise but yes, they face a Scotland team that is on fire right now. In the last game, the fast bowling trio of Bilal Khan, Kaleemullah, and Fayyaz Butt struck seven times and they will play a huge role in this game.

Against Bangladesh, Bilal claimed a three-wicket haul and spent just 18 runs in four overs. The bowlers did well but the batting faltered in the last match. Although Jatinder Singh did make 40 runs off 33 balls, the rest of the batters, combined for a mere 87 runs; that is not going to get the job done against quality squads. Overall, Bilal Khan has been exceptional with the ball while Jatinder Singh has played a couple of stellar knocks, and now, the team needs other players to step up in this desperate scenario.

Scotland can make the Super 12s spot their own if they come through in this game. The team exceeded expectations by beating Bangladesh and breezed past Papua New Guinea. If Chris Greaves turned out to be the hero of the first match, Richie Berrington played a superb knock of 70 runs in the last match. Wicket-keeper Matthew Cross also chipped in with 45 runs against PNG and now, three different middle-order batters have stepped in two games, overcoming the top-order inefficiency.

In terms of bowling, seamer Josh Davey and spinner Mark Watt have been special. Davey took four wickets in the last match, but more so do due to the shot selection for the PNG. Perhaps, Watt is the pick of the Scottish bowlers and has extracted advantage due to sheer control and tight lines. Meanwhile, can seamer Brad Wheal repeat his Bangladesh game heroics to bolster Scotland’s chances? Two concerns for Scotland will be the struggling top-order and a tendency to get relaxed in the field.

In the last four innings, the average score has been 148.75, the highest being Scotland’s 165 runs, the lowest being Oman’s 127. If we look at the conditions, there has been a decent balance between bat and ball, in those four innings, pacers took 26 wickets out of 38 wickets, meaning 68% of the scalps. Although spinners like Mark Watt, Shakib Al Hasan, and Mehdi Hasan have shown there are rewards if you keep it tight.

Oman showed susceptibility to spin in the last game and must be wary of the threat posed by Mark Watt. On the flip side, Oman’s seam attack has moved the ball well and kept it honest against a quality side like Bangladesh. The Scottish batsman must see off Bilal Khan who has been spectacular and be wary of Kaleemullah providing strikes in the middle, both the seamers forming a strong duo. Is this going to be a contest in the 130-150 runs range?

Bank on a Scottish win but don’t forget the deadly seam bowling of Oman. Scotland has showcased a stronger middle-order batting while Oman has a devastating opening pair. We predict that Scotland batsmen will come through in this game and that Oman see their campaign ending early.