South Africa vs Zimbabwe Prediction: Zimbabwe will fancy their chances 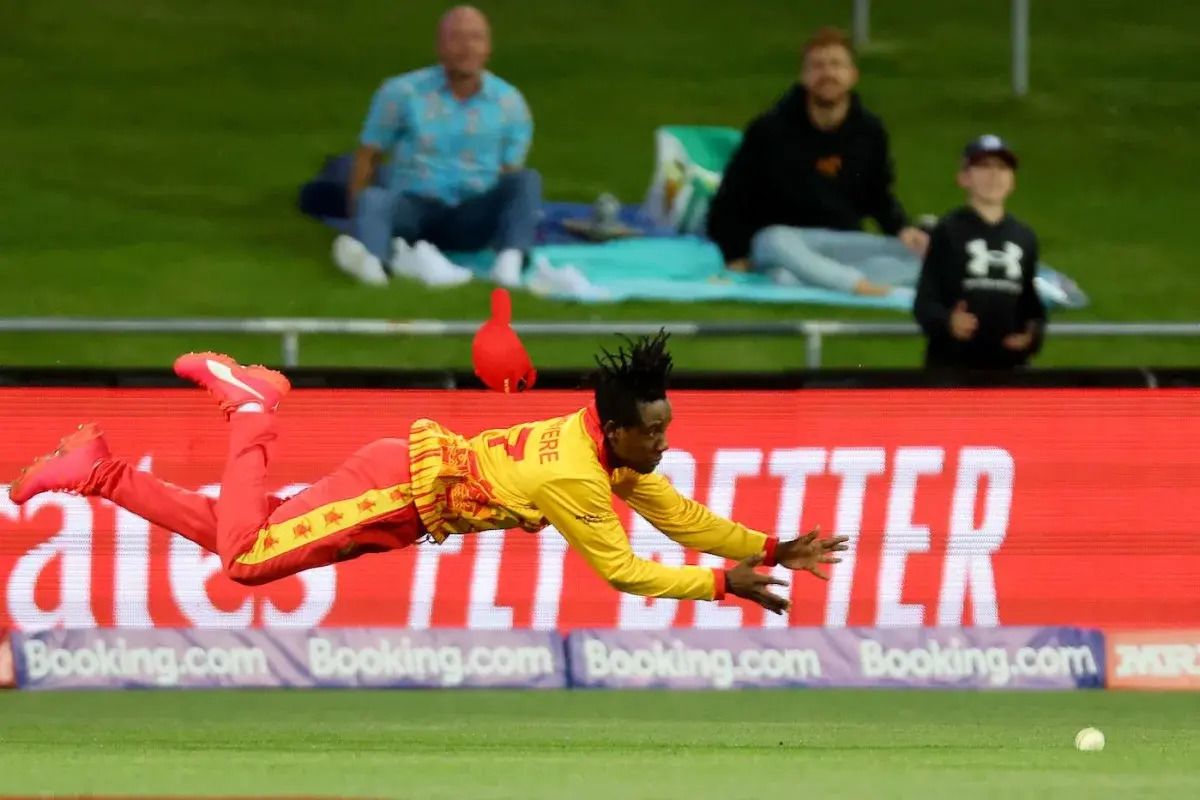 The ICC T20 World Cup has been difficult to predict. We saw former champions West Indies crash out in the early parts of the Cup and the Group Stage saw an instant classic as Virat Kohli propelled India to a last-ball win against arch-rivals Pakistan. Thus, the trajectory of the tournament has been wayward and we never know what to expect! The host Australians lost by 80+ in the opener after all! The theme of unpredictability looms large over the battle between South Africa and Zimbabwe.

South Africa has played an underwhelming brand of cricket lately. Their inability to string together big partnerships and get big starts has held them back. Thus, they enter the Cup in a precarious position. A Warm-Up win against New Zealand can boost their confidence but apart from that, a lot of soul-searching is due. Their strength is their pace battery duo of Anrich Nortje and Kagiso Rabada, the latter being a strike bowler and will fancy his chances on the pacy Australian tracks.

The spin duo of Tabraiz Shamsi and Keshav Maharaj has experience too but both has leaked a bunch of runs lately. Not having Rassie Van Dussen will hurt as he is the glue batter. Rilee Russow has been in terrific form and the same goes for Aiden Markram. Quinton de Kock and Tristan Stubbs can hit out of the park but Quinton’s timing has been a bit off. David Miller remains one of the best finishers whereas Heinrich Klassen will need to step it up. The form of skipper Temba Bavuma remains the biggest headache for the team. Overall, despite being off their game recently, you can’t underestimate the South African lineup

Zimbabwe blessed the guns in the Qualifying round, winning two of their three games. Sikandar Raza was the Most Valuable Player of the Round and he continued to shower the teams with inspirational performances both as a batter and a bowler. Craig Ervine has found some runs but the form of his opening partner Regis Chakbva has been off. Experienced Sean Williams hasn’t been in a productive touch as well but Wessely Medhevere has shown promise.

In terms of bowling, Tendai Chatara’s accuracy has paid off even against loaded batting lineups. Blessing Muzurbani is a great pace bowler but can leak too many runs at times. Richard Ngarava has been prolific and hasn’t been blown away in hitting scenarios. The spin bowling looks experienced with options like Sikandar Raza and Sean Williams. The Zimbabwean effort has been admirable thus far but the real test awaits them here in the Group Stages where the heavyweights are waiting for them to fumble.

It is an interesting battle and can be a potential thriller. There have been instances where a team has been off their game during their bilateral series game but found their notch during a big tournament. Sure, South Africa hasn’t done well at all and their preparations don’t look adequate but with their power hitters, you can’t rule out their chances. Zimbabwe has been playing some of their best cricket but they will run into a team that looks more well-rounded during the Qualifying rounds. I believe the South Africans will start their campaign on a high and I expect their top-order to click here.