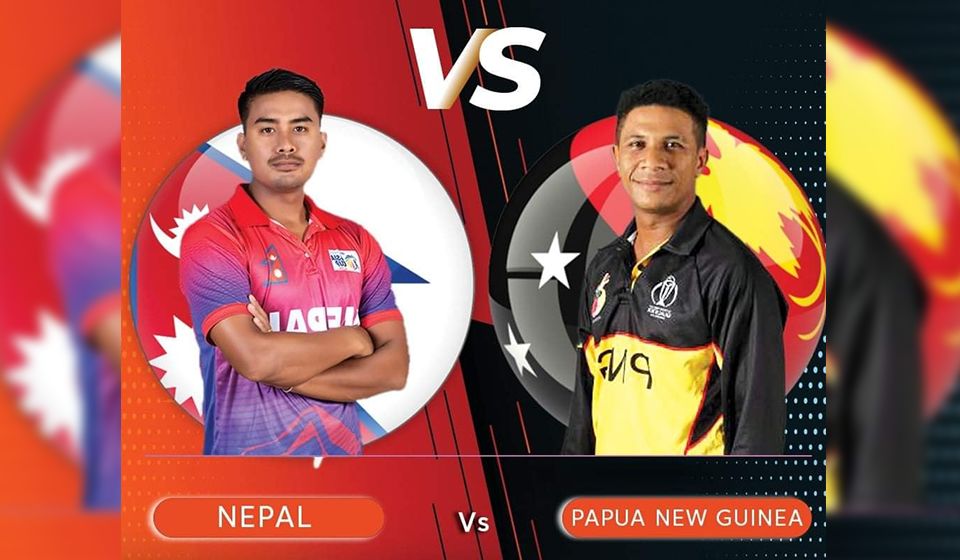 At the start of the tournament, who would have expected that Nepal would be playing Papua New Guinea in the Final of the competition. After defeating Malaysia in the round matches and giving a tough time to Nepal’s head, Papua New Guinea has made a decent reputation in the circuit. Going into the game, Papua New Guinea is certainly the underdogs as they face the mighty Nepalis. The Final of the tri-nation series is to be played on Monday at TU Cricket Ground.

Nepal is among the only few consistent teams in the category of the associate nation that has a disputed unbeaten streak in many competitions. In the ongoing competition, Nepal has remained undefeated as they have defeated both Malaysia and Papua New Guinea in the league games. Nepal is also led by example as they have a pretty well-balanced and gelled team. Dipendra Singh Airee was the man of the match from the last game, as he stood up tall and scored an unbeaten 110 of 57 deliveries and took two crucial wickets. Lamichane was also superb and dominant throughout the tournament. For the upcoming game, Nepal has the winning advantage in their favor.

Papua New Guinea- Looking for their Frist Win Against Nepal

When these two teams for the last time in the tournament, Papua New Guinea was dismissed for 166 in the pursuit of 203 runs. Charles Amini and Tony Ura remained the top scorers, along with Sese Bau, who played positive cricket. Kabua Morea is their trump card as they look to outclass Nepal in the upcoming Final.

Nepal has a decent opening pair that wouldn’t give their wicket away just like that. Dipendra Singh Airee is expected to carry his winning form in the final and strike big runs for his team. Nepal’s skipper is also consistent with the toss, as it's favoring him.