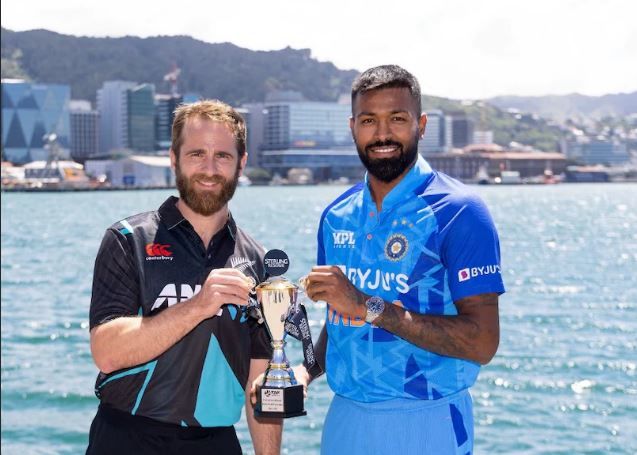 New Zealand will be facing off against India in the third and final one-day game of the three-game series being held, at Hagley Oval. After winning the T20 series, India lost the first ODI by seven wickets and the second game was washed out due to rain. Will New Zealand continue their momentum in ODIs or will India level up to save the series?

New Zealand won all of their games when India visited New Zealand in 2020. They won the tournament 3-0. New Zealand is going as favourites in the game and the series. They will be looking to replicate the success of two years back. Just one game remains between them and their success. Kane Williamson and Tom Latham provided one of the best partnerships to steer the kiwis home in the first game. Latham scored a century while helping the blackcaps win the game. New Zealand will be hoping for a similar performance in the last game as well.

India will be looking for a completely changed side from the T20s. The team started slow and kept losing wickets which derailed their batting and eventually they were not able to post a good total in the first game. The bowling was also subpar with some superstars missing from the tournament. The team was doing well when rain played a spoilsport for the game in the second ODI. Shikhar Dhawan got out cheaply in the second game as well. The team has to be at their best in the last game to save the series. We can expect some changes in the Indian bowling lineup and men in blue can really use an extra pacer in their ranks sacrificing a batter.

The pitch will be a bowler's paradise. The pacers will get extra bounce and nip to trouble the batsman. We can expect the same story of chasing down the target by toss winning captain. New Zealand is on an upswing and we expect them to clinch the series.