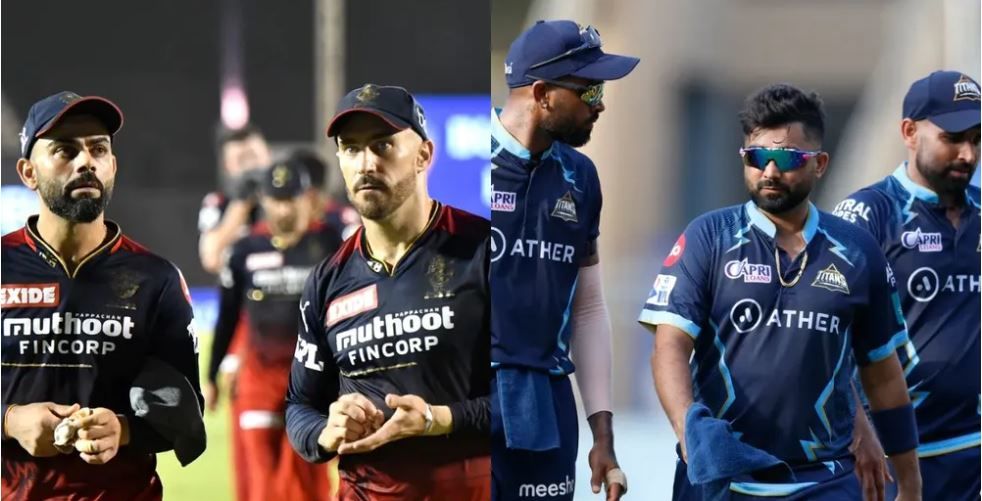 The two teams with ranging motives will go into game 67 of the Indian Premier League. While RCB will be looking to make a great impression and have their final say in the top-four race Gujarat will be looking to rest their players and try out some new talents as it is confirmed that they are going as table toppers in the playoffs.

Three teams are fighting for the fourth spot in the league table and RCB is one among them. They have no choice but to win the game to have any chance of going into the playoffs. The whole season comes down to this. Even if they win their fate will lie in hands of the Delhi Capitals who will play against Mumbai this week. With great games comes great responsibility and Virat Kohli and Faf need to step up to the occasion. After being beaten by a huge margin in the last game, the net run rate is also an issue for the team in Bangalore.

After being qualified and going into the playoffs as leader of the pack, the Gujarat Titans will be looking to seal off their league games on a positive note. With no real external pressure, Gujarat will look to test out some of their younger unknown talents. They have had an impressive season so far. The top orders have done wonderfully well, the middle order has supported them and the lower order has swept aside the opposition team's hopes. Hardik Pandya has been a revolution in his captaincy when his batting was subpar.

We are expecting that Bangalore will go all out for this game and will even try to pump up the run rate if given the chance. The team winning the toss will try to bat first and we are expecting Bangalore to come away with two points.