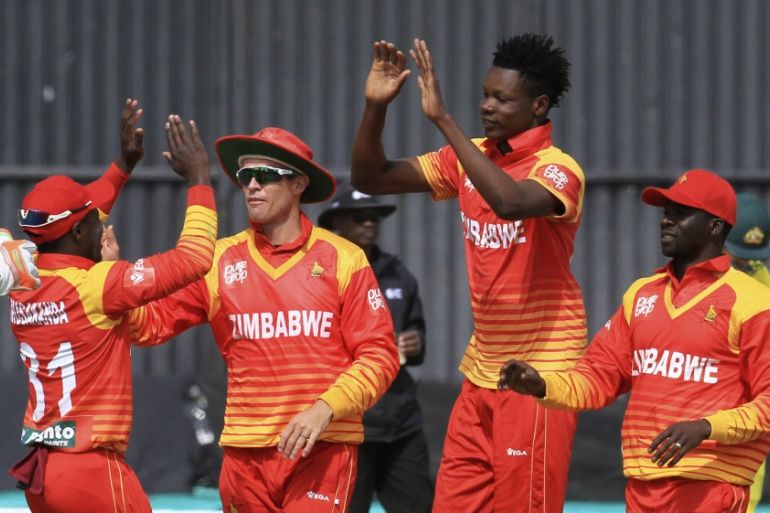 Zimbabwe and Namibia prepare for the final clash of the T20 International series, where the winner takes all. With the series level at 2-2, both teams will look to play the final game with aggression, competent temperament, and agility. The last encounter was won by Namibia by 6 wickets as they surprised the hosts and invested themselves fully for the final game.

After losing to Sri Lanka in the last series, this would have been an ideal opportunity for the hosts to take the game on and win comfortably. However, their plans were interrupted by Namibian skipper Gerhard Erasmus in the last game. In the 4th T20, Wesley Madhevere and Richmond Mutumbami were excellent with the bat as they took Zimbabwe to a par score of 157 runs. Zimbabwe lost the last-ball thriller, where no one can be accounted for the loss.

After coming back hard at the hosts and winning the last-ball thriller, Namibia will be looking to outplay the hosts. For the final clash, all eyes will be on Michael van Lingen and Gerhard Erasmus, who contributed the most to the win yesterday. David Wiese and Ruben Trumpelmaan will be the key as the pace attack is likely to dent Zimbabwe in the last game.

Going in the game, it will be a belter of a series decider, with the hosts likely to press on the paddle and try to score maximum runs. For me, Namibia will be the winners as they have the potential match-winners who are dependable and far more experienced than the Zimbabwean lineup. Both teams are likely to score over 130 runs.