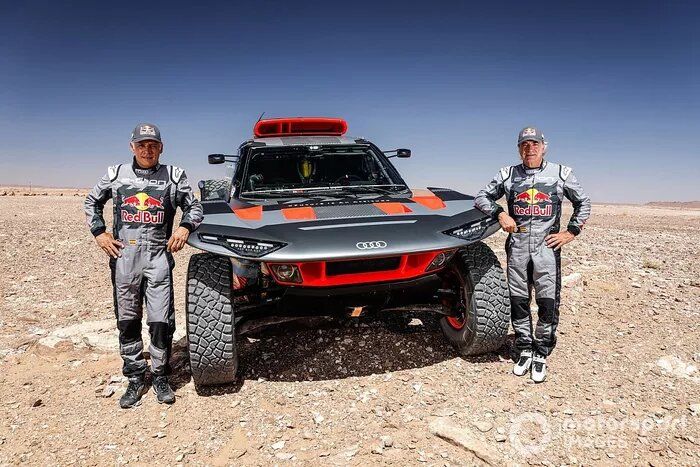 The Dakar Rally will be held in the desert plains of Saudi Arabia, starting from December 31, 2022, to January 15, 2023. During the 5000-mile journey, drivers will experience staggering dirt and drift throughout. However, there will be a rest day on January 9, and from then the final husle will start. Among the key highlights for this event is the partnership with Red Bull Can-Am Factory which will be looking to demonstrate great impressions with their newly launched cars for this special race type and terrain. Moreover, the Audi RS Q e-Tron is likely to produce a maximum of 392 hp, with the driver being capable of accelerating from 0 to 60 mph in just 4.5 seconds. Such stats demonstrate that the upcoming contest will be a tester for all the giants competing in the contest.

Glimpse of the Route

The 3,100-mile course of the 2023 Dakar event should test both drivers and their vehicles to extravagant limits as the event includes time based special stages. The rally will commence in Sea Camp, several hours north of Jeddah on the Red Sea coast, with a nearly seven-mile prologue to decide the starting order for the following day. Before the race moves on to more difficult terrain requiring navigation over cliffs, gorges, and finally sand dunes on the route to Riyadh for the rest day, Stage 1 also starts and concludes in Sea Camp. The route then spends four days traveling through the infamous "Empty Quarter" before steering towards the north into the Dammam. Here are the predictions for top performing racers in the upcoming contest.

After leaving an impression in Bahrain, Sebastien Loeb is confident of making an impact in the upcoming Dakar Rally, which certainly has a testing terrain and is likely to give drivers a tough time. Loeb is confident that his Hunter T1+ will perform impeccably well under the new regulations set by FIA. Don’t forget that Sebastien Loeb missed out on the opportunity in Morocco, when his vehicle experienced a power-steering malfunction. According to the recent statements made by Sebastien Loeb, he invests his complete faith in his vehicle and its overall speed and balance. Sebastien has concerns regarding Audi’s launch this season, but is looking forward to an amazing contest.

Nasser Al-Attiyah - Qatar Racer is Quite Favorite for Winning

If we are talking about the Dakar Rally, then we should highlight the past winnings of Nasser Al- Attiyah in the contest. There’s no doubt that the Qatari hero has the agile attitude and experience for winning the contest. However, maintaining the balance will be the key. In 2022, Nasser and his co-driver won Toyota Gazoo Racings, which is certainly a morale booster for the entire unit. Nasser has managed to travel before the contest and adapt to the hot terrain and tough landscape. Al Attiyah emphasized that he is prepared to defend his championship in this year's competition and compete for a fifth victory in the toughest rally in the globe.

Racing under the sponsorship of Red Bull, Stephane Peterhansel is always running in top hot form and is likely to produce winning performances in the upcoming Dakar Rally. Stéphane raced the brand-new Audi RS Q e-tron for the 2022 Dakar, which featured an alternative driving system that paired an electric powertrain with a high-voltage battery and a highly effective energy converter. For the upcoming race, Stephane and Red Bull are likely to bring some gearing action to our screens.

For the upcoming Dakar Rally, Nasser Al- Attiyah, Stephane Peterhansel, and Sebastien Loeb will be the possible favorites. In my opinion, every racer has a top notch vehicle and support staff at its disposal. I will be backing Nasser to win, however, the other favorites will be making a reasonable impact throughout the 15 days of live action.