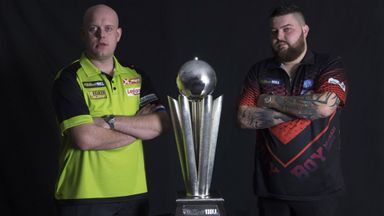 Michael Smith - Can Try to Win Against the Odds

Michael van Gerwen who will be appearing on the screen with a reputation of winning, will look to continue dominating Michael Smith. Talking about Michael van Gerwen’s match form, it has been pretty consistent. With only 2 defeats from the last 5 games played, Gerwen is likely to win.

Michael Smith’s chances are stacked against Gerwen right now. Bully Boy has improved in recent weeks, making three consecutive semi-final appearances, but it’s likely too little, too late for him. Michael van Gerwen’s place in Berlin is already secured, but he’ll be desperate to catch Jonny Clayton at the top of the standings, and the in-form Dutchman appears to be the more likely winner.