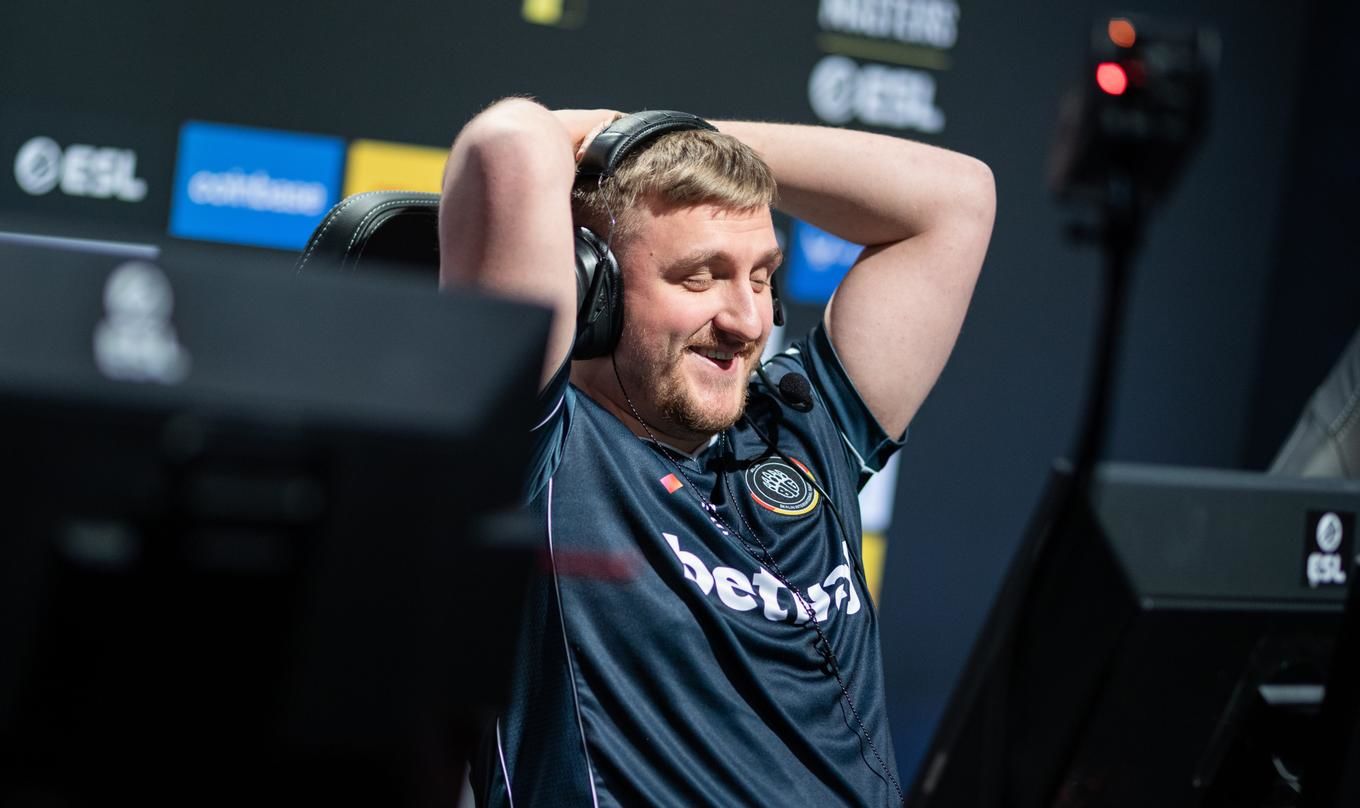 Roobet Cup 2022 is the first tournament for tournament operator Roobet with a prize pool of $250,000. The tournament will be held online. There was no qualification or preliminaries. All the teams were invited to the live tournament. No matter what, the event will bring together the best teams in the world, which means we are waiting for a serious fight.

Both teams involved in this match proved to be dark horses in the tournament. They proved strong enough to beat the favorites and earn a place in the playoffs against them. The clash between these teams will be very entertaining and rich in beautiful moments, as the teams are roughly equal in level and equally hungry for wins.

After the departure of XANTARES, the German organization couldn't find its lineup for a long time and made constant substitutions. What had been played out over the years had to be forgotten, and a new game had to be built with a new squad. Not everything worked out for them in the new year with the new squad. There were losses and given up their rounds and matches. But in the matches against tier-2 teams, you could see a good performance from the Germans. It was evident that they outplayed their opponent, which means there is still potential to perform at the top level. The team, under tabseN, has always stood out for its structured play and a solid game plan. With the new arrivals, BIG now have the necessary firepower, which they sorely lacked after XANTARES' departure. They now have everything they need to play a consistently strong game.

They have a full squad for this tournament and beat a strong opponent in their opening game. Finally, their four-match losing streak without a single winning map was interrupted. They were one match away from the playoffs, but their opponent, FaZe, seemed too strong. BIG, as the underdog, had to show everything they had to win without the advantage of the map pool. And they showed even more! With the comeback, BIG got the win in a hard-fought battle on all three maps. They did it again. After defeating such a strong opponent, bookmakers single out the team from Germany as the favorite in the confrontation. However, their rival, too, has gained form and defeated strong opponents in this tournament. The match for the Germans will not be an easy one. Although their chances of victory are high, they will still have to give their all.

The latest change in the squad is the arrival of legendary Fatih "gob b" Dayik as the head coach.

The best hltv ranking is no. 1 in the world. The current ranking is the 11th.

The Turkish squad itself is very strange. It seems that there are star players who have managed to add their name to the history of CS:GO, but they cannot show consistently good results. Then players make a mistake on a level playing field and give up their rounds, or they overpower opponents on a crazy individual game, kick a player, and three days later reenter the main roster (it was a kick, not a stand-in). Eternal Fire seems to have everything to win and dominate the tier-2 scene, from which they can't get a foothold in tier-1. The vast experience of the individual players, the incredible individual form, the single language should be the key to victory, but something is constantly missing. What is it? I hope that they have found the answer to this question and that they will be able to show their game at the most important tournament of the year.

The Turks have been gaining a lot of form at the moment, as evidenced by the results of their recent games. They are taking their rounds very confidently, committing minimal mistakes. At this tournament, they have the opportunity to face top teams and prove to the world that they are worthy. The match against ENCE was very controversial. The Turks should have won 2-0, but they gave away a cumulative pick (dust2) and couldn't win the overtimes. Next, the match against the Brazilians from Imperial should have been easy for the Turks, but a series of mistakes were made that almost became fatal.

Nevertheless, the victory was obtained with great difficulty. Next, Eternal Fire showed level and strong play in the match against MOUZ, which they approached in the status of the underdog team. They're underdogs again today, but they've proven more than once that they can take the lead sensationally.

The latest change in the lineup was the arrival of Yasin "xfl0ud" Koç.

The best map is overpass, with a win rate of 83% for 6 maps played.