Cloud9 vs FURIA Prediction: Fight for the group lead 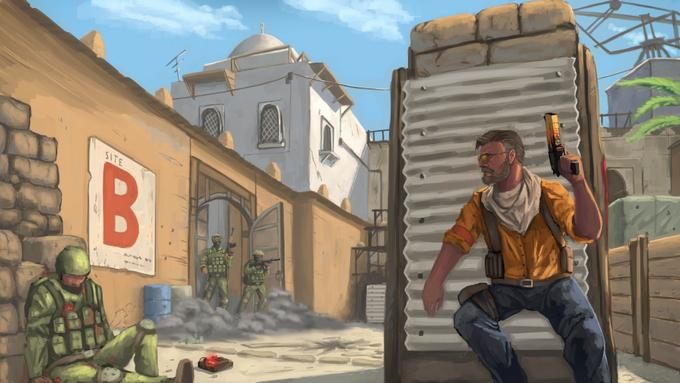 On September 24, Cloud9 and FURIA will play another match in ESL Pro League Season 16. We will find out which team will be stronger very soon. The meeting is scheduled to start at 20:30 (UTC+3).

Cloud9 has had no problems so far in ESL Pro League Season 16. The team has won three matches out of three and has not lost a single map. The Russian team is very confident going through the group stage and is already in second place on the difference of rounds in the entire championship, second only to G2 Esports. Sh1ro and H0bbit demonstrate excellent individual play and are located in the top 4 of the ESL Pro League Season 16. As for the upcoming match, the Russian team has several picks. Vertigo looks to be one of the options. Even despite the Brazilians' last win. Cloud9 has shown a very good game on this map and should have the advantage, especially considering that Vertigo has been one of the guys' best in the world for a long time. There's also Overpass, where Cloud9 has 100% win rate, but the Brazilians look good on this map too, so Vertigo looks preferable.

FURIA: on a good run

FURIA is showing a great game at ESL Pro League Season 16. The team has won all three matches and is claiming first place in the group. While Cloud9 hasn't lost a single map in the tournament, the Brazilians have already lost twice. The defeat on the map from Team Liquid was not a surprise, but the misfire against the Turks was a complete shock. The team played unsuccessfully on Vertigo, which proves once again that the Russian team has excellent chances there. FURIA can take on Inferno, based on their opponent's weakness. Nevertheless, it will be difficult to win, because Cloud9 hasn't lost this map at the tournament yet. The other options are less believable. Picking Ancient, where the Brazilians have 25% wins, doesn't seem logical. Nuke will be banned, the opponent's win rate is higher on Mirage. On Overpass, Cloud9 has a 100% win rate. That's why Inferno looks like the most likely pick, but it will be hard to win there.

The teams have faced off five times, four wins for Cloud9, FURIA victorious once.

Cloud9 is showing a great game, the team has not lost a single map and is the favorite of the upcoming match. Bookmakers offer odds of 2.01 on Cloud9's victory with a handicap (-6.5), which looks like a good option.