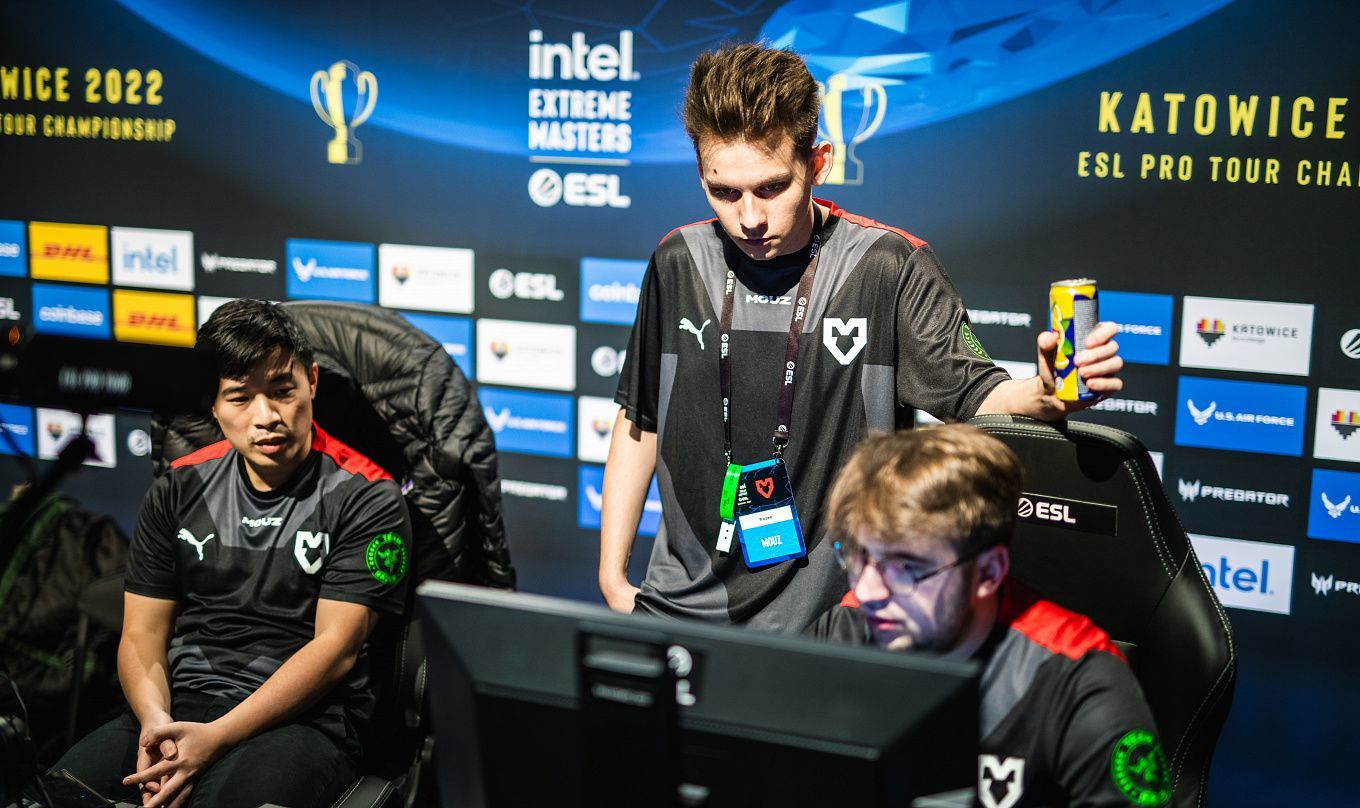 ESL Pro League Season 15 is a historically important event for the global community, and its importance is nearly impossible to underestimate. The title is more important than the massive prize pool of 823,000 bucks that CS:GO has to offer. The tournament is unique in its system and its duration. For a month, the participating teams will defend their organisation. The tournament features 24 teams divided into four groups of 6 teams. The first-place team in the group will receive a slot in the quarterfinals. Second and third-place teams will advance to the first leg of the play-offs.

Unlike the opening match of the EPL, this encounter does not appear to be a one-sided affair. In the red corner of the ring, we have MOUZ, who is gaining momentum with a new line-up. In the blue corner, there are already experienced players from Russia. Both teams have something to prove, and this match is a good opportunity to make themselves known.

Entropiq: Time to return to form

Entropiq have had a poor start to the season. After suffering a string of defeats, they've left a lot of questions marking their form. Despite this, the Russian players have every chance to get off to a good start in this tournament and prove themselves in the later stages. Their first opponent will be a team from MOUZ. You can't beat such an opponent without good preparation. The team had been playing this squad long before they signed with Entropiq. There should be no doubt about chemistry and communication. Also, the guys already have a lot of experience in big tier-1 events and more than once have tasted victory over the favourites. So it's time to return to form and start with a win in the first group match.

The best ranking, according to hltv, is 9th in the world. The current ranking is 11th.

I feel that MOUZ has been searching for their game for over a year now. After the departure of karrigan, the roster was subject to constant changes, so it was not possible to build a consistent game. Once again, the team will play with a new line-up. Nathan "NBK-" Schmitt has replaced "ropz". In terms of experience, the replacement is equivalent, but whether the Frenchman will be a full-fledged replacement for the Estonian in terms of firepower is the question. Or maybe his role will be completely different? There was also a replacement which was being asked for a long time, namely Ádám "torzsi" Torzsás replaced "acor", who still could not find his game in the year sniper role.

They were not in a full squad at the only tournament the team played in. But, even so, they left a good impression. For no one, they were an easy opponent, everyone gave battle, and if they lost, it was in a very close game. Now it's time to show what they can do!

The best hltv rating is 6th in the world. Now they're ranked 13th.