Sprout vs FaZe: An easy game for the karrigan's team? 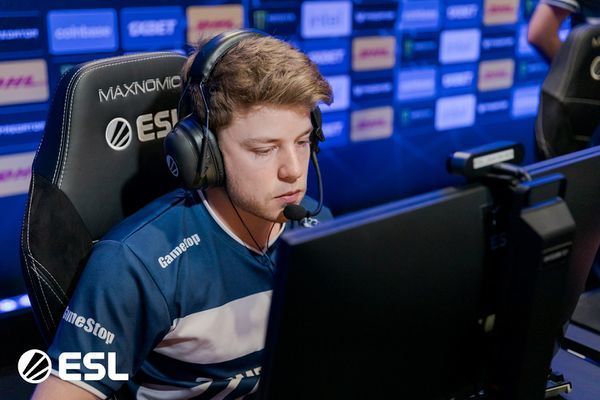 The IEM Katowice 2022 Play-In is an offline tournament that will take place on 15-16 February 2022 in Katowice, Poland. The event will offer a prize pool of $28,000 and 8 tickets to IEM Katowice 2022. Out of 16 teams, only one CIS team, Entropiq will fight for the main event slot. Will MOUZ, after a long rest and some line-up changes, be able to get off to a great start to 2022 and win the first leg of the tournament? Or will the Brazilian squad be stronger? We will find out the answers to these questions very soon, and besides that, we will be able to enjoy a nice and entertaining CS.

On December 15, Sprout and FaZe will meet in the first match of the IEM Katowice 2022 Play-In. Which team will be stronger and will win the opening match?

Sprout is a German eSports team that competes at level 2.3. The team is currently ranked 20th in the world, which is a great result for a team that rarely competes at the level tier-1. A little over a month ago, the team underwent some interesting changes. FaveN and KEi left and were replaced by Staehr and Marix. Unlike many other tier-1 teams, Sprout didn't rest in January but played actively in tier-2,3 tournaments. The biggest achievement for the European side was winning the ESEA Premier Season 39 Europe, where Spiidi earned $20,000 and a slot in the ESL Pro League Season 16 Conference. In essence, Sprout is one step away from reaching the tier-1 scene, but they need to gain experience playing against tier-1 teams now, and IEM Katowice 2022 Play-In would be a great opportunity for the European squad.

Sprout's first match in the Play-in stage will play FaZe Clan in BO1 format. Team Spiidi's best map is dust2 with an 85% win rate and the worst nuke with a 33% win rate. Although Sprout has much better statistics on maps, they are still the outsiders of this confrontation, and it will be very difficult for them to play against a team like FaZe. It is important to note that with this result on the maps, Sprout scored on the tier-2.3 stage, and it is unlikely that the European team would have such statistics, with the constant play on the tier-1 stage.

FaZe: How will the substitute play?

FaZe is a controversial team that could have performed much better in 2021 and performed more decently. Last year, FaZe Clan failed to win any of the major tournaments. The maximum European squad was second place at the SteelSeries Invitational 2021 and 3-4 places at IEM Cologne 2021 Pinnacle Fall Series 1. It's important to note that olofmeister in the roster kept leaving and returning. In his place came the young and promising ropz, who currently has 1.34 KD in the last month. Unfortunately, the young player only managed to play in the BLAST Premier Spring Groups 2022, where FaZe took 1-3rd place. IEM Katowice 2022 Play-In he will have to sit out due to a coronavirus. At first, the community thought that olofmeister would be back in the line-up for a while. However, the player himself announced that he would not play for the team as he flew to New York. As a result, former Complexity player jks will play instead of ropz on the Play-in.

We will find out how this change will affect the team in the match against Sprout. But what this replacement won't affect is the team's mappool. FaZe's best map is inferno, with an 83% win rate. But at the same time, the European team has three maps with 0% wins, which greatly spoils the overall picture of the mappool. In the match against Sprout, the teams are likely to play on inferno. On this map, Spiidi has a 75% win rate.

FaZe Clan, even though ropz will not be able to participate in the tournament, is still a favorite in the Play-in stage. In the match against Sprout, the karrigan's team should easily beat Spidi. The bookmakers offer 1.92 for FaZe Clanto with a handicap (-4.5). In addition, you can take on Total Under 25.5 rounds on the first map for 2.00.