Content
To top
1.
Vitality: What Will They Show After the Break?
2.
Outsiders: a Win Would be a Sensation
3.
Expert Betting Tips
Users' Choice
1632 200 USD 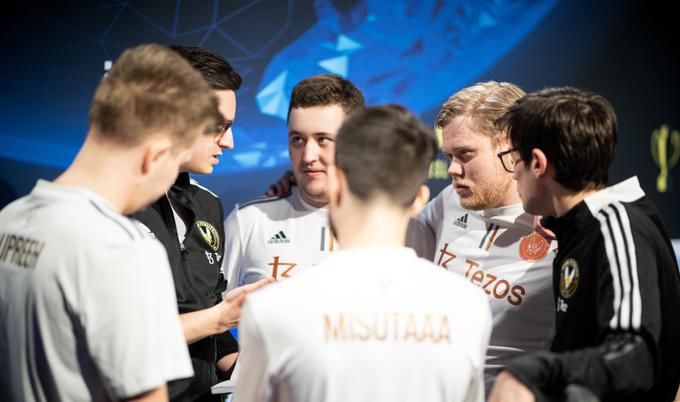 After a month's break, the Vitality team enters the game. After winning the group, they waited a long time for their opponents in the quarterfinals, where the team Outsiders made it through the thorns. Whether Vitality will get into game mode quickly after the long break, we will find out very soon.

Vitality: What Will They Show After the Break?

At the beginning of the new season, the Vitality team made a replacement to strengthen the team. ENCE star Spinx joined the squad. As expected, he blended in well and gave everyone the firepower they needed to compete with their opponents from the top of the world. In the previous tournament, the Vitality team performed well and performed confidently. They were able to get used to the new player quite quickly and proved that they could compete with the best teams.

They are off to a perfect start in this tournament. The bright performance from the beginning of the game showed that the players were in good shape and motivated to win. They realized all their chances perfectly and took the lead in the group. Their four wins allowed them to advance quickly to the playoffs. Even when the last group stage game didn't mean much to Vitality, they didn't let up and played it to the best of their ability.

Since they played in the first group, they had a break of just under a month. They did not play any other tournaments or official matches. Nevertheless, they didn't rest or waste time training, developing tactics, and watching potential opponents. In the game against the Outsiders, they will be the undisputed favorites. They outshine their opponents in terms of standings, world rankings, and experience. However, the Outsiders play extreme individualists, who are always happy to find a duel and show their incredible shooting. Therefore, the Vitality team must approach the match in its best shape.

The last change in the lineup was the arrival of Lotan Spinx Giladi.

The best map is Dust2, with a win rate of 75% for four maps played.

Outsiders: a Win Would be a Sensation

Outsiders finished very poorly last season. They did not perform consistently with the new roster, losing and giving up several positions in the rankings. This is the first official tournament of the new season for them. The break was necessary to adapt to the new players in the lineup fully. Even with them (who already have some experience), the backbone of the team and the coaching staff are experienced enough for the team to perform at the highest level. Outsiders made it to this tournament through a qualifying tournament, ending up first. Outsiders did not experience any difficulties against tier-2 teams, which speaks volumes about their class.

The guys showed good play during the group stage and reached the playoffs. Their first opponent in the playoffs was FURIA, who were only good enough for one map. Outsiders, of course, gave up their choice but had no problem finishing the match on the remaining two maps. But the next game will be challenging for Outsiders because there is no advantage, and any strong card will be even more vital for the opponent. Most likely, we'll say goodbye to Outsiders in this tournament, but they got to such a deep stage; playing against the best is already a victory.

The last change in the lineup was the arrival of Petr fame Bolyshev and David n0rb3r7 Danielyan.

The best rating according to hltv is 4th in the world. Now it is in 16th place.