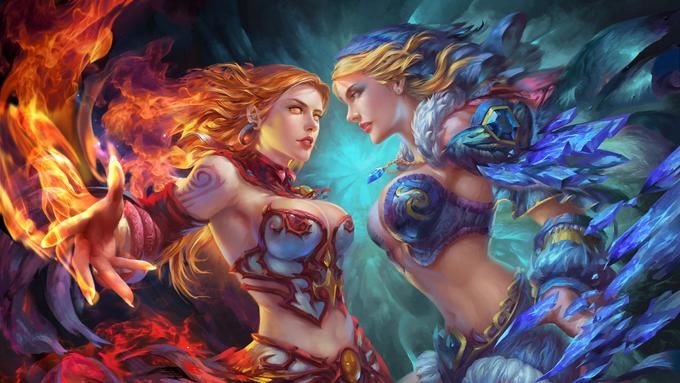 Western European qualification for The International 11 begins on September 13. This region is considered one of the most difficult to qualify for. The competition in Europe is very high. The International 2022 is the eleventh tournament in the series. This year, the championship will be held in Asia for the second time in history. True, this time, the organizers have added the number of participants. Now for the main prize will fight for 20 teams instead of 18. The qualifiers will be played for one slot in the group stage TI and two slots in the Last Chance stage. Now all Dota 2 fans should get ready. Here comes the fun part!

On September 13, Alliance and Entity Gaming will play their opening game in the qualifiers for The International 11. Which team will be stronger, we will find out very soon. The start of the meeting is scheduled for 20:00.

Alliance is still performing miserably. The team ultimately failed the first division of Dota Pro Circuit 2021/22 for Western Europe. The guys lost all seven group stage matches without winning a single map. The team barely struggled, giving up meetings in an hour. All the more surprising was Alliance's invitation to ESL One Malaysia 2022, where tier-1 squads were gathering. No one believed that the Europeans could get even one win at the tournament. It didn't happen. Alliance could only draw twice with Talon Esports and Thunder, ending up the worst. It is worth noting that w33 looks good. Almost all of their map, the team won thanks to Alivi. We saw that carried out replacements have not strengthened the team. It is hard to imagine that the arrival of Dukalis and Limitless Alliance will rise to a higher level. This is still a weak team.

Entity Gaming has been showing great results lately. The team took 5th-6th place in the majors, which, given the level of competition and the standings in the lineup, is very impressive. At ESL One Malaysia 2022, Entity Gaming looked good. The team placed 5-6 again, losing to Fnatic in the second round of the lower bracket. Nevertheless, the team performed very well, especially considering that this tournament was unnecessary for the guys. They will play even harder in qualification because Entity Gaming has to go to The International. Yes, it's possible that they won't get the first line, but they must get into the top 3. In addition, most of the teams from the qualification it has already beaten in the DPC season, for example, Alliance.

Alliance still looks weak. Substitutions have not changed anything. Entity Gaming is one of the favorites to qualify and should pass to the next round without any problems. Bookmakers offer odds of 1.63 for Entity Gaming's handicap (-28.5), which looks like a good option.