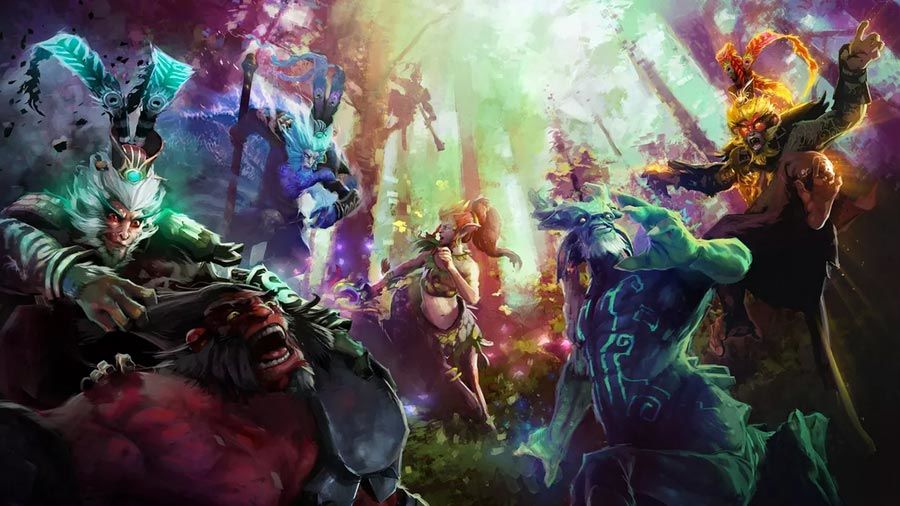 The second DPC league of the 2021/22 season in the Asian region will continue on Saturday, April 2. Fnatic and Nigma Galaxy SEA will meet in the second match of the day of the elite division.

DPC SEA 2021/2022 Tour 2: Division I is an online Dota 2 tournament taking place from March 16 to April 21, 2022. The top eight teams from the Southeast Asian region will battle it out for $205,000. On top of the cash prizes, the teams will battle it out for three straight promotions to the majors and the crucial DPC points needed to qualify for T11.

What Fnatic lacked in winter was a good start that kept them from winning the first league of this DPC series, but in spring, the boys recovered and started the new tournament better than any other in Southeast Asia. Fnatic is the only team in the elite that has not yet tasted defeat this spring. The boys defeated OB.Neon (2-1) and then fought another Philippine side, Execration (2-1). Both matches weren't that easy, but the most important thing was winning. So far the favourites have a series of games against teams that are certainly weaker than Fnatic, so the points regularly add to the tournament's piggy bank.

Before the start of the new season, the Fnatic team was part of a Dubai lan tournament called Gamer Galaxy. Invitational Series Dubai 2022. The Asian leader was one step away from making the playoffs, but lost in replay matches to the Americans from TSM. But more importantly for Fnatic, they are off to a much better start in the new DPC league than they were in the first round.

What a great way for the Fnatic team to finish the first DPC league. They staged massive replay campaigns to come out victorious, finishing second at the end of the season. But somehow the hiatus didn't reflect well on that team, and Fnatic crashed out of the Regional Finals without getting a point from the extra DPC point pool. This tournament is an awesome test of strength for the Asian grande to start the second season of the DPC leagues already played and finally not lose at the start of the tournament.

It's worth realizing that Fnatic have improved their game over the past first DPC league and it's a shame that instead of playing in the majors this team had to play again against opponents from their region, who in a month were well prepared for the return of the Fnatic players to the leaders.

After a lacklustre showing at TI10, the Fnatic squad returned from Bucharest and went on holiday without playing any official games. Armel, an experienced mid who had been with TNC Predator for over three years, moved to the middle lineup, while Jaunuel, the former OB Esports x Neon star, moved to the top five. In January, a full team synchronization took place and Fnatic was again transformed into a powerful Asian force.

Asian Nigma started in the elite division with a 0-2 defeat to fellow debutants Polaris Esports. The bookies had more faith in the Galaxians, but they showed their failure. This was followed by a sensational technical victory over champions BOOM, who were unable to get on the server in the hour of play and those points are the only ones so far, it will be surprising if they end up being enough to retain their place in the elite division. Exactly a week ago, Nigma Galaxy SEA lost to the T1 team (1-2), but to my surprise gave those guys a fight.

Nigma Galaxy SEA is extremely negative in their level of play among all the teams of the Asian elite. The Singapore squad is well sponsored by Arab sheikhs, but so far the money has not paid off. It's clear that Nigma Galaxy is more interesting with their European line-up, and they've left the Asian team as a reference to the past. The squad has been together for a long time, but the results are far from impressive, although making it to the DPC elite is an achievement that will be extremely difficult to repeat.

Before the start of this DPC league, the team competed in the Gamer Galaxy lan tournament. Invitational Series Dubai 2022, but as hosts did not win a single map. But let's be honest, the opponents were far too status-oriented for them. I still have Nigma Galaxy SEA in my mind as the first team to be relegated back to the second division, but if they can surprise me today, maybe they will be able to compete for the elite title.

Fnatic is going undefeated, while Nigma Galaxy SEA cannot beat anyone except for a technical win against BOOM that couldn't log onto the server because of problems. Therefore I recommend betting on a handicap 1 (-1.5) for 2.00.

The second map will not please with a lot of kills, so I recommend betting on Total Under 57.5 kills for 1.72.